Mike Sussman finishes off the Syrrannite arc this week with Kir’Shara which originally aired on 3 December, 2004.

Archer (Scott Bakula), T’Pol (Jolene Blalock) and T’Pau (Kara Zediker) work to deliver the Kir’Shara a Vulcan artefact that contains all the writings of the philosopher, Surak, who cited peace and the beauty of Infinite Diversity in Infinite Combinations (IDIC) to the Vulcan High Command. They want to stop the hunt for the presumed terrorist faction, the Syrrannites, who are in fact strict followers of Surak, as well as put a stop to the potential war between Vulcan and Andor which has been building for three seasons.

Aboard the Enterprise, Trip (Connor Trinneer) is in command and soon finds himself caught up in an interstellar conflict as Vulcans and Andorians square off.

Shran (Jeffrey Combs) is leading the Andorian fleet, and abducts Soval (Gary Graham) to learn the truth of the Vulcan’s motives, and the location of their fleet, because he doesn’t believe that Soval would turn against his people. Soval has, because he is a Syrrannite as well, and is working towards peace, even if he has to endure Shran’s torture.

By episode’s end, there is a change in Vulcan leadership and policy, the katra Archer was carrying has been removed, and T’Pol’s arranged marriage, which she did to help her mother, has been absolved – time for Trip to move in there.

It’s a great trilogy of episodes, including the Romulan reveal, and it grounds Enterprise more strongly in the Trek universe than almost anything preceding it.

Coming on the heels of the Syrrannite arc this one feels like a bit of a stumble, but is still a solid tale. Dr. Emory Erickson (Bill Cobbs) who invented the transporter comes aboard the Enterprise to conduct an experiment in subquantum transportation. He is accompanied by his daughter, Danica (Leslie Silva).

Once onboard, it becomes clear that Erickson has a different plan. It seems he lost his son 15 years ago in one of the early transporter experiments, Emory now believes he has a way to retrieve him.

It’s a good Trip episode, as it lets him start to reconnect with T’Pol, as well as test the old adage that you should never meet your heroes. He’s idolised Erickson since his youth, and now having met, and with Erickson being so secretive, and trying to keep Trip uninvolved, it rather hurts him I think.

The episode also puts a strain on the relationship between Archer and Emory, who have known one another since Archer was a child. Once the truth is revealed, Archer helps, but he’s less than happy about the way Erickson went about it.

As the episode draws to a conclusion, Trip and T’Pol seem to have parted ways as she studies the Kir’Shara, and Archer is left a little saddened anew by the loss of Erickson’s beloved son.

The Human Adventure continues next week as I explore more of Star Trek: Enterprise – The Complete Series, now on blu-ray, and available from Paramount Canada. 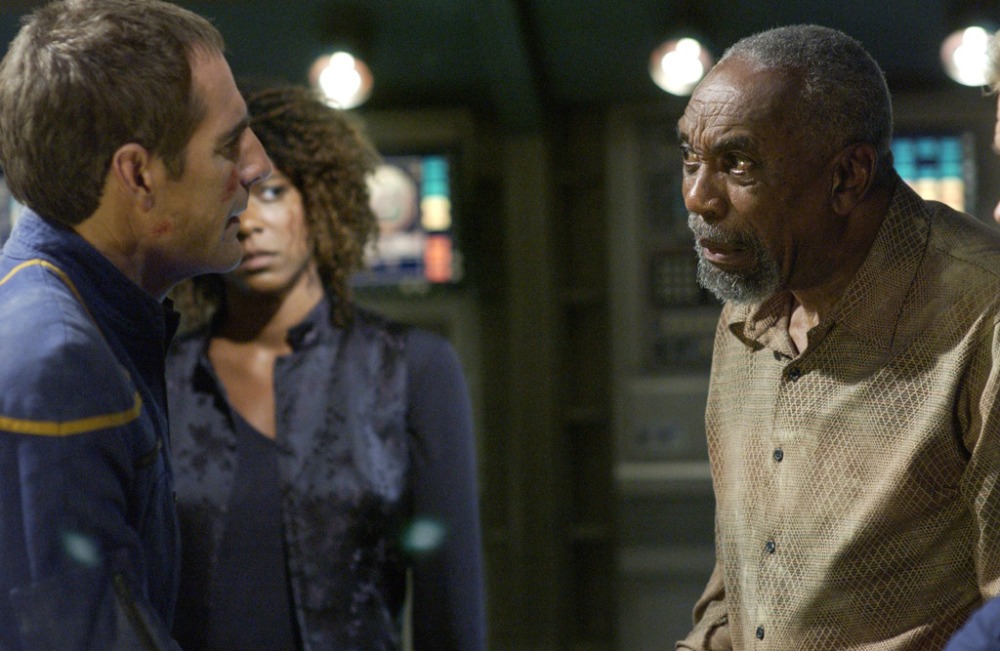