Pierce Brosnan’s third outing as Ian Fleming’s James Bond is the next 007 film for me to view following my reading of For Your Eyes Only, having previously reviewed all the preceding 007 films to that point.

This one is a mixed bag as it has perhaps the worst female lead casting for a Bond film ever when the producers cast Denise Richards, sans screen test with Brosnan (as rumour has it), and consequently the pair lack anything like chemistry and her name, Christmas Jones, is there just to deliver one terrible joke at the end of the film.

When her father is killed in MI6 headquarters, Bond is assigned to look after Elektra King (Sophie Marceau). Elektra has a history, she was a famous kidnap victim, and in fact, the pre-credit sequence ties into the main body of the ploy as Bond is tracking the money, and is allowed to escape with it.

The money leads to a man named Renard (Robert Carlyle). A man who can’t feel pain due to a bullet lodged in his head that is slowly killing him. And it leads back to Elektra, his kidnapping victim.

There’s a plan here,one not unlike Goldfinger. Renard and Elektra plan to use a stolen nuclear submarine to irradiate and destroy massive pipelines, driving up the price of the oil Elektra already owns. 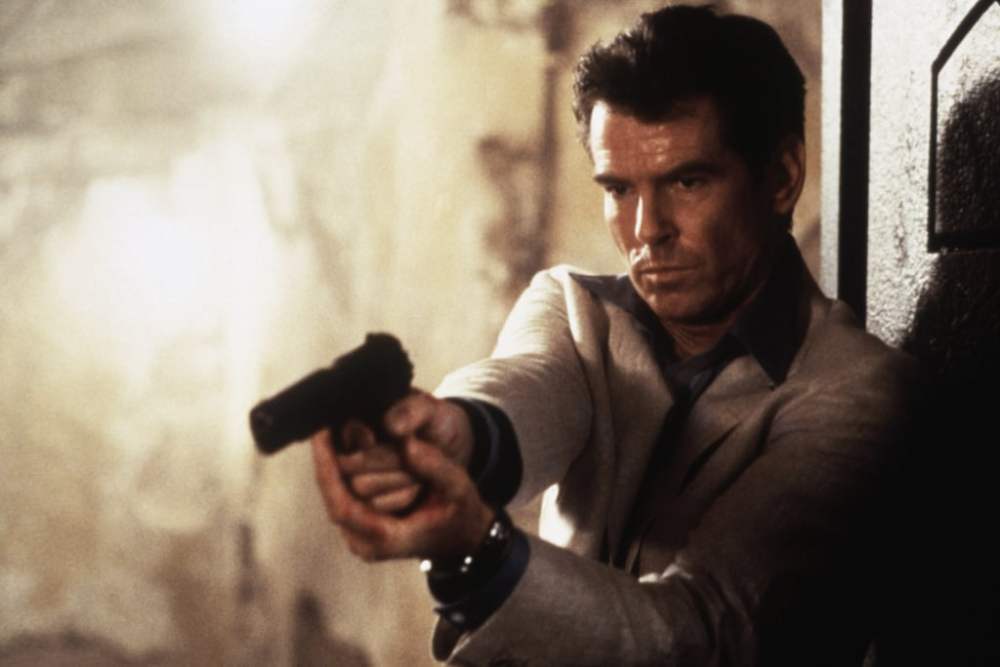 It’s not the best Bond, nor is it Brosnan’s best, but there are some great sequences, the mini-boat chase in the pre-credits opener, the parahawks, and anytime Brosnan and Carlyle square off.

The film also marks the final appearance of Desmond Llewelyn as Q. The actor passed shortly after it was released.

David Arnold delivers a John Barry-esque score, but the film itself feels unbalanced, alternating between what could have been a nicely dark storyline, to camp even out-of-place humour. We also see that even injured, Brosnan’s Bond is fast approaching indestructible super-spy status, and by the late 90s, movie-goers, and Bond lovers wanted something a little more.

It looks great, has fantastic locations, and while Christmas Jones is a cardboard cutout, Elektra has a little bit more going on character-wise. Brosnan is comfortable in the role that everyone had wanted to see him in for years, and the supporting cast including Judi Dench’s M, and Samantha Bond’s Moneypenny are great. We even get the return of Robbie Coltrane’s Zukovsky, good or bad, that’s up to the viewer.

Since The Living Daylights I have seen every James Bond in the theatre, and this one despite the way it looked, and Brosnan exuding Bondian cool, bored me. Since then it’s grown on me, and there are moments I like, and I definitely rate it higher than Moonraker, but this wouldn’t be in my top ten Bond films.

Still, there’s something in every 007 film I enjoy, and there are little character bits, stunts, and music cues that I do enjoy, and consequently, I’m always ready to settle in for a 007 film.

James Bond Will Return in Die Another Day, the next Bond in the series, and the next one I’ve never reviewed.