Micheal Bryant continues the Augment arc that began in the previous episode, with this story, Cold Station 12, that he wrote. It first aired on 5 November, 2004.

With Malik (Alec Newman) at his side, Dr. Arik Soong (Brent Spiner) leads the augments to Cold Station 12 which holds not only augment embryos, but countless diseases, all ready to be weaponized, if needed, by Soong.

Captain Archer (Scott Bakula) and the rest of the Enterprise crew set off after them. But while Soong and the augments are getting information, and supplies from the station, the Enterprise arrives to cause problems for them, and tensions, mount between the two.

Archer is captured by the Augments, along with Smike (Kaj-Erik Eriksen), who was left behind by the Augments because he wasn’t as advanced as they were. This gives Archer an ally, even as Soong begins to see how dangerous his creations have become.

We race towards another To Be Continued ending as the Augments escape Cold Station 12, and Archer, still aboard it, races to stop a breach that will destroy the station and everyone aboard.

These are a great bunch of episodes for Spiner as it lets him play someone who is not data, and is very different from Soong’s later relations. While he can be dangerous and manipulative, he won’t necessarily take a life. Something that he is shocked to see that Malik and the others have no trouble doing.

How will the story finish playing out? I guess we’ll see in the next episode. 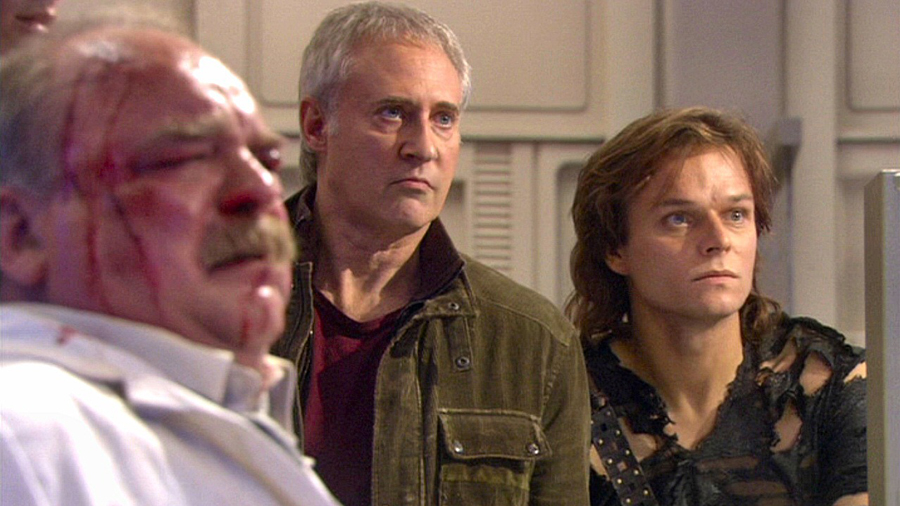 LeVar Burton directs the last episode of the Soong/Augment arc. With a script by Micheal Sussman, this episode first debuted on 12 November, 2004.

With the augment embryos, as well as a handful of diseases, Soong, and Malik plan to exacerbate tensions between Starfleet and the Klingons until they plunge into war. If Archer, Reed (Dominic Keating) and Phlox (John Billingsley) can get off Cold Station 12, and rejoin Enterprise, they may be the only chance of stopping them.

As Soong finally realises how dangerous his creations are, and see that they do tend to create a war, he is rescued by the Enterprise, who save a Klingon planet just in time, but are unable to save the Augments in their stolen Klingon vessel, as a space battle ensues.

Soong is returned to prison, where he starts contemplating cybernetics, and the story wraps up nicely.

In terms of crew continuity, we are given a moment between Trip (Connor Trinneer) and T’Pol (Jolene Blalock) where they ruminate that perhaps the science officer being married spared her a troubled relationship with the engineer, as its unsure whether it would be a good genetic match, would they be able to have children?

Of course, we know the answer, and we also know we want to see them together…

The Human Adventure continues next week as I explore more of the fourth and final season of Star Trek: Enterprise – The Complete Series, now on blu-ray from Paramount Canada. 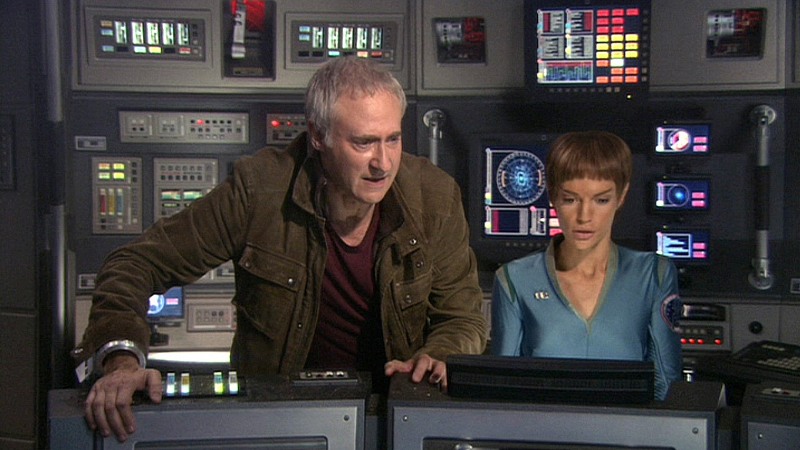