The first of the underwater movies to be released in 1989, Leviathan, a fun little creature feature with monster work Stan Winston, is the next film in DK Canada’s Monsters in the Movies for my viewing pleasure.

Shooting dry for wet,as opposed to James Cameron’s exemplary The Abyss, the film follows a crew of deep-sea miners who come across a sunken Russian sub, and a terrible secret which soon breaks loose in their base, and begins to stalk and kill them one by one.

Featuring Peter Weller, Amanda Pays, Richard Crenna, Ernie Hudson, Hector Elizondo, Lisa Eilbacher and Daniel Stern as the doomed crew, the film is filled with familiar beats, and decent, but not awesome effects, until Stan Winston’s creature shop gets involved, and we’re delivered a paint-by-numbers monster movie that is still better than a couple of the others that came out the same year, though I happily enjoy all of them, I’m looking at you DeepStar Six (and I LOVE The Abyss).

Cosmatos who directed Rambo: First Blood Part II, and Cobra, brings along Jerry Goldsmith to give us a solid score, in fact the film has everything working for it. But it’s wet for dry, and lack of lived in world, not to mention the hokey plot (which steals liberally from Alien) do everyone in it a disservice. But it’s still so much fun!

Despite the dialogue, and the somewhat sense of camaraderie and tension among the crew,another half an hour at the beginning of the film building character and tension could have paid off fantastically. They steal from Alien, but they don’t learn from it. Nothing happens except spooky mystery in the first hour of Ridley Scott’s classic sci-fi film.

Winston’s creature effects are great, and that man’s work is legend for a reason. This monster is pretty damned foul looking, part aquatic beast, part some THING else.

And it’s hard not to like Weller (I’ve been a fan since RoboCop, but more importantly, Buckaroo Banzai), Hudson, and Pays, they make a great unit as the rest of the cast gets whittled down around them (spoilers I guess?).

The story moves along briskly and Cosmatos is a fairly solid director for the type of film he’s making. It’s fun, entertaining and a no-brainer. This is a prime, late 80s, popcorn movie. As soon as it’s over you’ve almost forgotten you’ve seen it, but you had fun watching it.

And in all honesty, I like revisiting this one, DeepStar Six and The Abyss every now and again. There’s just something about them that keeps me coming back.

I can’t what to see what DK Books’ Monsters in the Movies has for me next! Pick one up for yourself and find something monstrous to watch tonight! 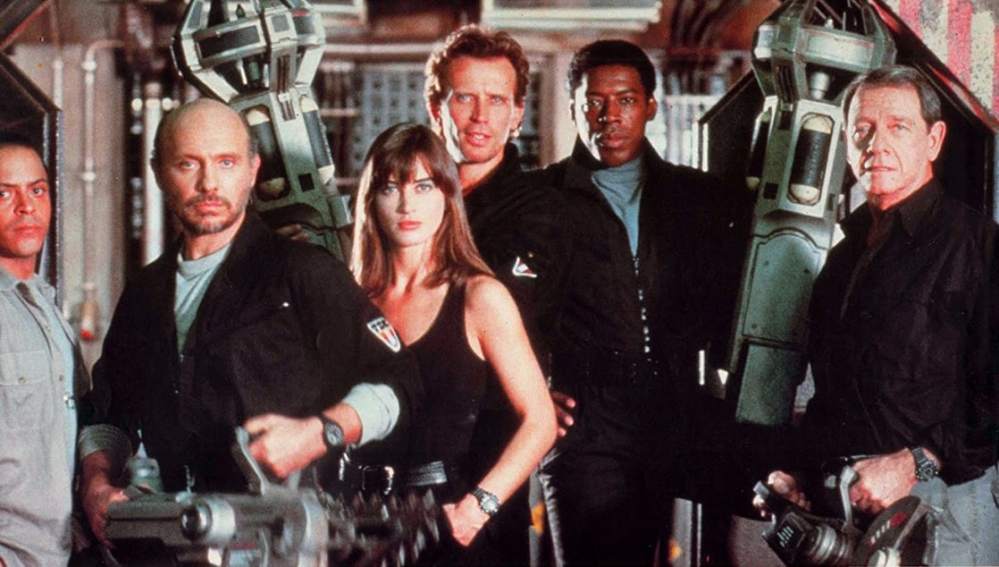