It’s time for another Bond film to join the 007 on the book shelf. And we come to one of my favourites, and the first one I ever saw in the theatre. Until this one came along, I had worked my way through the James Bond films in no semblance of order, as I was able to get them from my local video store, Vision Video.

This was the introduction of an all new Bond, Timothy Dalton was taking over the role from Roger Moore (long overdue, as fun as Moore was at the time, he was far too old to be carrying on as 007). With Dalton’s introduction, the series tried to become a little more grounded, harder, and a little more faithful to the creation of Ian Fleming’s character.

The film features John Barry’s last score (and one of his best as far as I’m concerned, marrying all the themes, motifs, and moments into one beautiful score that embraces the modern, while honouring the symphonic) for a Bond film, and a kicking title track (as far as I was concerned, and I still dig it) by A-ha, as well as a couple of tracks by The Pretenders. Boy did I wear that tape out on my walkman.

The new Bond finds himself aiding a Russian cellist player, Kara Milovy (the lovely Maryam d’Abo, hello new crush) as he hunts down a Russian defector, General Koskov (Jeroen Krabbe) who is working with an arms dealer, Whitaker (Joe Don Baker, who would appear later as a CIA operative in the Pierce Brosnan era). 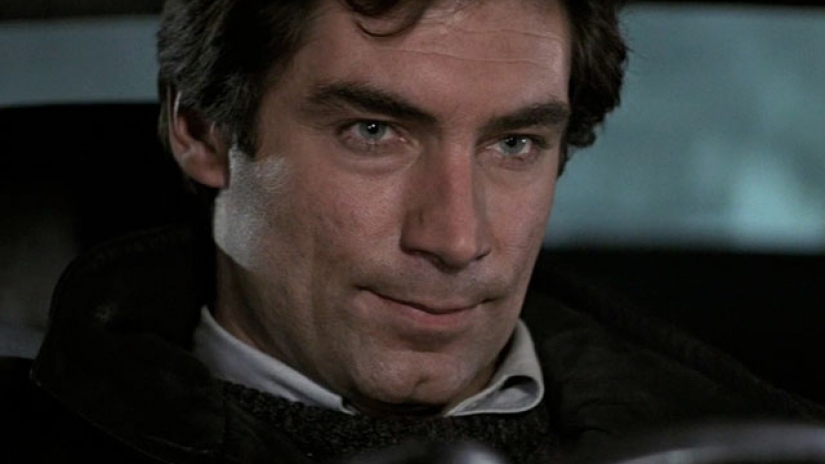 The film marks the final appearance of Walter Gotell’s General Gogol, and introduces us to a new Moneypenny (Caroline Bliss) and gives Q (Desmond Llewelyn) a fun little scene in his lab, as he introduces Bond to his new car, the Aston Martin V8 Volante, with a few optional extras installed.

The film has a henchman baddie, Necros (Andreas Wisniewski) who is able to alter his voice, and is a bit of a disguise master, and really likes to kill with his walkman’s headphones (on which he listens to The Pretenders ‘Where Has Everybody Gone?’)

This one will always resonate with me, I was fifteen when this one came along, and I recall every moment of it in the theatre I saw it in. Dalton was now my favourite Bond, coming in just under Connery, but even then, above Roger Moore.

Featuring great location work, and some great little action beats, director Glen gives this 007 a bit of a welcome edge, and Dalton’s portrayal rings a little closer to true than Moore’s ever did, and more in line with Connery’s.

I totall dug this new take on the character when I was fifteen, as I hadn’t read any of the novels at that time, and loved that a large percentage of the gadgets that had been the hallmark of the series were ejected for a more spy thriller story.

I was in, and hoped Dalton would be around in the role for awhile. Apparently, my opinion didn’t amount for much, but James Bond will return in… Licence to Kill.