Johnathan Fernandez pen the teleplay for this episode from a story he developed with Terry Matalas. It first debuted on 8 October, 2003.

The Enterprise discovers another anomaly in the Delphic Expanse, when they respond to a distress call from a lost Vulcan ship. When they arrive they find the crew in a very strange condition, and must find out what happened before the same thing consumes T’Pol (Jolene Blalock).

Archer (Scott Bakula), T’Pol, and Reed (Dominic Keating) must fight their way off the infected Vulcan ship which basically plays as Trek’s version of a zombie story. The b-plot sees Trip (Connor Trinneer) and Mayweather (Anthony Montgomery) attempting to cull some trillium-d from the asteroid field that the Vulcan ship is discovered in.

While Archer and company fight for their lives, Phlox (John Billingsley) discovers that the trillium-d, which they’ve told will protect the ship and the crew from the anomalies of the expanse, is the very thing that has infected the Vulcans and destroyed their mind.

This is a fast-paced tale that lets the series visit some well-trodden horror beats, tropes, and moments, but set them amongst the stars of the Trek universe instead. And it works. You know T’Pol is beginning to succumb to the infection not just from the makeup effects, but when her emotions start to flare up, and that is somehow more troubling… seeing a Vulcan lose their cool.

And while the Xindi are barely mentioned in this episode, we know this ties into the overall arc, because it alludes to everything we’ve learned about the Delphic Expanse to date. 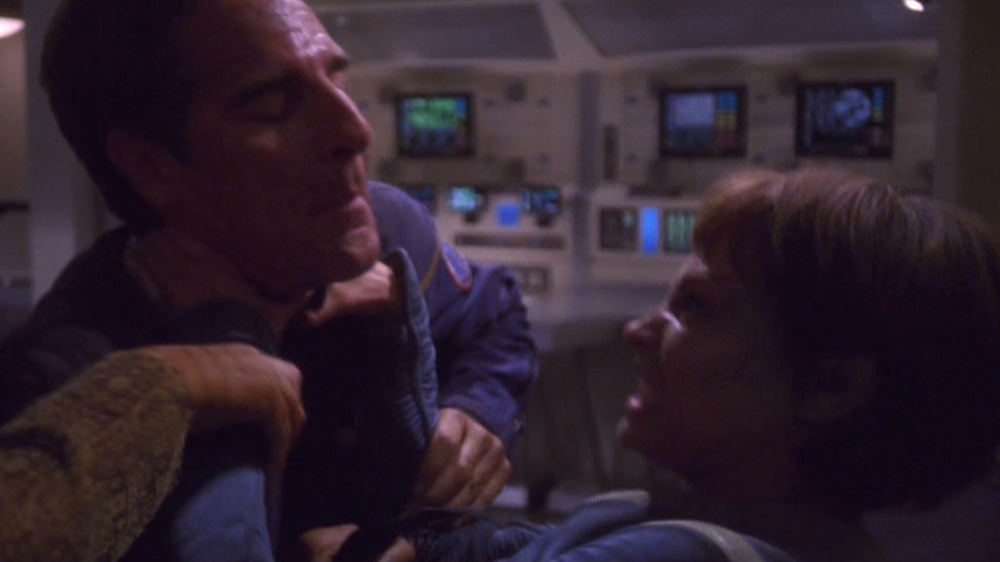 Roxann Dawson directs this episode with a script by Phyllis Strong. It debuted on 15 October, 2003 and gives Hoshi Sato (Linda Park) another bit of limelight.

Hoshi is contacted by a mysterious and ancient telepath, Tarquin (Maury Sterling) who has long lived in exile. He agrees to help the Enterprise find the Xindi, but has one condition. Hoshi must stay with him.

Honestly, this sounds a little bit like the story line for Beauty and the Beast. Although it definitely plays as spookier as Hoshi starts hearing and seeing things, at least until the Enterprise actually arrives at the alien’s planet.

Tarquin has an ulterior motive, he wants Hoshi to stay, and isn’t opposed tricking her to do it. He’s lonely, and wants a companion.

Meanwhile, Trip, T’Pol and Archer investigate a Xindi sphere, and learn that there may be more of them than they thought. Both stories tie in nicely with the Xindi storyline, and pushes it along a little further. And it’s always nice to Hoshi take centre stage.

The Human Adventure continues next week as I explore more of Star Trek: The Complete Series on blu-ray, now available from Paramount Canada. 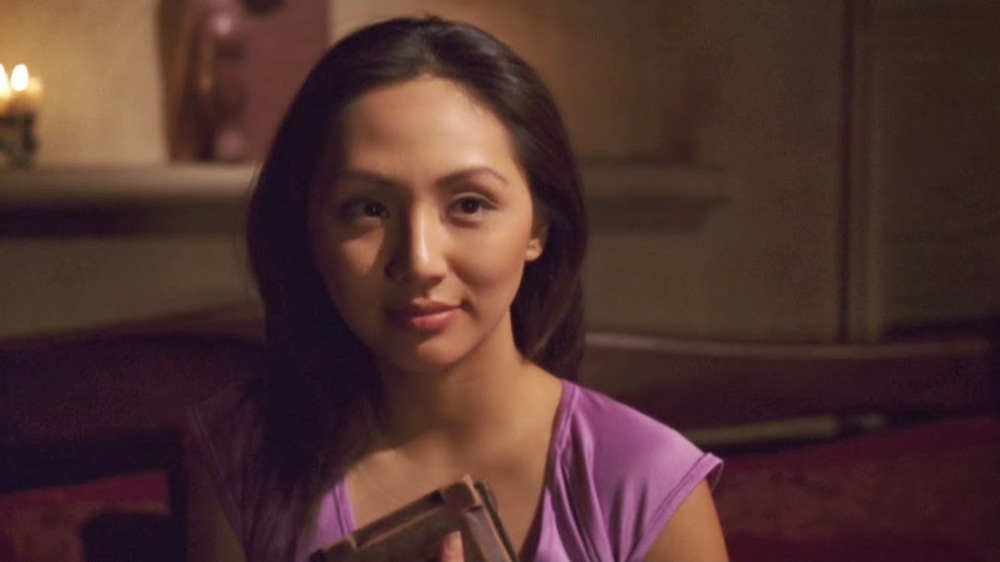