Roxann Dawson directs this episode that was written by Mike Sussman, Phyllis Strong and Hans Tobeason from a story by Rick Berman and Brannon Braga. It first aired on 14 May, 2003 and continued the Archer (Scott Bakula) arc featuring his trial and prosecution by the Klingons.

Captain Archer is captured by a Tellarite bounty hunter, Skalaar (Jordan Lund) who plans to turn him over to the Klingons, who are furious over his escape from Rura Penthe.

Meanwhile, back on the Enterprise, T’Pol (Jolene Blalock) has to confine herself to a decon chamber when a virus she picked up on an away mission induces the Vulcan mating instincts of Pon Farr, but she’s not alone. She’s stuck in there with Phlox (John Billingsley).

Archer tries to relate the truth of his events to Skalaar, but it doesn’t sound like the Tellarite is buying, and the captain’s fate may be set as the ship draws closer to Klingon space.

It’s a fast moving episode, as another bounty hunter shows up, Trip (Connor Trinneer) tries to track down the Tellarite, Archer tries to make headway with his captor, and T’Pol makes numerous attempts to seduce Phlox and/or escape from decon to give into her biological drive.

There are a number of action beats in this episode serving to remind us that Archer can be a physical as well as an intellectual hero, which I think is gearing us up for the season finale, and the series change in direction for season three when it embraces one long serialised story line. 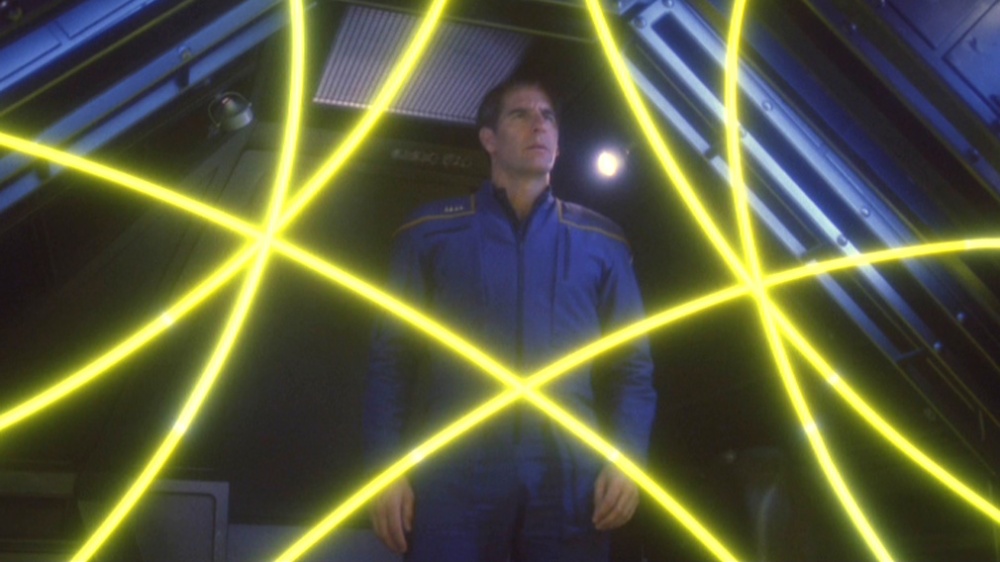 Rick Berman and Brannon Braga pen this season finale which first aired on 21 May, 2003.

The Enterprise is recalled to Earth, after the planet suffers a devastating attack (wiping out large part of Florida and Venezuela, and claiming the lives of seven million people) by an alien probe. Repurporsed, rearmed (with new photonic torpedoes) the Enterprise and her crew are preparing to enter something known as the Delphic expanse and find those responsible for the attack.

Trip loses family in the attack, giving him a personal edge in what is to come, but the event shakes up the entire crew.

The episode ties in with the Temporal Cold War, as the Suliban seize Archer on the way back to Earth, and is warned that the Xindi, the civilisation that attacked Earth, struck a preemptive attack because they were told that 400 years from now, they will be wiped out by the Federation.

But that isn’t Archer’s only problem, after having slipped the Klingon’s grasp twice, they are coming back with a vengeance.

The Enterprise refit includes a military/security team known as MACOs (Military Assault Command Operations) which is going to cause some chafing with Reed (Dominic Keating).

There’s a lot going on in this episode, and it sets up exploration with action, and a ticking clock, as they must reach the site where the weapon is being created (and they have to find it, and those who are making it first) before it launches for Earth.

The mission has changed, and the Enterprise is ready to take on the task…

The Human Adventure continues Thursday as I launch into season three of Star Trek: Enterprise – The Complete Series on blu-ray, available now from Paramount Canada. 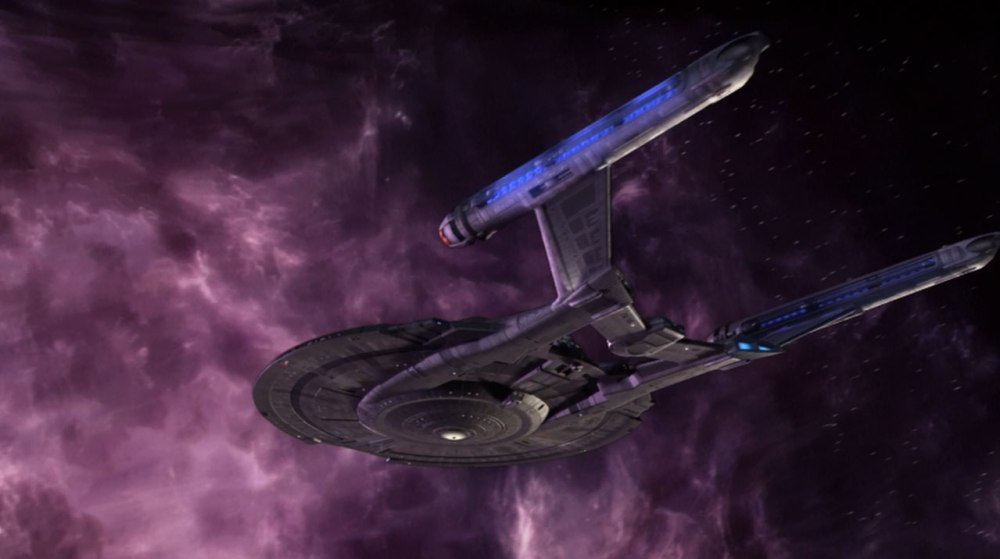