Ten Bad Dates With De Niro brings me this John Landis comedy classic from the late 70s for my viewing enjoyment. It tops the list of Unlikeliest Films Ever Judged ‘The Best of All Time.’

And while the film is brilliantly funny, boasts an all-star cast and has made the song Louie, Louie iconic, there is a lot of troubling things in the film, rape culture, white privilege, alcohol abuse and addiction as comedy.

And not to justify it, but it was a different time. That doesn’t make it right by any circumstances, and I was very offended by a number of things that happened on the screen, but there were other moments that were just laugh out loud funny – anything to do with the horse, for instance.

Set in 1962 at Farber College, we get a look at the lives of those who live in the least successful, but the most fun, fraternity on campus, the Delta house. There we are introduced to a varied cast of characters who are living it up on campus, refusing to accept the inevitable shadow of adulthood and the larger world (including that of the Vietnam War) that lurks at the edges of their bastion of education, and instead drink, carouse, and cause mostly harmless (except for the horse) hijinx.

The cast is stacked, John Belushi, Tim Matheson, Bruce McGill, Karen Allen, Donald Sutherland, Kevin Bacon, John Vernon, Tom Hulce… and for all it’s inappropriate moments, there is a lot of fun to be had from the rest of it.

Landis, and writer Harold Ramis keep the story moving along, such as it is. It’s more a series of glimpses at university life through the eyes of Delta House, with Dean Wormer (Vernon) looking for any opportunity to completely shut them down, and expel them by putting them on Double Secret Probation.

Wackiness ensues, and of course, once Delta House learns of this probation, vengeance is nigh.

Animal House is a lot like Stripes, everyone remembers it being really funny, but not everyone remembers what happens in it. Although, Animal House has, arguably, less of a plot than Stripes. Still, I think they are both a lot of fun, and it’s amazing how the film still endures, if inappropriately, and still has the power to make us laugh.

It also reminds us that Belushi was taken from us far too soon. He’s wonderful in this, and just watching the way he interacts with the rest of the cast you get a sense of his great comedic ability, and his ability to work in an ensemble.

I rather enjoyed this revisit,and as Kevin Bacon would say, “Thank you sir! Can I have another?”

Let’s see what else Ten Bad Dates With De Niro has in store for me. 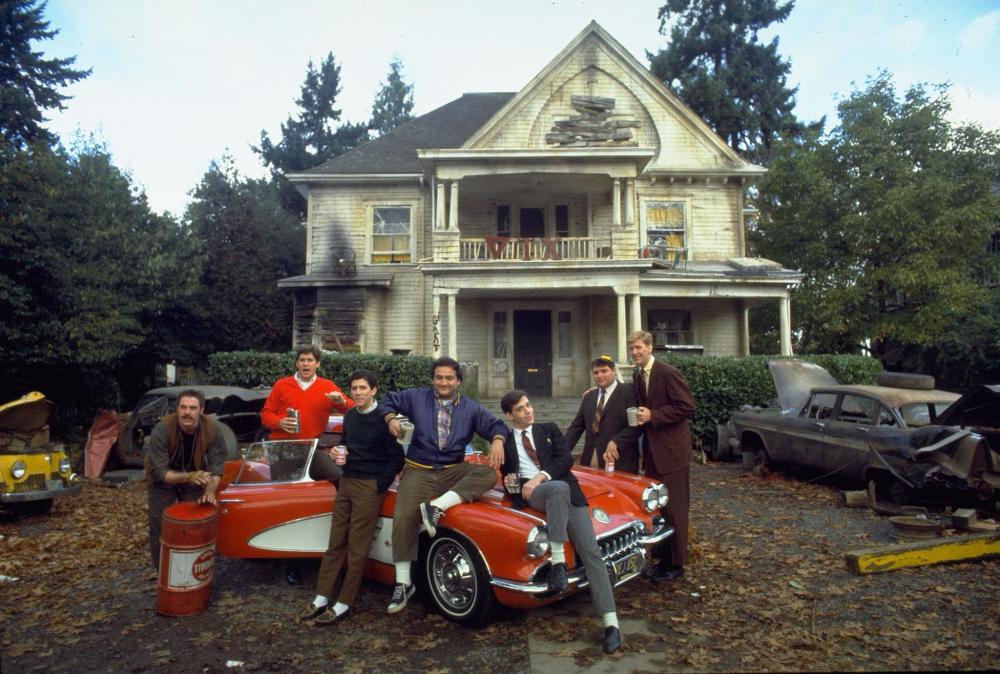