When I was first getting into Bond films, at the age of twelve, I thought Moonraker was great – I didn’t see it during its original release in ’79, but I remember seeing images, and some of the toys and cards – because space, and lasers, gadgets and James Bond!

Coming to it as an adult, this one is very obviously the worst of all the Bond films, and that’s obvious from the opening title track performed by Shirley Bassey, her last for the series.

The film bears only a passing resemblance to the original novel by Ian Fleming, 007 (Roger Moore) is in it, the villain is still Hugo Drax (Micheal Lonsdale) and the threat of being incinerated by a rocket exhaust is still there, but the film is just ludicrous – Bond an astronaut? An Italian gondola driving around the city, causing a pigeon to do a double take?

Throwing Bond into space was the series’ answer to the success of Star Wars and other space movies on the big screen, and while a success, the film definitely ventured into the silly.

There’s definitely an appeal to the younger Bond fans, but it should come as no surprise that this is my choice for the worst of the Bond films. Moore’s films that follow this are stronger, and A View To A Kill will always be a favourite, though it should have dealt with his ageing as one of the plot points.

But in Moonraker, the more outrageous the better. Drax has a plan to destroy almost all life on Earth, and reseed it with his choices as the best of humanity from a space station in orbit.

Bond and MI6 cotton on to the plan when Drax has to steal one of his space shuttles back, the Moonraker, when one of his needs to be replaced. He ends up working with an American astronaut, Holly Goodhead (Lois Chiles) to track down what is really going on in an adventure that takes them across the globe from London to the States, Italy to Rio.

There are gadgets aplenty (at this point they are getting a little tiresome), exotic locales, beautiful women, fabulous production design by Ken Adam, and a score by John Barry, who trots out his iconic 007 Theme during a boat chase.

The story also sees the return of Richard Kiel’s Jaws who made such an impression in The Spy Who Loved Me,  that he was brought back, and starts out as a henchman, but comes around to Bond’s way of thinking about Drax.

The location work, the aerial photography, and yes, even the model work, is top notch, but when the film has to shoot the stars against a photo backdrop or rear screen projection the difference is so shockingly obvious that it can jolt you right out of the film.

It’s big, expensive, but is just too over the top to be truly enjoyable. It was at this point, I think it could be argued, that the Bond series reached critical mass, and needed a bit of a reset, to a darker story and character driven style.

Happily, that is what happened when James Bond returned in For Your Eyes Only. 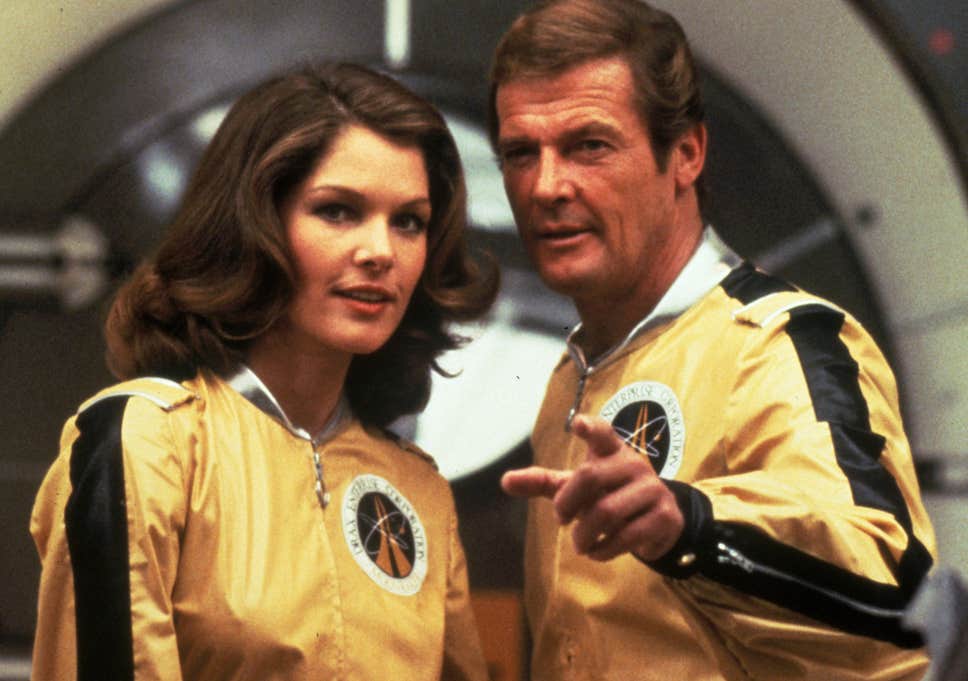