Chris Ruppenthal’s script attempts to put Maddie (Cybill Shepherd) and David (Bruce Willi) through their paces this week with I See England, I see France, I see Maddie’s Netherworld.

First airing on 14 February, 1989 the pair of detectives find themselves on a hunt for the other half of a ten million dollar winning lottery ticket when a potential client dies in their office.

There’s some really questionable dialogue at the beginning of the episode regarding phone sex, but when the episode starts to get underway, there’s a little bit of meta stuff going on, as well as some potentially entertaining banter (though way too often the script devolves into rather crude sex jokes which are really beneath the cast).

Despite the expansion of the supporting cast, and the familiar faces in the office, the episode and the series haven’t quite been up to snuff for awhile, despite some glimmers. It also features a really bad cemetery set with a bad backdrop. From there it becomes a bit of a riff on Weekend at Bernie’s.

That does lead to some grave-digging, and a rather enjoyable problem the two detectives find themselves in once they realise that they aren’t the only one looking for the other half of that lottery ticket, and Maddie’s personal beliefs about the possibility, or not, of an afterlife, glimpsed in a rather benign dream sequence.

There’s a lot going on in this episode, but none of it is played out as well as it could be, and just comes across as a poorly planned episode. 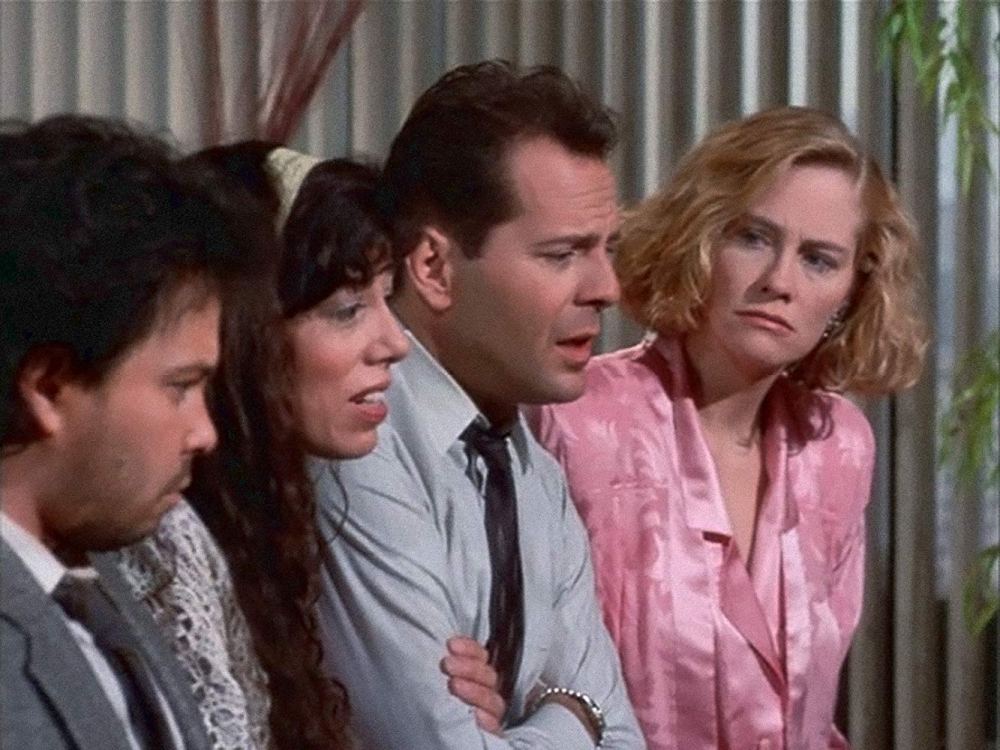 Those Lips, Those Lies war written by Ruppenthal and James Kramer, and first aired on 2 April, 1989. It features the return of David’s brother, Richard (Charles Rocket). The episode was directed by Dennis Dugan who played Maddie’s husband last season.

Rita Wilson guests as Richard’s fiancee, Carla, both of whom want to hire the Blue Moon Detective Agency to find her business partner, and recover some money stolen from her. It all sounds well and good, until the pair of detectives learn what sort of business Charles and Carla run.

There is a fun cold open with Maddie and David stopping the opening because the Al Jarreau is not there to sing the show’s theme. So they and the cast take a shot at taking the tune on, with Bert (Curtis Armstrong) lip-synching Jarreau. All of this is done to highlight the show’s move to Sunday night (and fill up time in the episode) – which can’t be a good thing.

We’re closing in on the end of the casework, but there will be more next week as I continue working with the Blue Moon Detective Agency during the fifth and final season of Moonlighting. 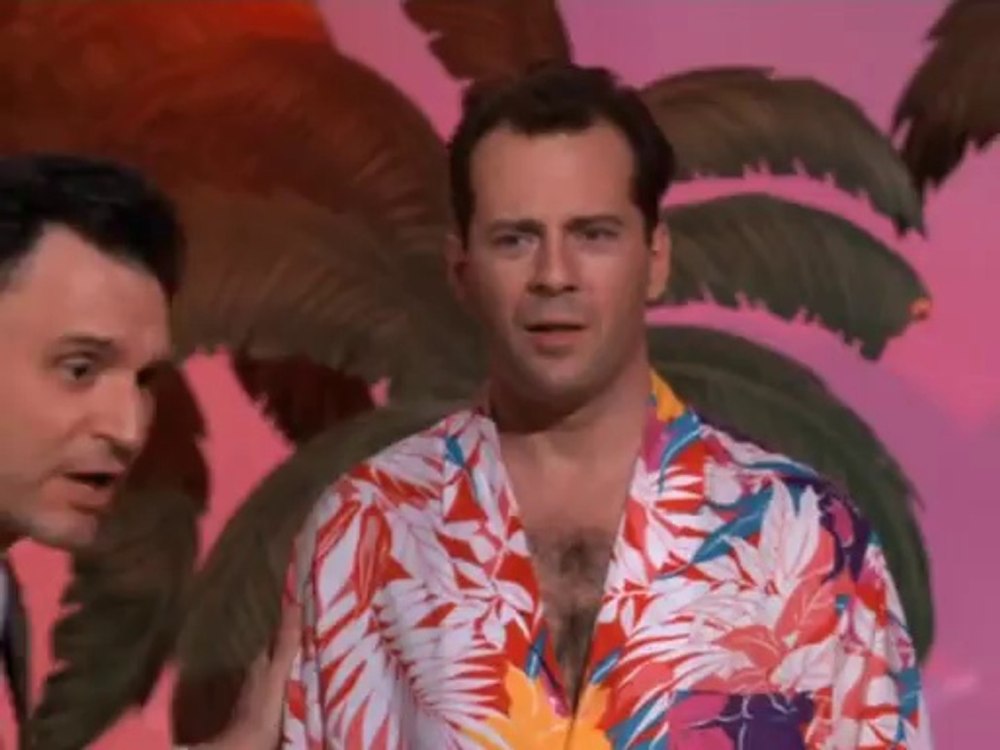