Bela Lugosi, with the horrible addition of a unibrow, terrorises unsuspecting Paris in the next stop in the Monstrous Apes chapter of DK Canada’s brilliant Monsters in the Movies book.

Based on the classic short story by Edgar Allen Poe, the tale focuses on an evolution obsessed mad scientist, Dr. Mirakle (Lugosi)  and the object of his scientific desire, a young woman named Camille (Sidney Fox).

Mirakle believes he can prove that ape and man are related by injecting the blood of his ape, Erik (who in close up shots looks to be a real chimp, but in other shots is a man in a horrible costume – Charles Gemora) into abducted women.

As the bodies pile up, Mirakle focuses on Camille, and no one suspects the true nature of the crime, except, perhaps, Camille’s beau, medical student, Pierre (Leon Ames).

I suppose if Mirakle had just been trying to prove evolution that would have been seen as troublesome, at least in Paris of 1845, and America in 2020, but he goes too far, and is willing to commit murder when his experiments go awry, and the young women of Paris may be in for a world of trouble.

Erik proves to be fairly monstrous, as the title of the chapter indicates, and he also proves to be dangerous and unpredictable as the climax of the film demonstrates. It’s unfortunate that the gorilla costume didn’t more closely match the live action ape shots the film used, it may have been to the film and story’s benefit. Instead it just jars the viewer from the story, no matter how engaging Lugosi is, or how fascinating that piece of unibrow makeup is.

I’ve seen a couple versions of this story, and I’ll be honest, none of them have ever stayed with me. The Rue Morgue story by Poe has just never caught my attention. That being said, I would say this one is definitely worth the watch just for the set design, the use of backdrops and lighting, as well as the efforts of Lugosi, who had so successfully brought Dracula to undead life the previous year.

This is going to be an interesting chapter, because it’s going to be more about watching the development of effects and costume design than perhaps engaging in the story. There are so many classic, and not so classic films that can fall into this category, and I will be seeking out as many of them as I can.

Looking for something to go ape about? Pick up a copy of DK Books’ Monsters in the Movies and find something wild to watch tonight! 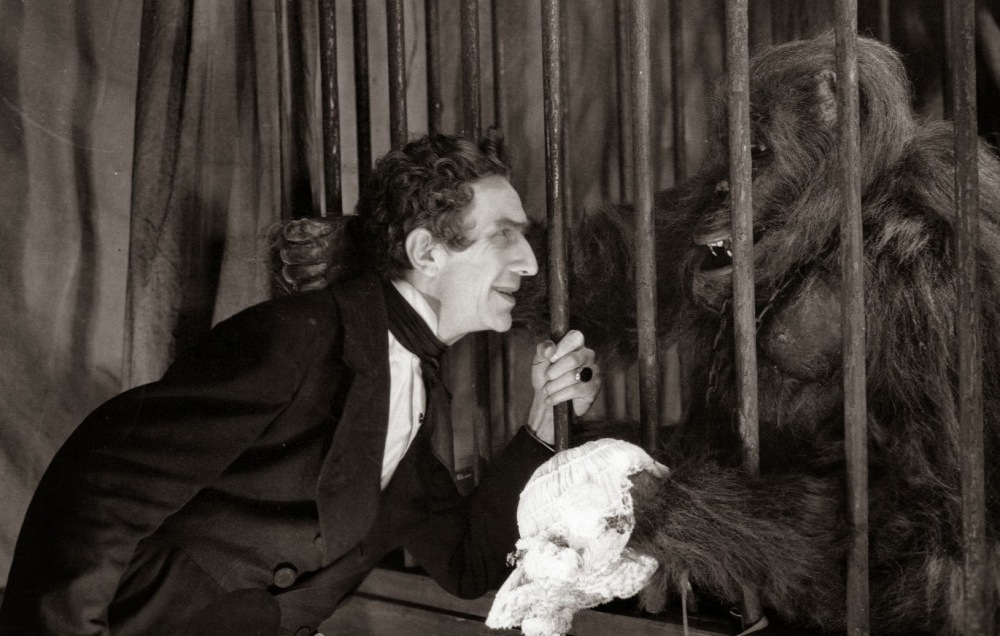