Brannon Braga and Joe Menosky pen the season opener from a story they created alongside Rick Berman, which concludes the Equinox story line. It opened the sixth season on 22 September, 1999.

Intent on revenge, Captain Janeway (Kate Mulgrew) pursues the Equinox, intent on putting a stop to Ransom (John Savage). But is she going to far, using photon torpedoes, almost killing an Equinox crew person during an interrogation.

Chakotay (Robert Beltran) is worried about her, but even as he tries to temper her, she relieves him of duty.

The Equinox Emergency Medical Hologram (Robert Picardo) now aboard the Voyager funnels information to Ransom, while aboard the Equinox the Doctor, who has had his ethical subroutine switched off, begins to perform surgery and experiment on Seven of Nine (Jeri Ryan).

This is a fun and dark episode that shows Janeway walking the line of duty and vengeance and that makes her an angry and dangerous character, and it’s wonderful to see Mulgrew rise to the challenge of portraying the captain in that way.

It also puts her and Chakotay at odds, which adds a new dynamic. Even Tuvok (Tim Russ) is troubled by her actions and is upset by the fact that she promises the aliens that they can have the Equinox in return for the deaths of their fellows caused by Ransom and his crew.

A great way to open the season! And puts the characters on shaky ground as they continue their journey home… but of course, by episode’s end, the characters are reconnecting as they reassert themselves. 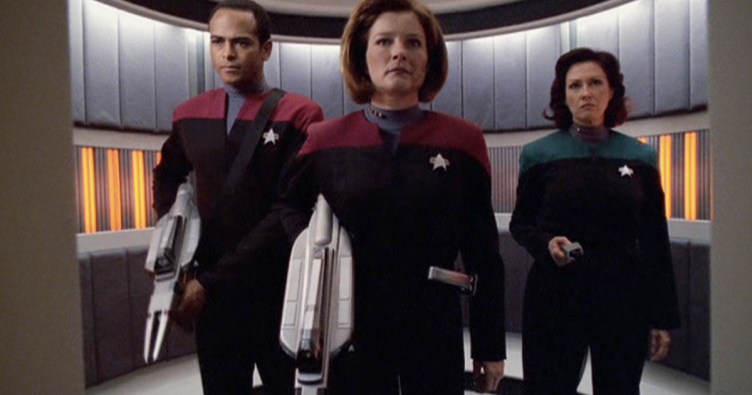 The Voyager comes across a space station that allows them a bit of shore leave, and they all enjoy it to various degrees. Everyone, that is, except for Seven who encounters three ex-Borg drones that she had been on a mission with a number of years previous.

Now, they want to know what happened.

The story serves as a brief respite from the constant encounters from hostile aliens. And though it seems early in the season for yet another Seven of Nine story, Moore crafts a solid story, that fleshes out the character in a new way, and makes good use of flashbacks to Seven’s time with the Borg.

The group was separated from the Collective for a time after a crash on a planet, and their past memories begin to surface as Seven of Nine attempts to remain in control of the group even as they recall their previous lives, and the horror of what they have become.

The reveals of what happened definitely layer out Seven’s character, and the fate of the other ex-Borg is a little bittersweet.

The Human Adventure continues next week as I explore Star Trek: Voyager – The Complete Series on DVD from Paramount Pictures. 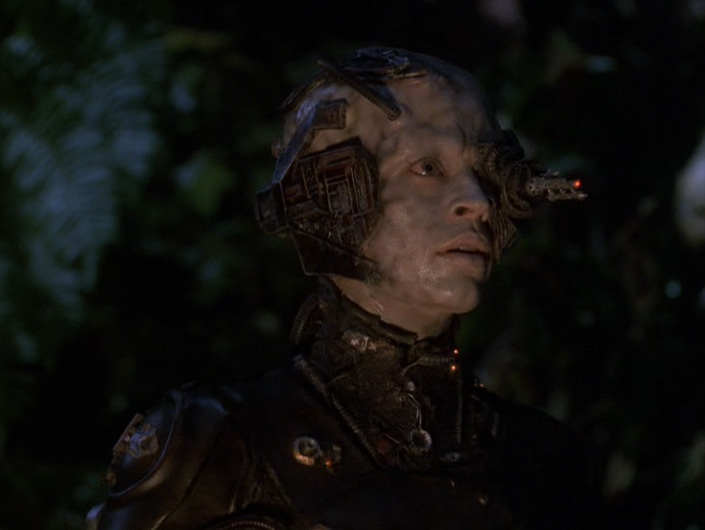