Joe Menosky pens the teleplay for this episode from a story by Menosky and Brannon Braga. It debuted on 5 May, 1999, and gives Janeway actor Kate Mulgrew a chance to do something a little different.

The crew have been sharing family histories, and Janeway shares the story of Shannon O’Donnel (also Mulgrew), who was an astronaut and an essential part of a Mars program, and a project known as The Millenium Gate. As such O’Donnel has served as the inspiration for Janeway’s drive and her career.

Unfortunately, Tom Paris (Robert Duncan McNeill) is a history buff and reveals to the captain that she is not the woman the captain thought. But if it she served to inspire the Starfleet captain in her career then isn’t that something?

It’s a different kind of episode for the series, as we learn some of Janeway’s ancient history, including seeing where some of her traits came from as O’Donnel seems focused on working on the Gate, but a bookstore owner, Henry Janeway (Kevin Tighe) changes everything. 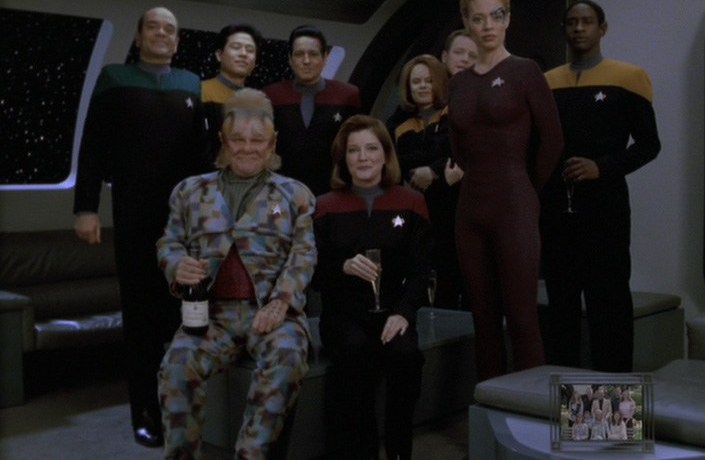 Bryan Fuller, Nick Sagan and Micheal Taylor pen this Seven of Nine (Jeri Ryan) episode from a story by Sagan. It debuted on 12 May, 1999.

The Voyager has been destroyed, but Captain Braxton (Bruce McGill) of the Federation timeship Relativity, from the 29th century, recruits Seven to discover what happened, and stop it from happening again. But she can’t let the Voyager crew know what is going on.

I love a good temporal story! And this one opens with a great teaser, showing Janeway taking command of the Voyager for the first time, which gives us a look at the Utopia Planitia shipyards, and of course, the reveal of Seven of Nine on the ship at this point in time sets off alarms, and lets us know it’s going to be a fun episode.

The crux of the story requires Seven to find a temporal disruptor that has been placed on board the starship that will lead to the ship’s destruction. Unfortunately the events leading to the explosion are causing temporal disturbances on the ship, and how many times can Seven attempt to save the Voyager, and survive? And what happens if Janeway figures out who she is? And who is the saboteur?

The fifth season of Star Trek: Voyager comes to a conclusion as the Human Adventure continues with The Complete Series on DVD from Paramount Pictures. 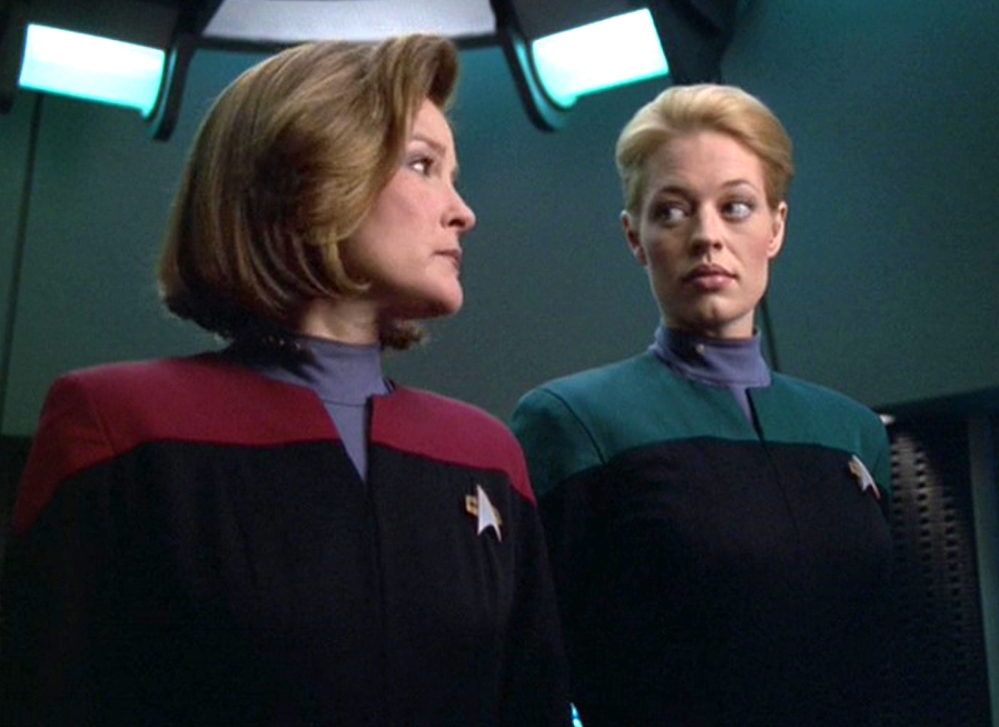