A fairly short chapter in DK Canada’s Monsters in the Movies book, this fun chapter is actually filled with films I have already reviewed for the blog, so I was delighted to be able to revisit a cult favorite that I hadn’t written up before.

Ash, from the Evil Dead films may be Bruce Campbell’s most iconic role, but I think his turn as Elvis Presley in the dreamlike horror comedy, Bubba Ho-Tep from director Don Coscarelli, is one of his best onscreen performances.

In a forgotten rest home, in a town dubiously named Mud Creek, in the great state of Texas, a battle is about to be waged. But first, Elvis (Campbell) has to deal with a medical condition, his walker, and his friend, who may or may not be, John F. Kennedy (Ossie Davis).

When a mummy is stolen, but then lost in a bus crash, its casket breaks, freeing the trapped, soul-sucking beast within. And the rest home has a plethora of souls for the mummy, some kind of Bubba Ho-Tep, to feast on.

Embracing Coscarelli’s usual irreverent, and eccentric style, the film follows the aged rocker as he faces the demons of his past, while preparing to confront the physical demon that stalks the halls of his residence. 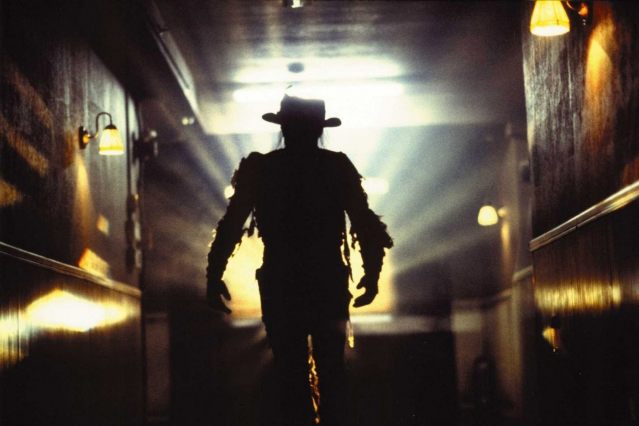 Campbell and Davis are delightful together, and the hint of a sequel in the credits has fired imaginations for years (though unlike to materialize). The film, especially at the beginning as Presley is languishing in his bed, apathetic to the world around him, has an almost hallucinatory feel to it.

It’s a low-budget film, but the creativity behind it makes this one a joy to watch, Campbell brings this in carnation of the King to the screen with his own unique talents, and he obviously is having some fun with it.

It’s interesting to watch what is basically two aging kings, one mummified and destroying life, the other aging but reengaged with life fighting against a backdrop of a system that provides care without humanity. There’s a lot going on under the surface.

But one doesn’t have to dig into the underlying themes to enjoy this fun, b-movie mummy film, and anytime Campbell is onscreen, in any media, is a lot of fun to behold.

Mummy movies can be hit and miss, as we’ve seen with the recent flop of the first in the proposed Dark Universe series, The Mummy. They need a sense of fun, balanced with the horror of the creature, and this one has that!

Check it out! Or pick up a copy of DK Books’ Monsters in the Movies, and find something fun, macabre, and scary to watch tonight!