The Voyager, continuing its journey home, they are passing through a region of space with no planets, no stars, just an empty void for two months, and it is beginning to wear on everyone. With nothing to occupy their time, the crew’s morale is at an all time low. Captain Janeway (Kate Mulgrew) reflects, bitterly, on her decisions that caused them to stay in the Delta Quadrant.

People are snapping at each other, but Neelix (Ethan Phillips) has some good ideas about improving crew morale, and with Janeway sequestered in her quarters, not interacting with her crew at all, that too is having an adverse effect.

Paris (Robert Duncan McNeill) spends some of his time in the holodeck, and we get out introduction to his Flash Gordon serial type hero, Captain Proton. Harry (Garrett Wang) joins him as his sidekick.

It’s interesting to see Janeway questioning her decisions , and seems to have hit an emotional wall, unable to get past what she’s done. It’s a cool character choice for the series, and makes her an even fuller character.

But what happens when the Voyager drops out of warp and is losing power? And they’ve been boarded by mysterious aliens!

Things take a dark turn, literally, but things are just getting started for the crew in this episode… and before it draws to a close, Janeway and her crew will have to make a momentous decision. 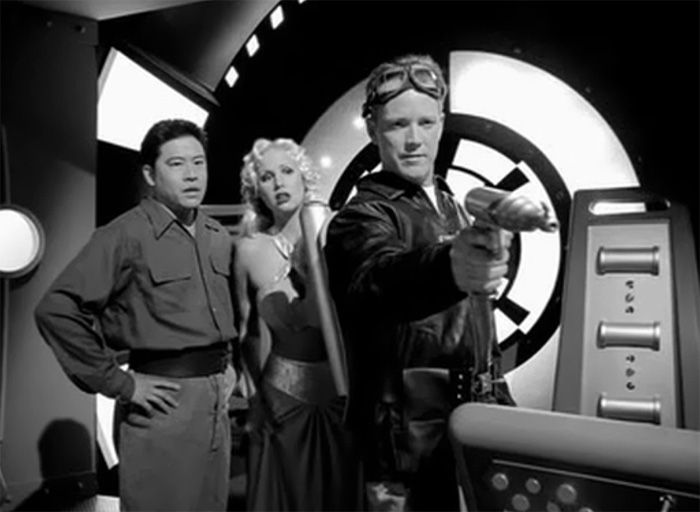 Hey, we’re two episodes in, so it must be time for a Seven of Nine (Jeri Ryan) episode already. Written by Bryan Fuller, Brannon Braga and Joe Menosky from a story by Fuller and Harry Doc Kloor it first aired on 21 October, 1998.

Despite the snide remark, it’s actually a strong and brilliantly written episode that also has Seven plant the idea of a new shuttle design in Paris’ and B’Elanna’s (Roxann Dawson) mind.

During a transporter accident (again)  while beaming back to the Voyager after a shuttle comes is damaged exploring a proto-nebula, the Doctor’s (Robert Picardo) 29th century holo-emitter gets some of Seven’s borg implants fused within it. From there the device begins to take over a small science lab, until it creates a new borg from 29th century tech when a poor ensign walks into its range.

But the borg it creates, One (J. Paul Boehmer) is not like any other borg that we’ve encountered, and makes for a fantastic episode as we see the human condition in a new way. But what happens when the Borg Collective detects him?

The Human Adventure carries on next week as I continue to explore Star Trek: Voyager – The Complete Series on DVD from Paramount Canada. 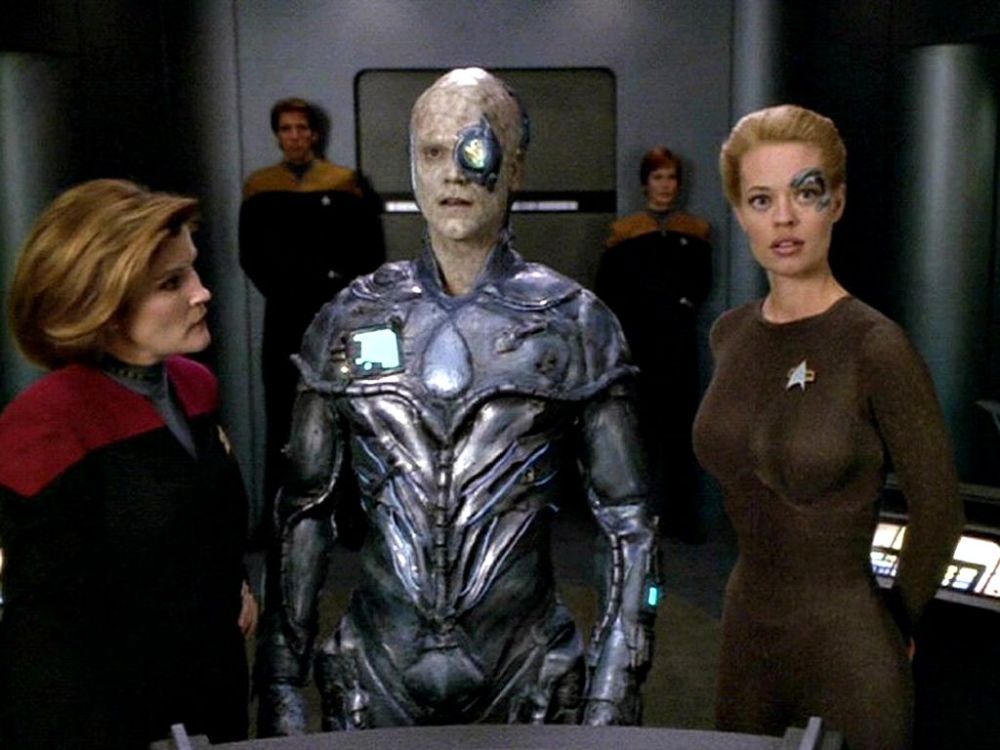