The mad scientist chapter of DK Canada’s Monsters in the Movies book would be remiss if it didn’t cite one of the most deranged men of science ever created, Frankenstein. And what better way to celebrate than look at the first filmed version of the story created by Edison Studios back in 1910.

Using Mary Shelley’s classic story as a launching point, the silent film runs a brisk sixteen minutes, the film is fairly faithful to the idea and basic story in the book, as much as one can be constrained by production costs, cameras that can’t move, and developing special effects – though the creation of the monster (played by Charles Ogle) was fairly inspired, by filming a melting monster dummy and then running it backwards so that it looks like it’s forming.

Frankenstein (Augustus Phillips) comes across as a bit of a dandy, and you have to question his scientific method because his lab doesn’t seem to be well, very scientific, and there seems to be lots of skeletal remains around, and he looks like he does a lot of work on the floor.

Conveniently though, his bedroom seems to be right next to his lab.

Caught up in all of it is Frankenstein’s new wife, Elizabeth (Mary Fuller), but instead of a final confrontation out on the ice, the film goes for a more metaphysical ending involving the truth as portrayed in a reflection.

The film puts forward the supposition that Frankenstein is evil for making the monster, that his malicious intent caused it to develop malformed and it is the physical embodiment of the evil in his mind.

The monster is an interesting design, long fingers, weird carriage, these almost something elfin about the monster, and he doesn’t even come across as dark or violent, but simply curious and odd-looking.

For a film that is over a century old, a lot of it stands the test of time, the special effects are decent even though the production design and look is static. And of course, there is the melodramatic emoting of actors who can’t rely on their voices, just their over-emphasized facial and physical performances.

Frankenstein is a classic story, exemplary literature, and has been adapted a multitude of times to the screen, it was nice to see one I hadn’t watched before, one that helped birth horror cinema, and guide us into the realm of the mad scientist.

Check this one out, and other versions, as covered in DK Books’ Monsters in the Movies! Or pick one up and find something macabre to watch tonight! 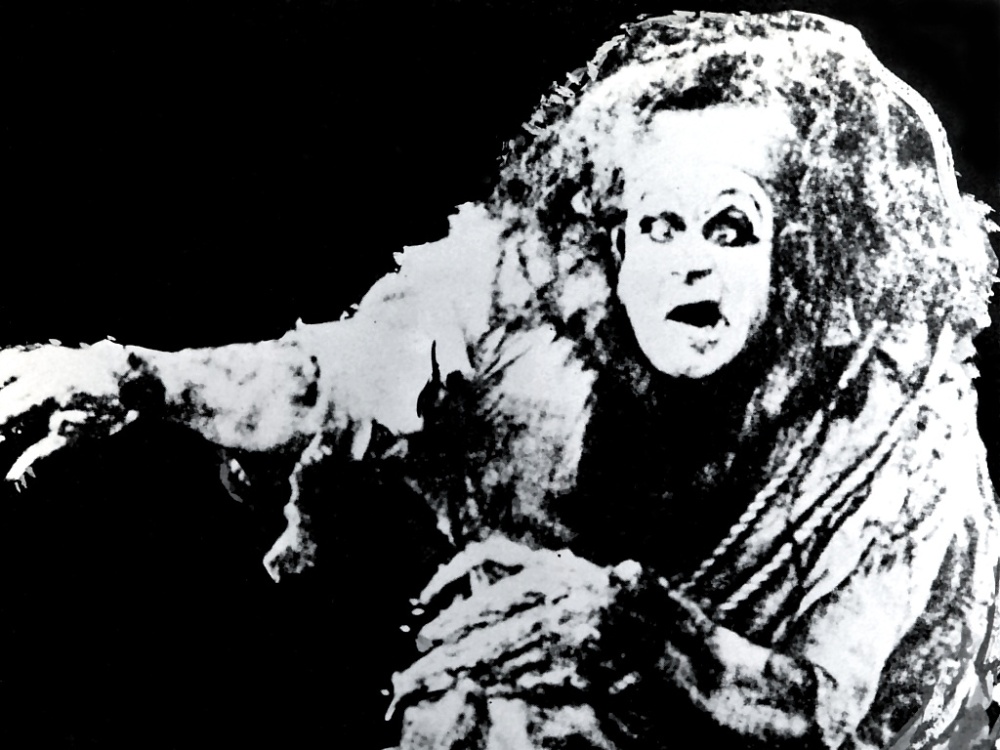