Way back in 1982, one of the best years for genre films ever, the DC Extended Universe didn’t even exist, it wan’t even thought of, and a number of DC titles (as well as Marvel) were in development with other studios who thought that they would be able to make them .

This leads us to Wes Craven’s only (to date) experiment with the superhero genre and the next stop in the Mad Scientist chapter of DK Canada’s Monsters in the Movies book by John Landis.

We Craven adapts the plant-man character, created by Len Wein and Bernie Wrightson, and puts stuntman Dick Durock in the rubber suit, playing the alter-ego of Doctor Alec Holland (Ray Wise) – arguably the mad scientist in the film, though his nemesis is definitely more evil.

Holland is working on creating a new species, a combination of plant and animal that would be able to survive the harshest of environments and may lead to extinguishing world hunger, amongst other advances. So, of course, the best place to do it is in the swamp. 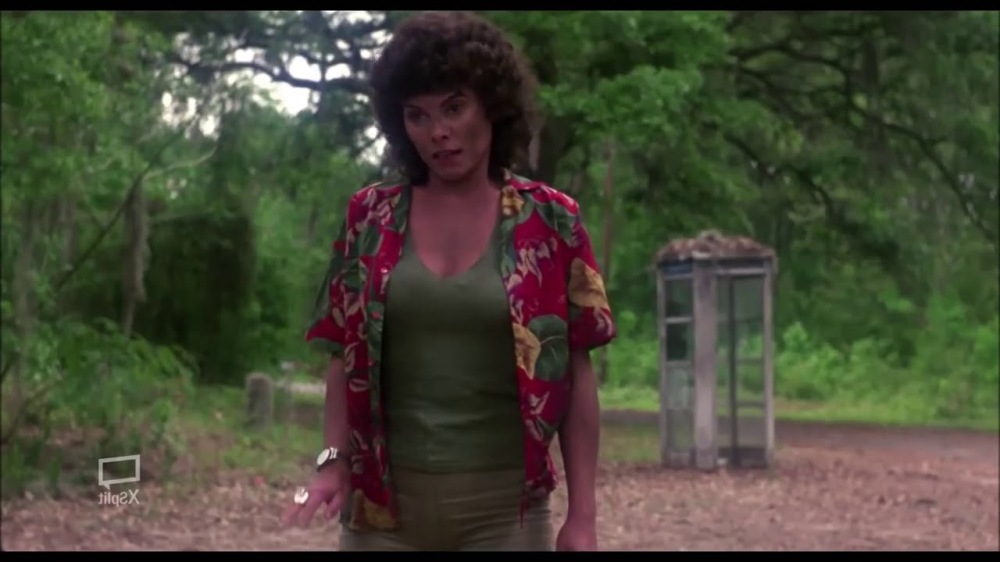 Things go sideways when Holland is infected with his own formula and transforms into the big green beastie. That’s bad enough, and definitely puts a bit of a damper on any romantic overtures that could have been made to Alice Cable (Adrienne Barbeau).

Unfortunately, another (mad) scientist, Arcane (Louis Jordan) is desperate to get his hands on Holland’s formula, and so begins a search and chase through the swamps as monsters both human and other come into conflict.

Craven plays the film as a bit of a nod to the mad scientist films of the 50s, when mutations were the order of the day. The film definitely isn’t as environmentally aware as the character has come to be over the years, and in fact, the film feels a bit like Craven is floundering, as if he’s uncomfortable with the subject matter.

That’s too bad, because I think he could have made something truly enjoyable.

And while I’m ruminating, let’s touch on the rubber suit… it never looks organic, and for something (one?) who comes out of the water a lot, he never seems to be wet. I do, however, like the the fact that Cable is pretty tough, and very often does not need saving, though Swamp Thing keeps showing up at the most opportune times to at least lend a hand.

The film spawned a sequel, seven years later, a television series, and an animated series. It has now been primed for a completely DC controlled television reboot. Still, it’s fun to see Craven’s take on a superhero film, I just wish his budget had been a little bigger so the rubber suits didn’t look like, well… rubber suits.

Check out other mad scientist films in DK Books’ Monsters in the Movies, and find something macabre to watch tonight!