David Cronenberg’s first feature film is the next entry in the Mad Scientist chapter of DK Canada’s Monsters in the Movies book. That being said the mad scientist in this film doesn’t survive the opening credits, though his foul plan does.

Set in a lone apartment building, the Starliner, which owns the island it is built on, just north of Montreal, the film plays like a student’s attempt at sexualized horror, that feels like in come cases it doesn’t go far enough, and at times feels like it doesn’t know how to proceed.

A scientist has been working on bio-engineering a parasite that would take the place of organ transplants. Or at least that was his cover story, he in fact felt that humanity, as a whole, was beginning to think too much, and that perhaps we should descend to a more primal level, indulging our sexual, and occasionally violent urges.

And the Starliner complex, which is designed to be its own little community, and self-sufficient, is the testing ground for the little experiment.

As the parasites grow, they also begin to spread, passed through intimate contact, and there is a lot of it going on in this building! It’s like a soap opera (but with slightly more horrible acting).

The buildings on-site doctor, Roger St.Luc (Paul Hampton) begins to encounter strange reports, and conditions after being called to a double murder in one of the building’s ‘luxury’ apartments. He soon learns that there is a strange infection spreading through the building, but instead of calling disease control, or asking for any real help, he and his slowly infected nurse, Forsythe (Lynn Lowry), stumble through the building and come across one bizarre incident after another.

There are some interesting ideas at work in the film, though none are explored to completion, sex as disease, the blossoming of Cronenberg’s body horror storytelling, and any numbers of taboos that the sexually infected seem willing to break all in the name of pleasure, and spreading the infection.

For a film that deals with a lot of sex, there isn’t a lot of nudity, which is something you would expect given the subject matter. The film kind of wanders leisurely up to the line, and then ignores it, turning around and heading back the way it came.

The reviews for the film at the time were brutal, and watching it today, it’s easy to see why. It’s arguably one of the worst films Cronenberg made, and I’m not sure if that is because he didn’t get to do everything he wanted to do with it, or that he was still learning his craft.

It’s an interesting watch, because when compared to his work from even a couple of years later, the film feels like it was made by a completely different director. So for that reason alone it is worth the watch.

And then you can find even more macabre films by checking out DK Books’ Monsters in the Movies! 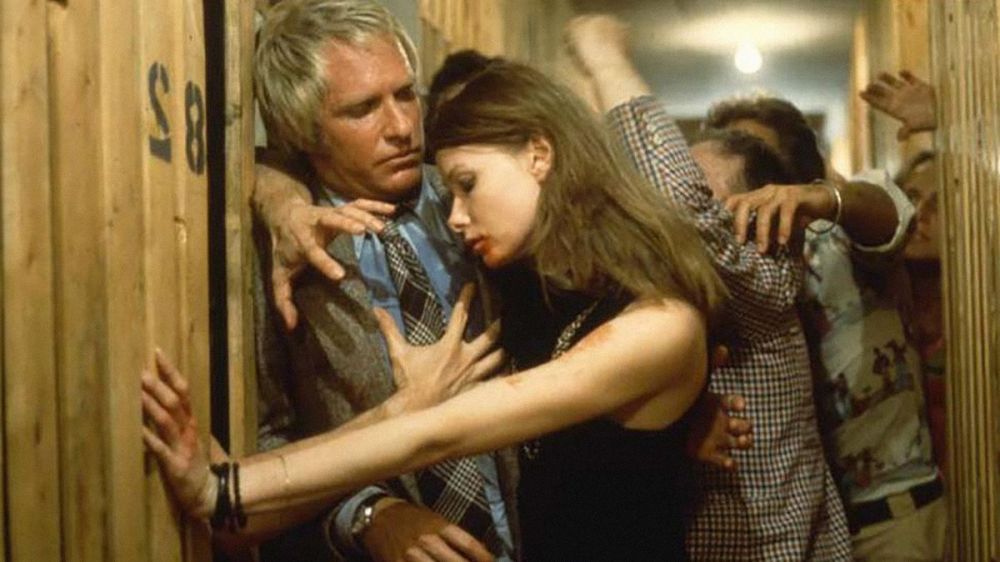