Ray Milland assumes the mad scientist mantle as I continue to explore the dark corners of the fabulous Monsters in the Movies from DK Canada.

Milland plays Dr. James Xavier. He is fascinated with eyesight, particularly in humans, as we see so little of the world and the light spectrum around us. He has developed a fluid, in the form of eyedrops that will enhance his vision, and in fact allow him to see through things.

Would it come as a surprise that things go wrong for Xavier, and he teeters on the edge of madness as he is able to eventually see through the very fabric of reality itself!!

When his funding is cut, despite the pleas of his friends to the board of directors, Xavier continues to experiment on himself with disastrous results.

But don’t expect lots of dazzling special effects, this is a Roger Corman film after all. But there will be time for a swinging dance party and some psychedelic images and a change in careers.

The film features appearance by John Hoyt and Don Rcikles!

In terms of how his new abilities work there seems to be no real hard and fast rule, he plays cards in Las Vegas, and has to turn them over to see what they are, but he can see through people’s clothes, or when a one-armed bandit is going to hit.

The film ends with a bit of a pointless car chase that shows us how badly Xavier’s eyes have been altered by the drug (he’s been wearing sunglasses for most of the film, and honestly his contacts put me in mind of those used on the television production of The Martian Chronicles (and by film’s end looks like a BEK – Black Eyed Kid).

The trippy visuals aren’t as cool as they could have been, but at least Milland is a solid actor, and elevates some of the material he’s forced to deal with.

And what a surprise that at the end of the film he arrives in the middle of the desert where there is a faith healer at work… who turns to a classic line from the bible to give us a horrific ending.

I’m not sure what the message here is, not to conduct scientific experiments? Definitely not to experiment on oneself. But Xavier wasn’t a mad scientist so much as one who wasn’t allowed to properly see his work to its logical conclusions. True he went about it in an unusual way, but with better oversight, he may not have had to lose his mind, and more by film’s end.

I was fairly entertained with this one, and consequently cannot wait to see what comes next in DK Books’ Monsters in the Movies. But hey, pick one up for yourself and find something macabre to watch tonight. 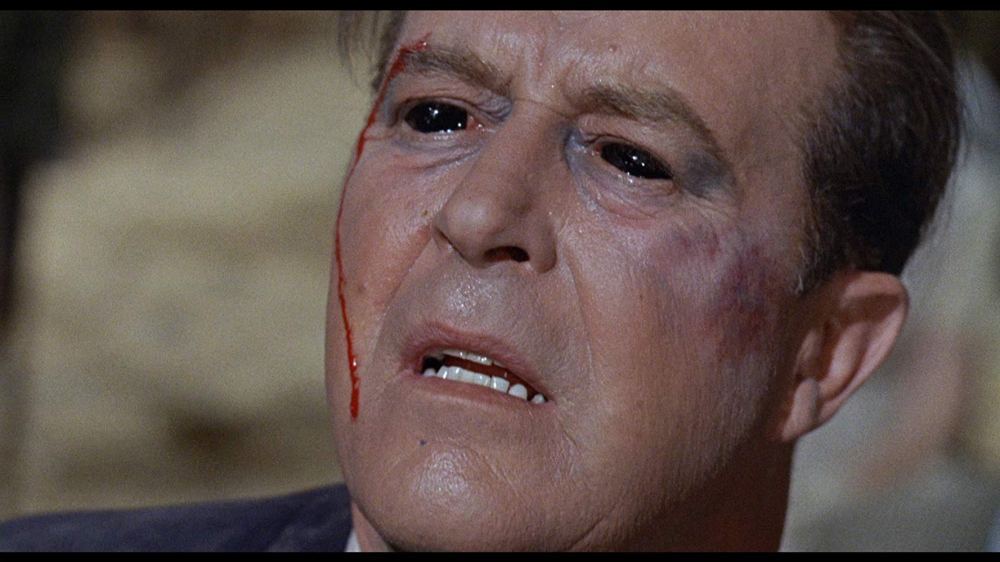