The war of the worlds truly gets underway this week as the aliens attempt to cement their position on the planet, and come up with a way to survive the radiation poisoning plaguing them (by constructing creepy looking suits).

The Walls of Jericho was written by Forrest Van Buren (an alias, most likely for Greg Stangis, the showrunner, but it is a nod to the characters in the 1953 film). It first aired on 10 October, 1988.

Blackwood (Jared Martin) has trouble with the government, and Colonel Ironhorse (Richard Chaves) who believe that the alien threat is over after the destruction of the alien war machines in the pilot and the conclusion that any survived the explosions, are no doubt dying from radiation poisoning.

Suzanne (Lynda Mason Green) and Norton (Philip Akin) are both hard at work studying and learning everything they can about the aliens from the information they’ve already gathered.

Silly 90s score and cheesy computer effects aside (though the physical gore effects are still great), the series is already trying to build a mythology, and a but of continuity. We get a peek at the social structure of the aliens, apparently called Morthren. The episode also introduces the idea of selective amnesia to explain why the denizens of Earth don’t recall the original invasion – yeah, right. It also explains why the encounters some characters (not the main ones) are glossed over, and can’t be remembered – the human mind can’t deal with the terror and revelation of aliens on Earth, so they block the experience.

The guest cast sees John Vernon returning as General Wilson, Suzanne’s uncle, which gives them an in with the military.

And hey, since the series was created by Paramount, they can use Star Trek sounds aplenty… And there are a couple of other in-jokes… one of the characters at the base of operations for our heroes has the past name Pennyworth and is a caretaker… like Batman’s Alfred? And the refrigeration location the aliens are at, and our heroes discover them, was established in 1953… the year of the original invasion.

Thy Kingdom Come was written by Herbert Wright, and first aired on 17 October, 1988.

The series ties in more completely with the original film, when Harrison Blackwood goes to see his adoptive mother, Sylvia Van Buren (Ann Robinson, reprising her theatrical role for the small screen). She may have some psychic ability, and has been studying and researching the aliens since their original invasion.

Meanwhile, the Morthren send out a group of aliens to take over the bodies of a family on a cross country trip (the boy plays with the newly released (at the time) Star Trek: The Next Generation action figures) to rouse more of their comrades from hibernation.

They’re being tracked by Norton… but will the Blackwood team get there in time?

One thing I’d forgotten, and always liked, and delighted to rediscover again, is that each episode so far, opens on a black screen and a line of dialogue from the episode is heard, just before the installment’s title is given.

And I love the fact that a good portion of the episodes end badly for our heroes, there are wins and losses, but it seems the losses outnumber the wins, which seen as a whole like this may make the shift that happens in the second season more sensible.

The fight for our planet continues next week, when I explore more episodes in The Complete Series DVD set of War of the Worlds. 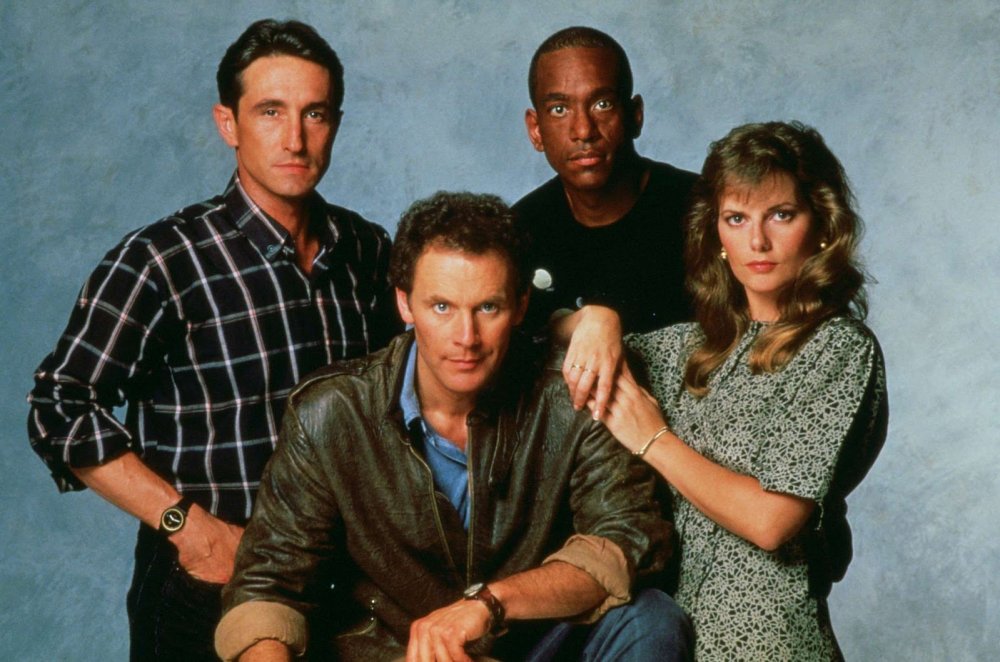