While Crockett (Don Johnson) is busy testifying, Tubbs (Philip Micheal Thomas) and the rest of the Vice team have their hands full in the first episode up this week.

Free Verse was written by Shel Willens and Jim Trombetta, with Trombetta penning the teleplay. First airing on 4 April, 1986, the episode follows a political dissident, and poet, Hector Sandoval (Byrne Piven) who also has a knack for hard-partying, as he comes to Miami, where the Vice team has been ordered to protect him before he testifies in front of congress about the political and human outrages being committed by his government in South America.

Unfortunately, there may be an assassin or two with the wheel-chair bound Sandoval in their sights, including Carmen (Bianca Jagger- Mick’s ex).

Music for this episode includes Allemande and Courante by Nancy Allen, Honeymoon Suite’s Feel It Again, Institutionalized by Suicidal Tendencies and Bruce Cockburn’s Maybe the Poet.

This episode has the unlikely distinction of being the first to introduce Micheal Bay, director, to the world… in a small acting bit.

The episode does bring a couple of things to the forefront of my mind, there are camera crews and photographers for Sandoval’s arrival at the airport, which means that the press has pictures of Crockett, Tubbs and the rest out in the public – on news programs and newspapers. And not one dealer, criminal or the like watches or reads them? Their cover would be blown in moments.

Which leads to my other thought. The criminals the team jails…. they don’t talk to other criminals in prison? Wouldn’t that blow cover as well…

Anyway, just a big nitpick that has always bothered me about shows featuring undercover cops. 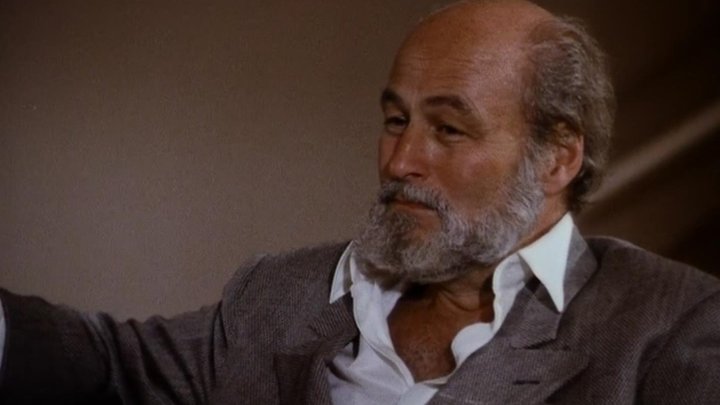 Trust Fund Pirates is the penultimate episode of season two, and was meant to feature a return of Glenn Frey’s character from Smuggler’s Blues. When he was unavailable, the script, penned by Daniel Pyne, had to be adjusted to introduce a new, but similar character, Jackson Crane, played by Gary Cole.

Airing first on 2 May, 1986, the episode saw Crockett and Tubbs investigating a rash of killings centered around dealers and smugglers, just off-shore of the Miami coast.

And the villains are exactly who you think they are, rich, white males. It’ll be up to Crockett, and Tubbs with the help of Crane, to bring them to justice.

The episode pulls out the stops for music and guest stars. Richard Belzer plays a pirate-radio broadcaster, working off the shores with the assistance of Noogy (Charlie Barnett – the first time he’s shown all season), and Tommy Chong shows up as a middle man.

Tunes include Randy Newman’s Miami, Simply Red’s Heaven, Still in the Game by Steve Winwood, La Mirada by Philip Micheal Thomas, The Pretenders’ Space Invaders, That Smell by Lynyrd Skynyrd and INXS’ What You Need.

Next week we finish season two, and continue working the beat as we dive into the season three case file. 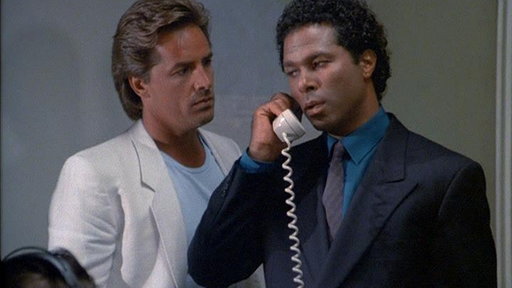