Ever since I was a kid and first discovered Star Wars, Star Trek, and science fiction in general, I had dreams of stepping onto the bridge of a starship, or spaceship, and exploring, seeking out new life forms, engaging in intergalactic battles, or watching the stunning starscape slip past my windows.

I remember sitting at my desk at school and daydreaming it was a control console for my ship, the green blackboards at the front and side of the classroom served as monitors for my adventures. At home, I remember, I had moved my bedroom desk, it’s two drawers covered in peeling, faded Star Wars stickers, it’s surface holding a slowly growing collection of Star Trek Pocket Books, directly in front of my bedroom window, and some nights, I would sit there, my bedroom lights out, gazing at the stars in the sky my hands moving over imaginary controls on the wooden surface.

It’s a daydream I revisit regularly, even if just for a moment a day, it’s one that is always with me.

So when my friend Amin reached out to me and asked me if I wanted to join a group of his friends, to take on a Toronto-based adventure known as Proxima Command. I jumped at the chance.

It wasn’t until the night before that I started to have a little anxiety, I’m an extroverted introvert, and I barely knew Amin, despite our shared love of much geekery, and I definitely did not know the rest of the group he was bringing with him. 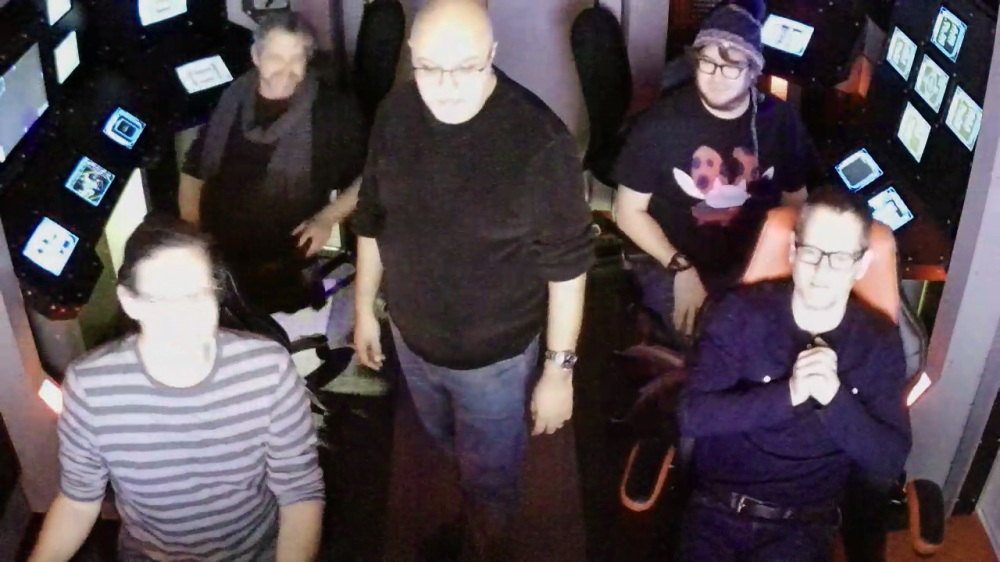 But, I told myself, we’re all geeks together and that would at least give us a shared launching point for our intergalactic adventure.

Arriving at their location at 253 Christie Street, a rather innocuous location for an intergalactic adventure, I was greeted by the programmer Glen Watkinson, who arrived first to get us set up.

Amin showed shortly after, and as we caught up, (and I began to wonder what I had been worrying about) we were joined by the rest of what would become his command crew. He was the connection between all of us and became our de facto captain.

I was introduced to Ian, Neil and Jason, the rest of our crew, and we all fell pretty easily into an easy camaraderie and then one of the creators, Michael Chapman arrived to shepherd us into the far flung future.

I was growing increasingly comfortable in my surroundings, and was in fact, getting very excited about what lay ahead. Though there was part of me that was constantly reminding myself not to pooch this up – three of these people had already played through one of the game’s episodes, very successfully, and I didn’t want to be the one holding them back. 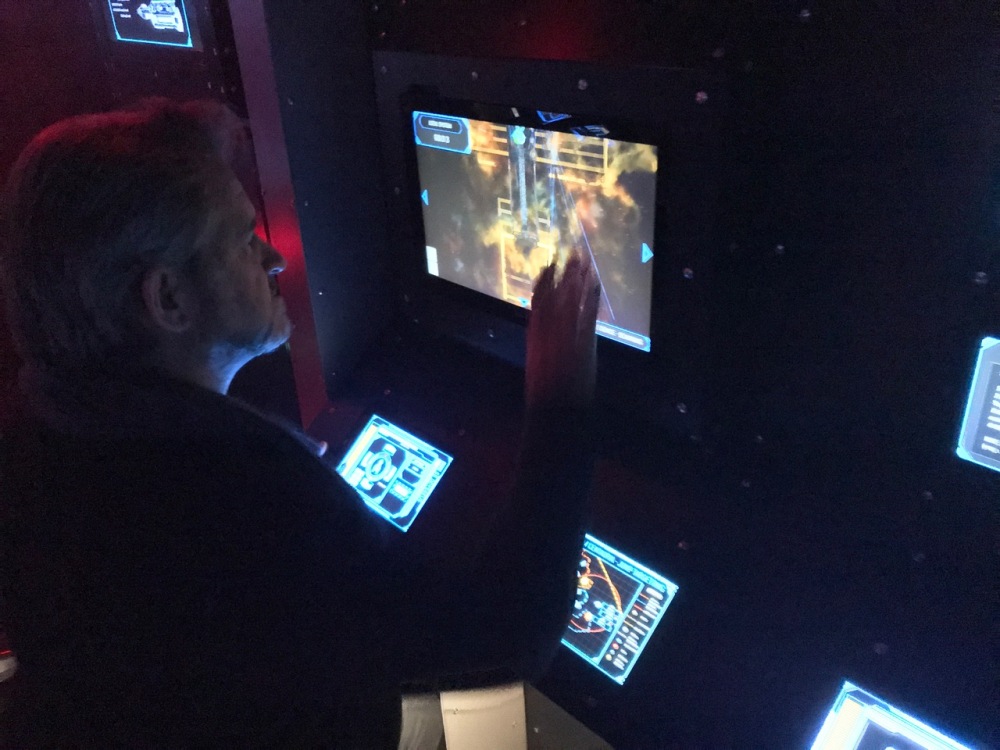 Micheal and Glen invited us onto the bridge of our starship, it’s not a massive, Enterprise bride, but more a sturdy, working vessel that has it where it counts. With Captain Amin taking center seat, though he preferred to stand, Ian took weapons, Jason took the helm, and the two new recruits (don’t call us red shirts) looked to one another, and Neil settled into the Engineering station, while yours truly became the Science Officer.

Moments later, our ship, the Odysseus, was set to launch.

There is an AI that brings you up to date on the events that have led us to the bridge. We are the crew, and you’ve escaped a prison and have to get back to Proxima Command, but during our incarceration by Command’s enemies we’ve forgotten how to operate the ship, which allows for a learning curve into the game. If you don’t catch on quick enough though, the AI becomes increasingly snarky.

Amin issued orders for our course, and off we went! Exploring, entering combat, and proving our mettle in the vastness of space.

Very quickly we all fell into our roles, and began to understand how our respective stations worked. I got to run system scans, defeat jamming signals during combat, as well as establishing targets for our weapons station, and plotting courses for our navigation officer. I was also in charge of the transporter, beaming aboard supplies, and sending  the occasional thing away. 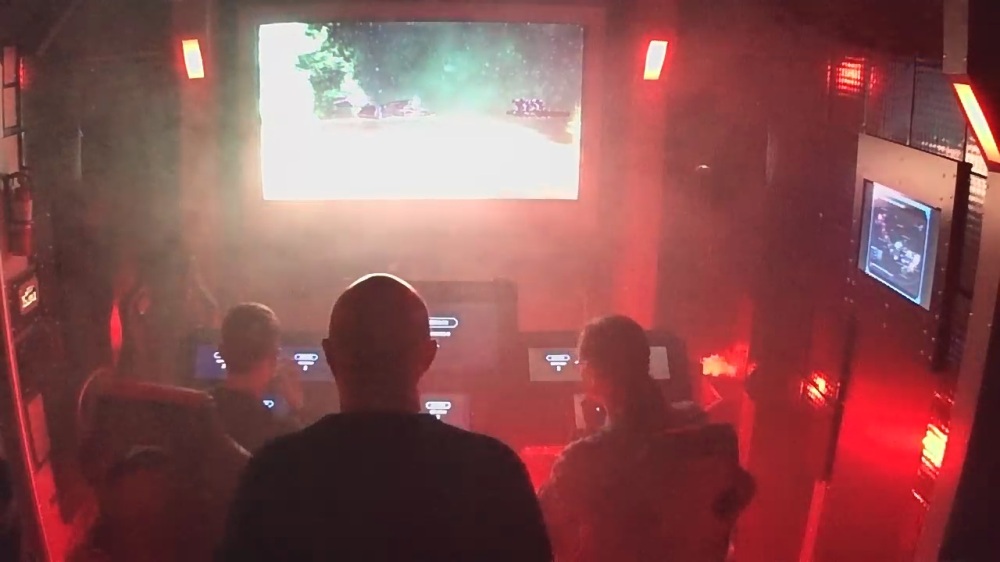 We achieved our objectives, and then we tackled a new mission, rescuing a doctor and trying to find and transport a cure for a plague that was ravaging one of the nearby systems. This one was a lot of fun, and featured some great moments of the crew having to work as one.

That on its own sounds great, but you add to that the fact that I barely knew the rest of my crew and that just made it all the more fun! My anxiety from the night before had been banished, I was settling into my role as science officer and was calling out information to my captain, as well as supplying everything my crewmates needed in terms of courses and targets.

The game was so much fun, and it is so completely engaging (heck, there is smoke released when the ship takes too many hits, to give the bridge a bit of a wrecked look  – it was our very own Kobyashi Maru) that it’s easy to throw yourself into it completely.

We rounded out our evening with playing Gold Challenge Three which was insanely fun, as we all conferred, came up with options, and came to a plan that would allow us to run a gambit of enemies and a variety of other problems. 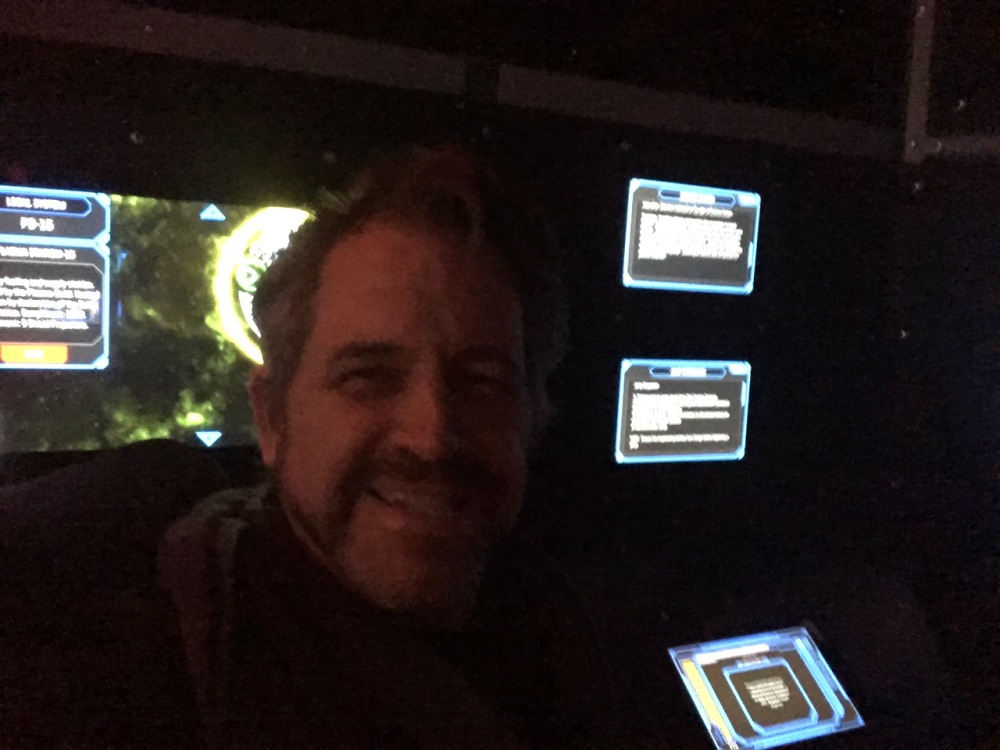 Micheal and Glen were exceptional through all of it, and loved seeing our crew take on their creation (and making notes about things they may change or fix in the future, there as passionate and geeky as their clientele and loved seeing people enjoying their experiences).

I look forward to doing this one again, and exploring other episodes as they are added to the room. I have only one nitpick, and it literally is nothing more than that: I would suggest that the visual communications the ship receive incorporate actors instead of computer generated images. I was so into the game that when we received a com during our mission I was distracted by the image.

But that was the only drawback to the entire experience, and it didn’t ruin any of it. It was nothing short of amazing and so much fun.

Gather your crews, ship out, and venture into the far reaches of space with Proxima Command. Book your voyage here! 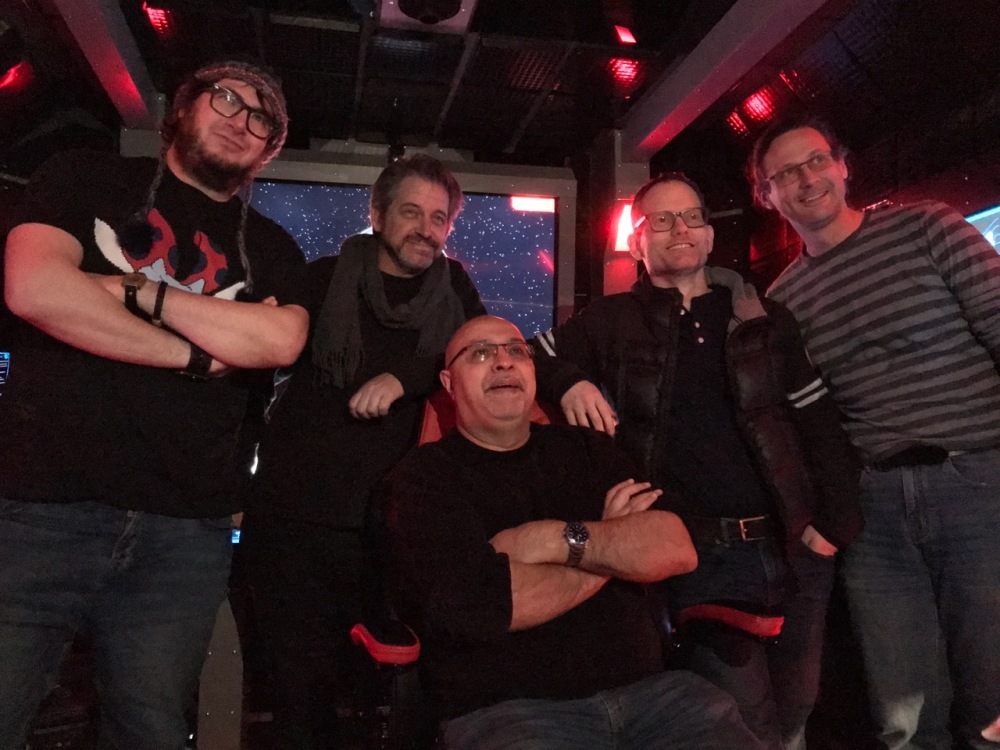