Chris Abbott pens the teleplay for this episode from a story by Paul Robert Coyle. First airing on 10 April, 1995, this story really started to dig into the Maquis aboard Voyager arc, specifically focusing on Seska (Martha Hackett) when it’s learned that someone aboard is sending information to the Kazon.

After a distress call is received from a Kazon vessel, which subsequently suffers an explosion, an investigation of the ship and its debris finds that they were using and experimenting with stolen Federation technology.

Janeway (Kate Mulgrew) and the rest of the crew are shocked and stunned to learn there may be a traitor on board, and, of course, suspicions are immediately turned onto the Maquis.

Chakotay (Robert Beltran) the former leader of the Maquis is equally upset to discover this turn of events, and aids in the investigation, unsure of where it will lead. The revelations definitely affect Chakotay as it is revealed that he and Seska had a romantic relationship prior to the beginning of the series.

Torres (Roxann Dawson), Tuvok (Tim Russ) and the rest dig into the hunt, and the reveals that happen throughout are not the kind any of them would have expected. 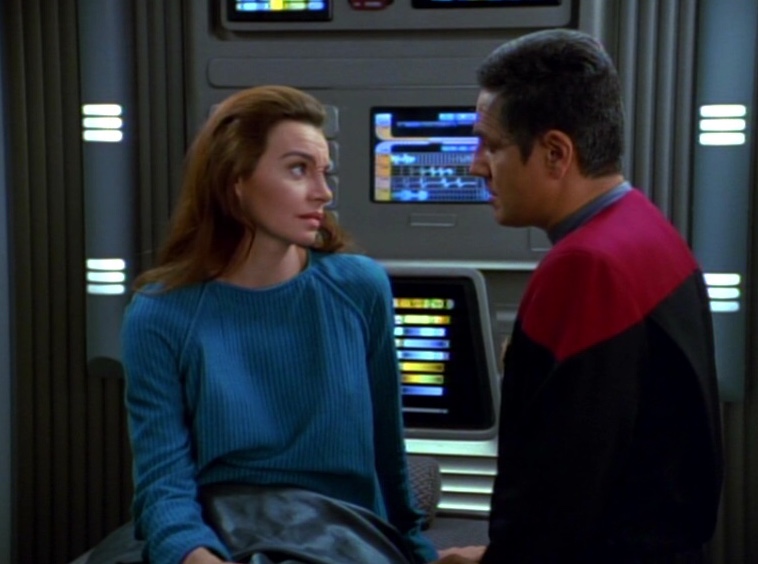 We had to get a holodeck goes awry story sooner or later, and we got almost all the way through the first season before they threw one at us.

Naren Shankar pens this episode that debuted on 24 April, 1995. When Harry Kim (Garrett Wang) disappears inside the holodeck while playing out the story of Beowulf, Chakotay and Tuvok are sent in after him.

When they disappear the captain turns to the Emergency Medical Hologram (Robert Picardo) to go into the program and recover the missing crew.

As stale as some of these holodeck stories have become over the years, and no matter what excuse they come up with for things going wrong, and why they just can’t turn off the program, it does give Picardo a chance to get his character out of sickbay and have some fun.

He also takes a name for the first time, choosing Schweitzer after the famed doctor.

While the story ends up being very basic, it’s nice to see Picardo getting to do more than wander around sickbay. This is the start of something fun for his character, and he slowly gets out and about a lot more, truly making him part of the crew.

The Human Adventure continues Thursday with my ongoing exploration of DS9 The Complete Series, and the voyage home resumes next Tuesday as Star Trek: Voyager – The Complete Series journeys on. Both series are available on DVD now from Paramount Pictures.