We are afforded a couple generic, run of the mill episodes, this week with this installment of Space: 1999. Both feature stories that have been told before in other sci-fi venues, and arguably better as well.

First up is Brian the Brain, written by Jack Ronder, this story first aired on 2 October, 1976.

There’s also a time jump here, because we are now 1150 days after leaving Earth orbit. Strange considering where we were when the second season opened. The relationship between Koenig (Martin Landau) and Russell (Barbara Bain) is a little more pronounced.

Alpha comes across a strange robot, Brian the Brain (Michael Sharvell-Martin). Koenig and the rest come across the robot aboard a ship that has lost its crew under mysterious circumstances.

Surprise, surprise, the eccentric automaton is the one responsible for it, and he’s about to do the same thing to Alpha.

Considering how cool the rest of the show tends to look, even in a 1970s futurist way, the design for Brian is clunky, and uninspired. He’s a bit of a disappointment. He’s self-programming, and seems to be a little more than silly, and the more sadistic villainous side doesn’t quite play as well as it should.

While dealing with Brian, they residents of Alpha also have to deal with a strange spatial anomaly that has pulled them off course. Tony (Tony Arnholt) and Maya (Catherine Schell) try to figure out a way to save Koenig and Russell from the mad robot who has taken the pair, while the commander tries to figure a way to outsmart him. 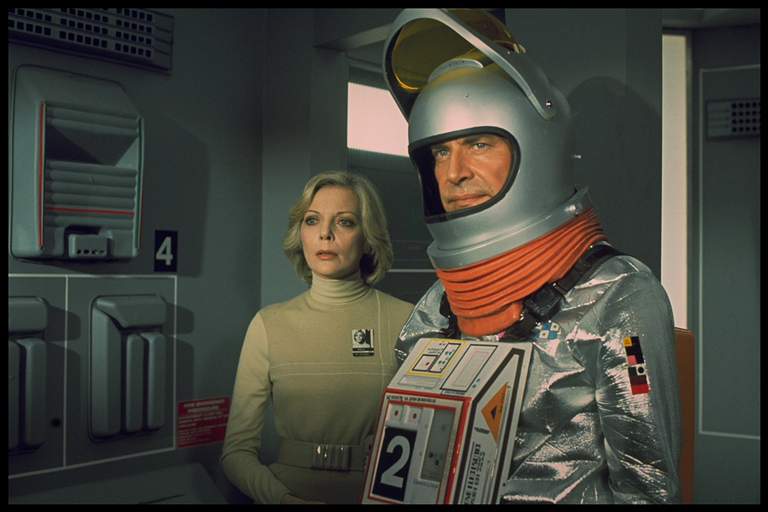 New Adam New Eve was written by Terence Freely and first aired on 9 October, 1976. Much like the previous episode this one has a familiar feel to it. The Alphans meet a humanoid being named Magus (Guy Rolfe) who claims to be god.

Magus taking credit for Creation claims he has tired of how life has developed over the millennia, and wants to start again. His selections to propagate the species, Russell and Tony, and Koenig and Maya.

And while Magus does have some serious powers, he is not who he claims to be, and wants nothing more than to control and rule, but Koenig and the rest will have to find a way to out think him.

Will Magus gets his way as he tries to manipulate the couples to his plan?

He is keeping a secret somewhere on the planet, and the Alphans start using their wits to figure out what is going on, and how to stop Magus.

Both of these stories feel very familiar, especially this one.

Still, the series is fun, even when the episodes aren’t the strongest, and there will be more next week when Space: 1999 continues! 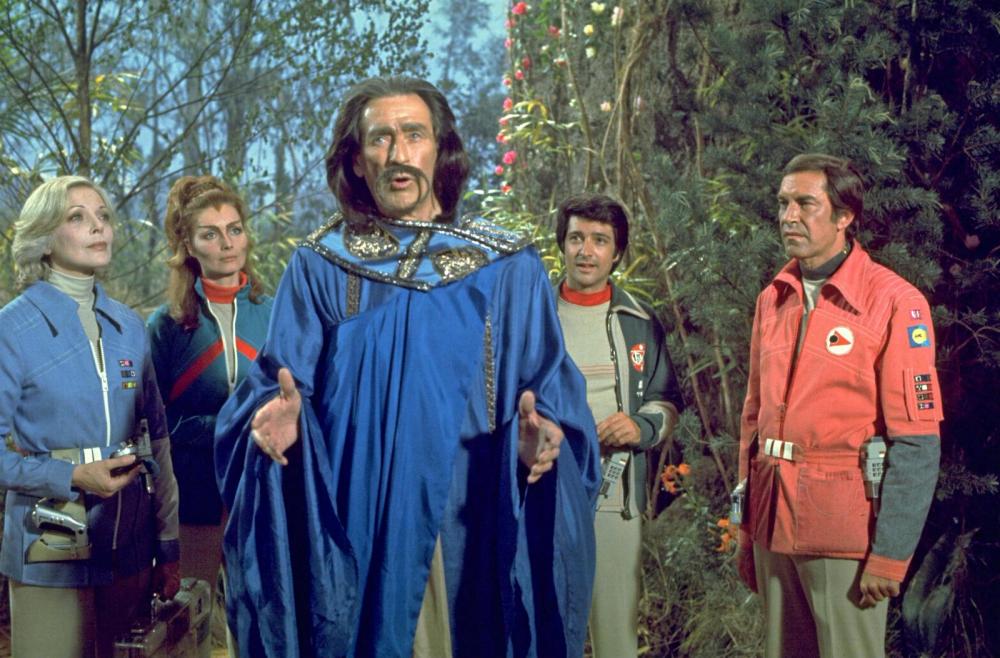