The next big title in DK Canada’s highly enjoyable The Movie Book is La Dolce Vita, which having previously reviewed for the blog, I moved on to the What Else to Watch list and was delighted to be able to dig into this already classic film, Lost in Translation, starring Bill Murray and Scarlett Johansson.

Murray is a washed up movie star who still has enough draw to get well paid for making advertisements in Japan, all while being constantly inundated with messages and faxes from his wife stateside about every aspect of their life from their child to decorating. Johansson (only seventeen at the time) is a young wife, whose photographer husband (Giovanni Ribisi)  is doing photo shoot after photo shoot in Tokyo.

Both characters are alone and lonely, and separated from the culture by a language barrier.

Lost in Translation is a beautiful film to watch, it’s gorgeously constructed and both leads play their roles subtly, heightening their loneliness and their need for connection in a place where they are the outsider, and can’t seem to connect with anyone else, even their loved ones. Set in beautiful Japan the film is stunning to look at, and Coppola makes the film something to watch. She walked away with the Oscar for Best Original Screenplay, and was also nominated for Best Picture, Best Director, and Murray scored a nod for Best Actor.

Much like the characters the film is best watched late at night, it adds to the experience, and helps you relate to the characters because they themselves are unable to sleep, seemingly unable to adapt to their jet lag, and the time differences. Watching it in the middle of the night, a bottle of wine at your side and someone you can connect to in the light of the flickering screen is a prime experience, and Lost in Translation.

Johansson and Murray are pitch perfect in the film, the film is wonderful tonally, and just a gentle, movie about lonely souls.

The film also features Anna Faris as a Hollywood star on a press junket in Japan for her new film, and all of these things combine for not only a great cinematic experience, but apparently a fairly biographical one for Coppola. She drew from personal experiences for this film, and it makes you wonder who was who.

DK Books keeps it coming with some great and enjoyable cinema, both classic and modern, and you can find this title and countless more within the pages of The Movie Book. Pick one up today! 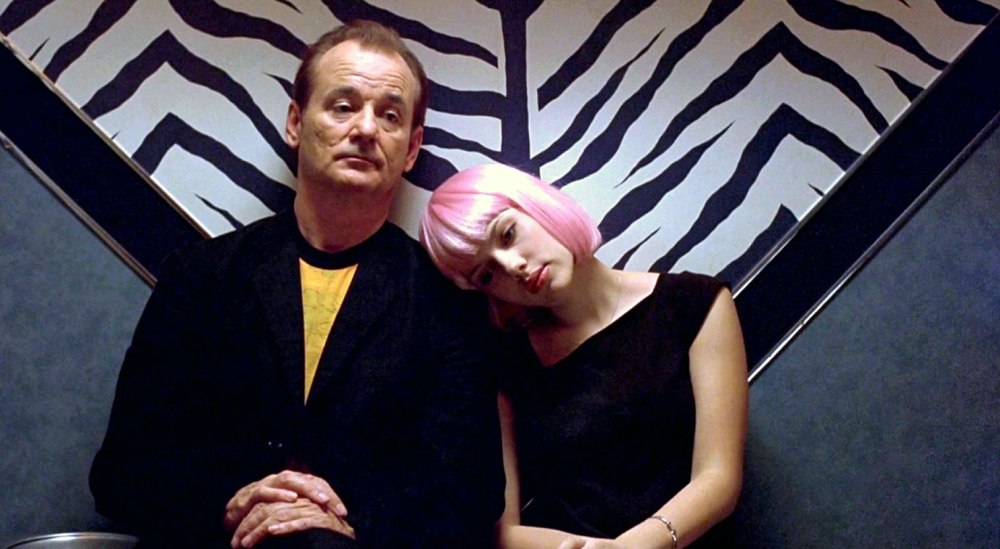