After ten years, and eighteen previous films, the Marvel Cinematic Universe came together in a way that no other film series has done. Since 2008, with the introduction of Iron Man, Marvel has built upon each film, creating an interwoven reality, and hinting at a terrible threat to come.

That threat has arrived.

Avengers: Infinity War hits blu-ray and DVD today from Walt Disney and Marvel Studios, and it plunges heroes from all over the franchise against the seemingly unstoppable threat of Thanos (Josh Brolin) whose coming has been hinted at for years.

The great thing about Thanos’ plan, however, is that you can see his point of view, he’s not entirely wrong. And while that doesn’t make him a sympathetic villain, once can certainly understand his motivations. And he’s not above sacrificing things that are important to him for what he considers the betterment of the entire universe.

Infinity Wars is a stunning watch. 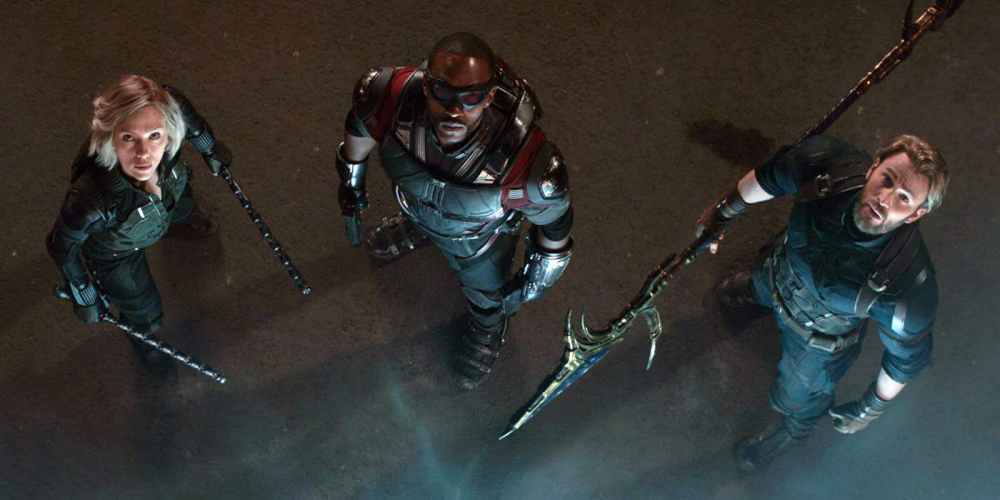 This is not, however, a stand alone film, this isn’t a film to walk into solo and expect to know what is going on. This is the culmination of a decade’s worth of material, with countless payoffs, nods, and continuity. It is two and a half hours of Marvel goodness and sets up next year’s follow-up…

The film is epic in every sense of the word, the visual effects are amazing, the action beats, the humour, there isn’t a single misfire, it’s a brilliant culmination of work, and shows that despite the variety of characters in the Marvel Cinematic Universe they can and do exist within the same realm.

Rousing, entertaining, and ultimately jaw-dropping (my initial reaction seeing it in the theatre was exactly that) the film is amazing, and leaves one slavering for the next instalment.

The extras are fairly standard, and once again I’m a little bummed that there isn’t a much longer documentary about the entire Marvel universe. This would have been the perfect film to celebrate all that has gone before with a feature length documentary.

In lieu of that however we are offered up a fairly solid collections of featurettes about the hero pairings in the film, a look at Thanos, and the two major battles featured in the movie, Titan and Wakanda. The film also features an introduction by the directors, Joe and Anthony Russo, a gag reel as well as a solid, and informative audio commentary by the pair – with maybe a hint or two of what is to come?

It’s hard to believe the MCU has only been in existence for ten years, it’s changed a lot of things in Hollywood, not all of them for the better, but they do show that if done right, comic book movies can be done right, repeatedly, and that if time is taken to develop your characters, your audience will invest in them.

Avengers: Infinity Wars the latest all out action extravaganza from Disney and Marvel Studios is available on blu-ray and DVD today.