This one first debuted on 27 November, 1975, and honestly, is a bit of a low point for the first season. It’s obvious that Lee can’t be who he appears to be, and yet he causes all manner of problems as if he were exactly that.

When an Eagle returns from the planet, suffering a strange attack on the way, Koenig (Martin Landau), Russell, and Bergman (Barry Morse) are stunned to discover a third party aboard the exploratory mission. Helena’s husband.

Despite the mystery of Lee, Project: Exodus is once again brought up for discussion as Terra Nova provides the opportunity for a new home.

Even though everyone realises that Lee can’t be who he appears to be, they all seem to take it in stride that he must be an alien. That’s one of my biggest upsets with the series (so it’s not really a surprise that I mention it a lot) – there’s no sense of fear or wonder when they encounter what must be an alien civilisation.

What they do believe is that Lee may have the answers to whether or not Terra Nova will serve as a new home for the three hundred souls on Moonbase Alpha. Even Koenig is eager and excited about the prospect, despite the strange presence in Alpha’s medical section.

What is the mystery of Lee Russell? and how does it tie into Terra Nova? And will the Alphans learn it before it’s too late?

It’s actually a fun idea, just poorly executed. I do like that Space: 1999 does try to go the more cerebral root with its storytelling though.

Earthbound sees the return of Simmonds (Roy Dotrice) – where the hell has he been all this time? As well as an appearance by Christopher Lee as the alien captain, Zantor.

Written by Anthony Terpiloff, this episode first debuted on 19 January, 1976.

An alien craft, manned by Zantor and his collection of pacifist aliens, are bound for Earth. The Alphans are delighted to make their acquaintance, except for Simmonds who sees the possibility of using their craft to return home… (How long would that take? And considering the condition the Earth would be in after losing the Moon, what would there be to go back to?).

It’s hard not to giggle at the look of Zantor’s ship, after all the cool designs we’ve seen in the series so far, this one looks rather silly. Having said that, I do like the interiors of the ship, and the aliens in their suspended animation pods.

With one of their crew dead, there is an empty spot on the alien ship, and Simmonds wants it. Zantor warns Koenig of the danger, even as Russell runs some tests on the system with the alien’s help.

Computer chooses three names, but Simmonds is determined to make sure it’s him. No matter the cost, and no matter the danger he puts Alpha in.

But he’ll get his just desserts, and if you think about it, really get into what happens to the character, it’s terrifying.

In fact making Simmonds the enemy in the episode leaves Lee with nothing really to do. He’s quiet, gentle, and completely unobtrusive, both as a character and in the story.

Moonbase Alpha continues tumbling through the depths of space to continue its adventures… next week. 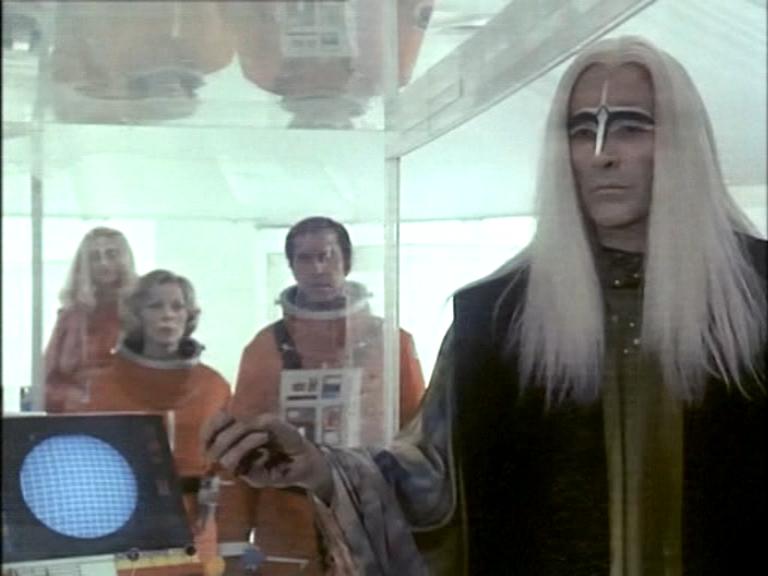