Toshiro Mifune headlines in this fantastic film that is the next recommendation on the What Else to Watch list in DK Canada’s The Movie Book following my screening of Rashomon. A movie that centres on honour, pride, justice and love Kobayashi’s film is a riveting watch, with a brilliant climax.

Mifune stars as Isaburo Sasahara, a middle-aged samurai, and exemplary swordsman, who simply wants to enjoy his life, and perhaps be a grandfather if one of his sons, Yogoro (Go Kato) or Bunzo (Tastuyoshi Ehara) would marry.

When the local daimyo, a feudal lord, is upset by one of his mistresses, Lady Ichi (Yoko Tsukasa), he decides to impose her on Isaburo’s family, and decrees that Yogoro will marry her. Initially bristling at the idea, the family takes her in, and eventually the kind souls of both Yogoro and Ichi find love together, and have a child.

When the heir apparent dies, the lord wants Ichi back to mother the child he gave her, and who is now his new heir. She is turned over against Isaburo and Yogoro’s wishes, and finally the man is pushed too far, and wants justice for his family, his son, and his new grandchild.

Which means that he is in open rebellion with his lord, and those he respects may now stand in his way in his search for justice, as he seeks to reunite husband, wife and child. 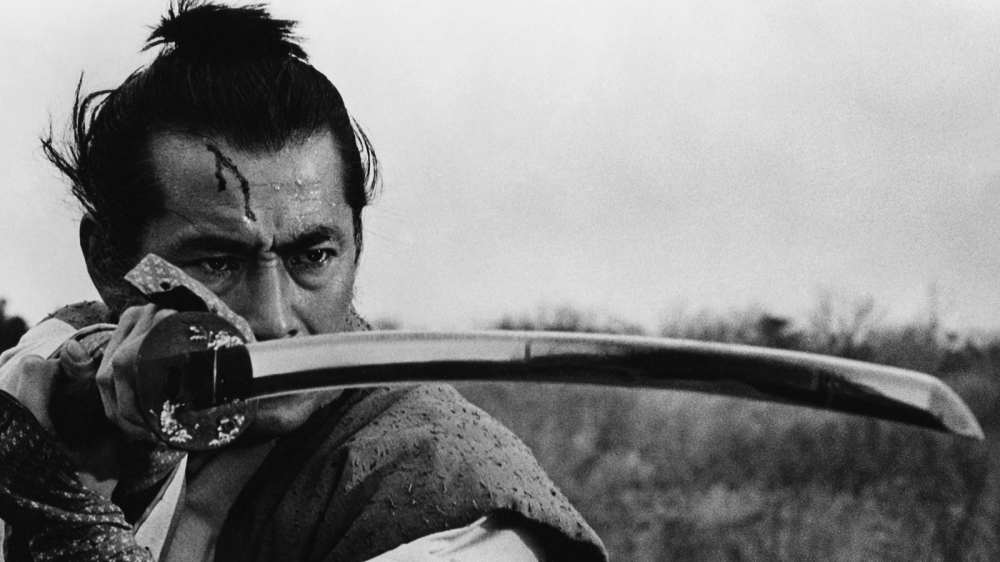 The film rockets along, and Mifune is a prime example of bad-assery as he seeks to keep his family together.

It’s ironic, because at the beginning of the film, Isaburo claims all he wants is a grandchild, and as the plot unfurls, that’s what he gets, but at what cost, and will he be able to tend to her?

The action sequences are solid, and though they would be orchestrated differently today, they are still amazingly solid, and Mifune seems to revel in the action beats and character beats in equal measure.

Of course, as soon as you know the character is going to be pushed to his breaking point, and are aware of the odds and society against him, you know it can’t end well, but you know he’s going to go down swinging!

This was a great watch, and brought me yet another film I didn’t know about, over the past few days I’ve become an even bigger fan of Mifune, and will always find time to watch some of his work.

And you can too, or find something else amazing to watch with DK Canada’s The Movie Book!