With an airdate of 15 February, 1993, Tapestry immediately became a fan favourite. Written by Ronald D. Moore, the episode is immersed in series continuity, especially that of Captain Picard (Patrikc Stewart).

When the captain is injured in a fight, his artificial heart, which we know about from season two, is damaged as well, and Picard may in fact be close to death. As the captain’s mind (or spirit?) begins to wander, he encounters Q (John de Lancie) who shows him how all of his choices affect the life he leads.

I love the changes the choices Picard makes affect on his life, and it allows us to see, as viewers and humans, that even bad decisions can lead to good things. All of our choices inform who we become.

It’s a great episode, Q, for a change, is wonderfully restrained, and this will be his penultimate appearance in the series. It’s a touch Christmas Carol, and a dash of It’s a Wonderful Life, and it lets us have a look at Picard’s life in a way that we never have before.

Stewart, as always, turns in a wonderful performance, and it’s always a delight to see him going toe to toe with de Lancie. 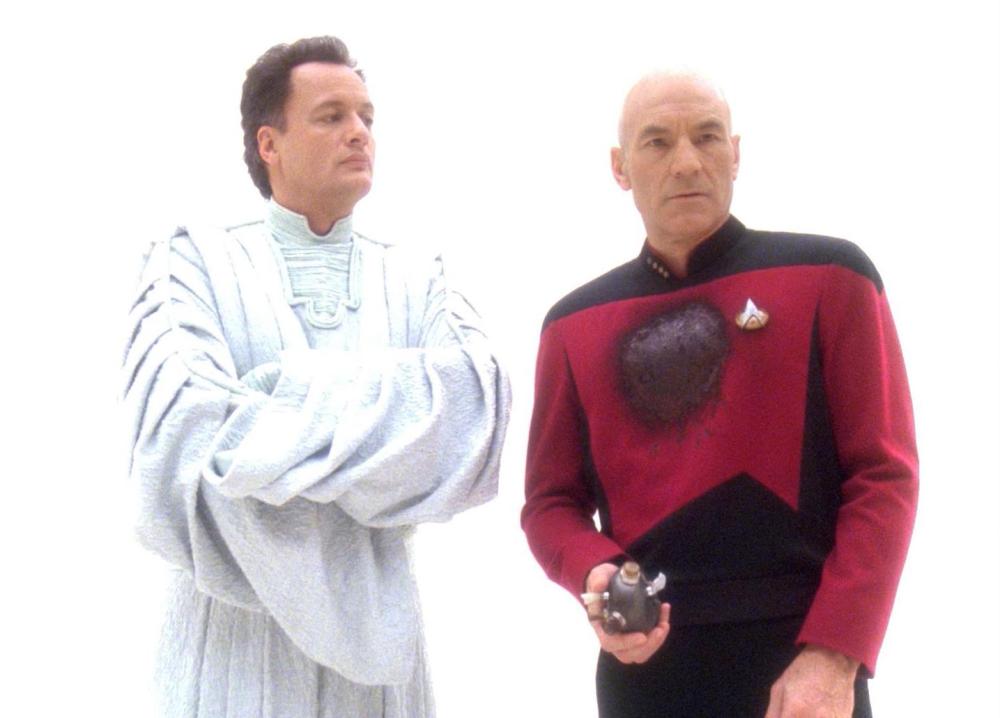 Airing on 22 February, 1993, the Enterprise arrives back at Deep Space Nine to help with the aqueducts on Bajor, but that takes a back seat to a Worf (Michael Dorn) story.

Written by Brannon Braga the tale follows the Klingon after he is approached by a strange alien, Jaglom Shrek (James Cromwell) who tells Worf that his father is still alive, having survived the attack on Khitomer and can be found on a remote Klingon colony, at the edge of Romulan space,

Data (Brent Spiner) meanwhile is having visions of his creator, Dr. Soong (also Spiner) following a plasma shock caused by a strange device brought onto the Enterprise by Dr. Bashir (Alexander Siddig). He begins to explore his visions, while Geordi (LeVar Burton) and Bashir help.

When Worf arrives at the camp, he doesn’t find his father, but he does find a group of Klingons living, he believes under Romulan guard, but when he tries to break some of them out, they summon the Romulans, and he is captured, leading us straight into a “To Be Continued…” message.

I like the fact that these stories, both Worf’s and Data’s take their time in the telling, allowing both actors to have some nice beats, and it’s nice to see Spiner with almost no makeup at all as the young Dr. Soong of Data’s visions, or are they dreams? 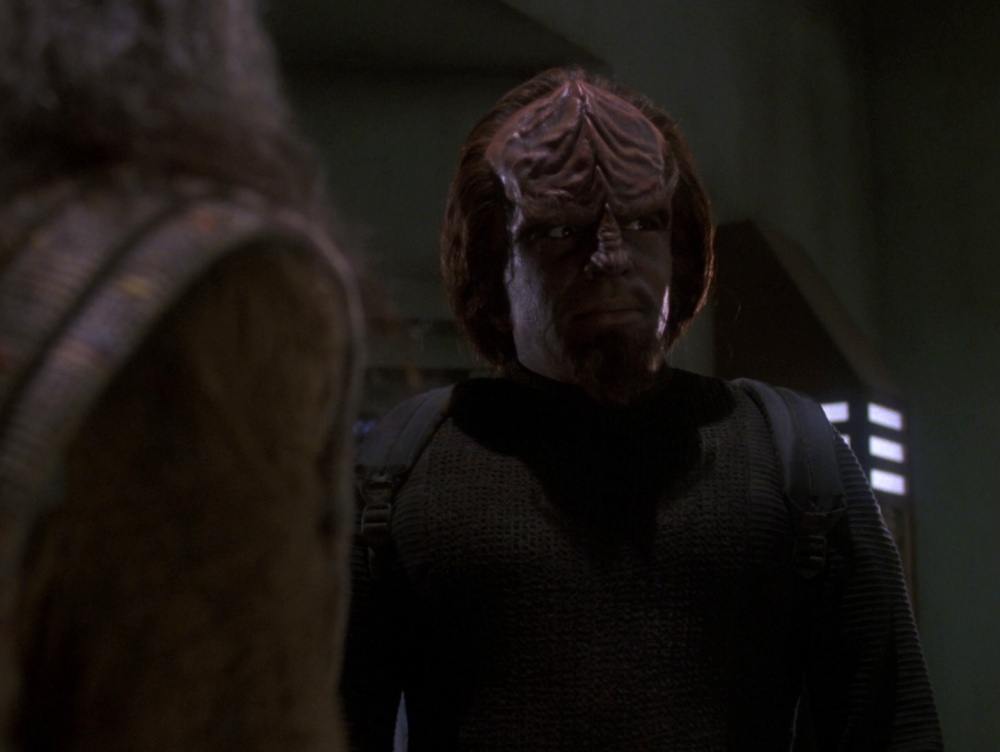