The Doctor (Capaldi) is trapped in an ever shrinking TARDIS, and it’s up to Clara (Jenna Coleman) to investigate an unnerving mystery in Flatline. Written by Jamie Mathieson this episode first aired on 18 October, 2014.

Something very unnerving is going on, and people are disappearing, or perhaps just our perception of them. there’s a strange race at work, and it seems they may only exist in two dimensions, and they are slowly investigating the world of three dimensions, even if it costs the lives of those they experiment on.

The TARDIS exterior is shrinking, and the Doctor is unable to escape from it. While he works on it, he tries to also provide aid to Clara and her mystery.

There’s a delightfully unnerving undertone to the episode as people are rendered into two dimensions. It’s a little scary because we’re not sure what is going on. But fear can be confronted, and Clara, with a local lad, Rigsy (Joivan Wade) serving as her Companion is determined to puzzle it out.

The reveal halfway through the episode of the mural is wonderfully done, and changes the episode from spooky mystery to terrifying chase while the Doctor, still stuck in the TARDIS, tries to find a way to help Clara.

There’s a fun little injoke, when the TARDIS is stuck on a train track, with a train racing towards it, the Doctor gets to have a bit of an Addams Family Thing moment, and the train itself has the number A113 – a nod to Pixar.

This is a fun and incredibly enjoyable episode that walks that balance between scary and delightful, and features some amazing art as the aliens render into two dimensions, and then back to three. 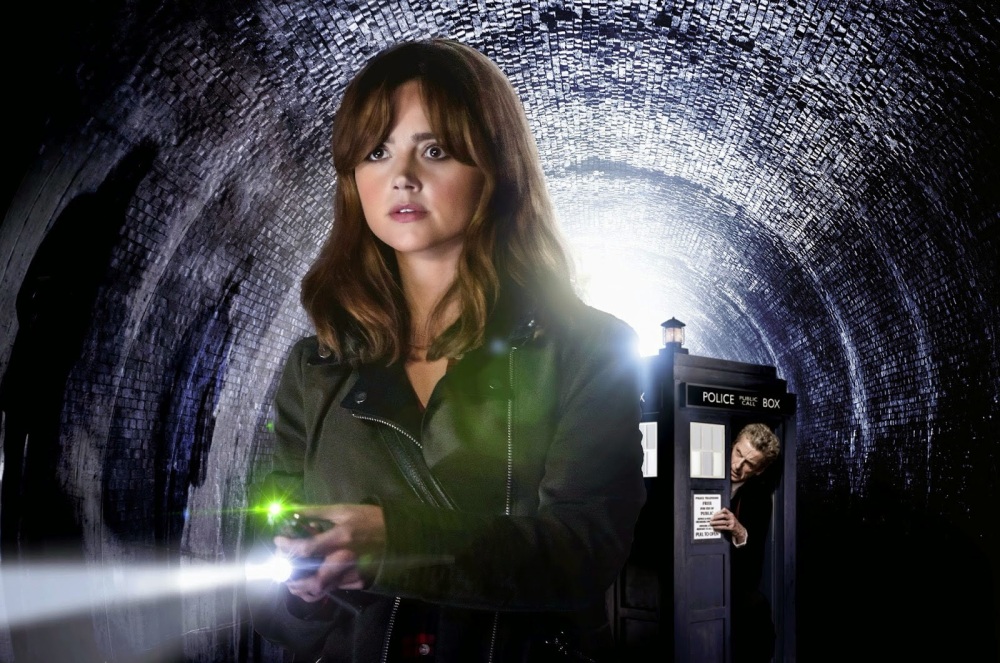 In the Forest of the Night was written by Frank Cottrell Boyce and first aired on 25 October, 2014.

Overnight, the entire world has been reclaimed by forests and the Doctor finds himself in the heart of an overgrown London helping a young girl, Maebh (Abigail Eames).

Clara and Danny (Samuel Anderson) oversaw a Coal Hill school sleepover at the museum, and are stunned to come out to discover the overgrowth. It seems Maebh belongs to the group but somehow found her way to the Doctor.

There’s a connection between the two and the Doctor, Clara, and Danny will have to work together to figure it out.

Danny is also upset to learn that the Doctor and Clara are still travelling together, adding a little relationship tension to the story.

This one isn’t one of my favourite episodes, and while it’s fun to see the Doctor get upset with all the school children, I just wasn’t caught up in this episode like others.

I do like the fact that the trees are actually there for a good reason, it’s not an invasion, it’s a safety feature.

Next week we come to the conclusion of series 8 when the Doctor and company slip into Dark Water.