Star Trek: Deep Space Nine debuted on 3 January, 1993, and the series creators Michael Piller and Rick Berman penned the pilot episode which was debuted as an feature length series opener.

Commander Benjamin Sisko (Avery Brooks) is given command of Deep Space Nine (and an all new Starfleet uniform) in orbit around Bajor. It is a Cardassian space station left in less than stellar shape after the Cardassian occupation of Bajor was brought to an end.

Sisko is unlike our other commanders, he’s haunted by the events of his past, and the loss of his wife, Jennifer (Felecia M. Bell) during the Battle of Wolf 359 which was the Star Trek: The Next Generation Season 3 cliffhanger, and season 4 opener, in which the Borg attack, and Picard (Patrick Stewart) is kidnapped and transformed into Locutus of Borg.

Blaming Picard for the events, Sisko has quite  chip on his shoulder, and is unable to move past that event, even as he serves as a single father to his son, Jake (Cirroc Lofton). He is less than thrilled to be taking command of DS9, but events will soon change to make it an important strategic location.

His crew is rounded out with a Bajoran attache as his first officer, Major Kira Nerys (Nana Visitor), a Trill science officer whom Sisko has no for decades, in another body, Jadzia Dax (Terry Farrell), a shapeshifting security officer, Odo (Rene Auberjonois), and fresh from the academy Doctor who wants to make a name for himself, Bashir (Alexander Siddig), and Chief Miles O’Brien (Colm Meaney) transferring in off the Enterprise.

The Bajoran religion talks of orbs and prophets, and this talk leads Sisko and the crew to discover a stable wormhole in the system. The orbs were released by a lifeform that lives within the wormhole, and has no perception of linear time, something that Sisko is actually able to explain through using baseball as an analogy.

As the crew struggle to keep the Cardassians at bay, they also try to restore some order and dignity to the trashed station, especially the Promenade which serves as the cultural hub of the station as well as its market. To help, a Ferengi named Quark (Armin Shimerman) is more or less blackmailed into keep his bar and gaming centre open as a pillar and leader of the community.

The episode does a very nice job of introducing the concept of the new series, while revealing that Bajoran religion and galactic politics are going to enter into it, as well as creating fairly solid and rounded characters for a premiere episode.

There are some very definite Trek moments in the series, even while positioning it as a slightly darker incarnation than those that have gone before. I’m looking forward to getting through the entire series, something I’ve never done, I always end up floundering somewhere around the fourth season.

Now, thanks to Star Trek: Deep Space Nine – The Complete Series, now available from Paramount Pictures, I am going to get through all of them as the Human Adventure continues… 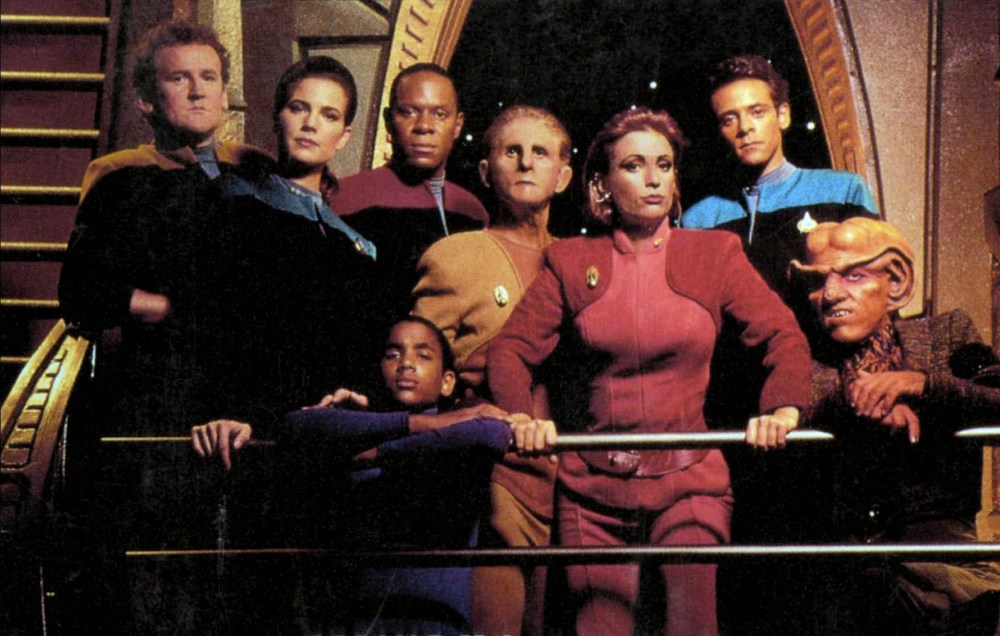