The next big title in DK Canada’s The Movie Book is the classic film, Laura. Having previously reviewed it, I dove into the What Else to Watch list for this title, and discovered this fantastic little noir film starring Burt Lancaster and Ava Gardner.

Two hitmen arrive in a small town and kill a gas station attendant known as the Swede (Lancaster). He doesn’t resist when they come for him, and in fact, inside the first ten minutes, the Swede is dead.

Enter insurance investigator, Reardon (Edmond O’Brien), He is determined to figure out what is going on, and why Swede was killed.

Through a series of interviews and flashbacks, we learn about Swede, a decent boxer who stumbles, and becomes a small-time crook, who gets called in on a bigger heist. He is  beguiled by a woman associated with the group, Kitty Collins (Gardner).

We see his life unfurl as his attraction for Kitty is his downfall.

Gardner is very much a femme fatale in this film and looks stunning, able to wrap every man around her finger, which is the whole point to her character, she ensnares Swede, and then exploits him for her own ends. 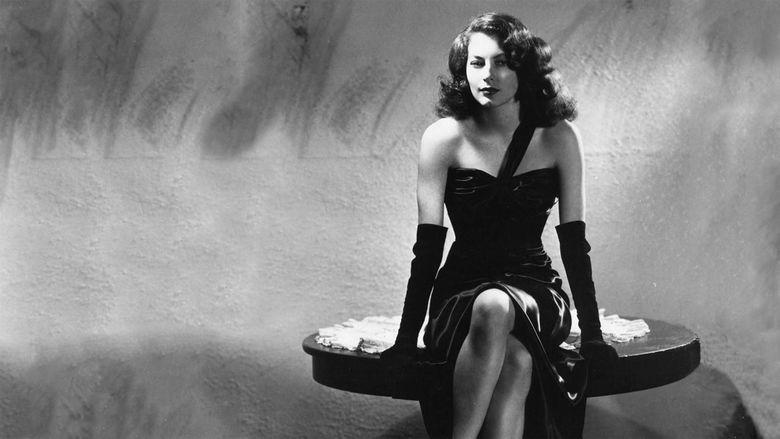 This was a very enjoyable film, and incredibly well put together. I had never heard of it, so was delighted to dig into it, and loved how it was crafted, how the story was revealed, and revelations about characters, and events were uncovered.

Reardon working on the case tracks down a number of leads, and we see the story, and the characters come together, as he investigates, sorts things, and ferrets out the truth.

The pacing, structure and characters were fantastically constructed and this film was nothing short of engaging, and stunning. Lancaster turns in a solid, even a restrained performance, as Swede’s boxing career collapses and he turns to crime, before finally admitting that he did something wrong and meeting his death.

Gardner doesn’t have a lot of dialogue, but her impact in the film, and on the characters of it cannot be denied, and she is captivating to watch.

The film races along, new revelations and leads dug up by Reardon keep the viewer watching, on edge, and wondering how it will all play out, and finally answers the question of why Swede went so willingly to his death.

DK Books’ The Movie Book has brought me a number of titles that I hadn’t seen, and some cases heard of, but all of them have been amazing to dig into. But don’t take my word for it, pick up a copy of The Movie Book today, introduce yourself to some classic cinema or rediscover an old favourite.