The next recommendation from the Great Movies – 100 Years of Film following my screening of The Fellowship of the Ring is this adaptation of the first book in His Dark Materials trilogy, The Golden Compass by Phillip Pullman.

It’s obvious that the film was planned as the first in a trilogy, much in the vein of New Line’s Lord of the Rings adaptation unfortunately a number of factors play into it’s lack of success. Not the least of which is the film’s running time. Not even clocking in at two hours, the film should have been lengthier, concentrated on the world-building and character development that would have made the film a little stronger. That and the fact that, for the most part, the world doesn’t look lived in. It’s almost too clean.

The story follows a young girl, Lyra (Dakota Blue Richards) who lives in an parallel world to ours. There are many differences in this realm, the foremost of which is, unlike this world where our souls are on the inside, in Lyra’s world their souls live outside them, and take the form of animals, called daemons.

The world is filled with politics, religion, mystery and magic. There are witches, talking bears, aeronauts, and a ruling church known as the Magisterium. There is a Dust that runs through all things and worlds, which is of great value to the Magisterium, and far to the north, beyond the lands of the Polar Bears is a secret outpost where experiments are being conducted on children and their still forming daemons by a dark organisation led by the nefarious Mrs. Coulter (Nicole Kidman).

There is a lot going on in the film, and Weitz, who also penned the script in addition to directing never really takes the time to let us ease into the world, to discover the different cultures, the rules that govern it, or just the beauty of it.

I’m not sure why they pushed him to shorten the tale, and leave so much out of the book (that’s always going to happen with a transition from page to screen) but the film loses a lot of the magic of the original tale because you don’t get to enjoy it, and completely glosses over the religious themes of the tale.

The crux of the plot sees Lyra escaping Mrs. Coulter to head north, joined by the bear, Iorek Byrnison (voiced by Ian McKellen), accompanied by her daemon, Pan (voiced by Freddie Highmore) to rescue her friends who have been taken north.

What she doesn’t know, despite being armed with the truth telling device, the alethiometer (or golden compass), is that she is just a small cog in a much larger fight that involves the church, the witches, the gyptians and the scholars, including her uncle, Lord Asriel (Daniel Craig).

It’s too bad this one wasn’t realised as well as it could have been, as I would have liked to see the follow-up films instead, I will have to impatiently wait for the BBC series that may finally be getting underway from Bad Wolf Productions.

In the interim, I will say this for the movie, it has awakened the need to read the novels again… Which I probably should anyway, it’s been almost twenty years so I last dove into them. And that way I can move on to Pullman’s return to that world with The Book of Dust. 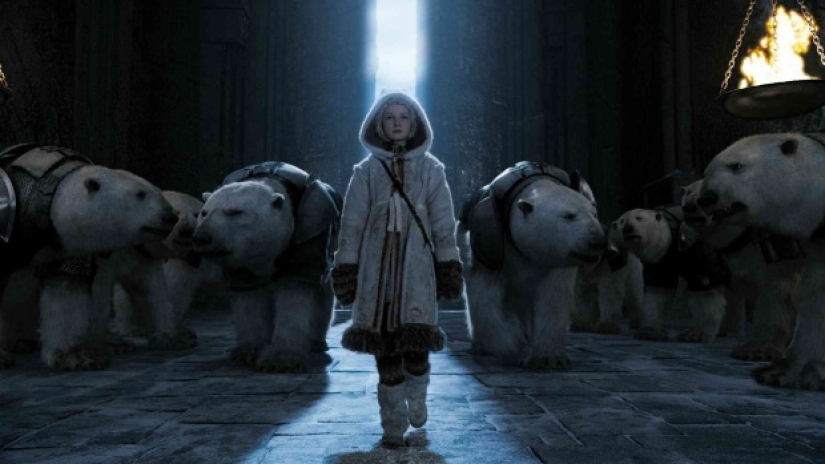