Thor Ragnarok the immensely enjoyable third solo adventure of the Marvel hero comes home on blu-ray and DVD today, and continues to build on the Marvel Cinematic Universe while also bringing in something new to the adventure… A huge sense of humour and fun.

Chris Hemsworth as the titular god shows that he can manage action and comedy and that they can combine perfectly in a Marvel film that isn’t a Guardians of the Galaxy instalment.

Thor finds himself in a bigger adventure than he’s encountered before, across the galaxy. When Hela (Cate Blanchett) comes to power in Asgard, the god of thunder, and brother Loki (Tom Hiddleston) end up on the far distant planet Shakar where the Grandmaster (Jeff Goldblum) forces him to become a fighter in a gladiatorial arena.

Here he comes across an old friend, Hulk (Mark Ruffalo) and a fallen Valkyrie (Tessa Thompson) and the adventure, and the laughs are larger than ever before, and it all works.

Heimdall (Idris Elba) has his own story that ties in nicely with the overall arc for the film, but I keep hoping that Elba is offered a different role in the MCU and he gets his own film.

I love director Taika Waititi’s visual eye, and loves the way he tells his story, and the images he composes. There are stunning, iconic images in the film that are nothing short of pure comic book art brought to life.

In a series that has been one hit after another, Thor Ragnarok is a shining jewel in the MCU crown.

The disc’s extras include a far too short look at the first ten years of the MCU (honestly this could have been a couple of hours and I would have loved every minute of it), a gag reel, a hilarious short, a commentary by Waititi, and some entertaining featurettes, one of which pays some very nice homage to comic legend Jack Kirby.

The look at the production design, and how the film intentionally strove to make sure that Kirby’s art and designs were properly represented in the film was great, but much like the Marvel Ten Years featurette, this could have gone on much longer and I would have been completely captivated.

The gag reel is brilliant, the new short included on the disc is hilarious, and I won’t tell you what it’s about, it’s much funnier to just see it happen.

The picture is stunning, and this may be one of the most colourful of all the MCU films, it’s just brilliantly vibrant, and will also give your home theatre sound system a healthy and enjoyable work out, from the explosions to the music by Mark Mothersbaugh.

It’s a heck of a ride, a full-on action-comedy comic book that sends the characters into new directions and opens up its story-telling in new and different ways. The MCU library continues to grow and each one is a welcome addition to the film collector’s shelf, and if possible, each one seems to be better than the one before. It’s amazing.

Thor: Ragnarok is available today on blu-ray and DVD from Marvel and Disney! 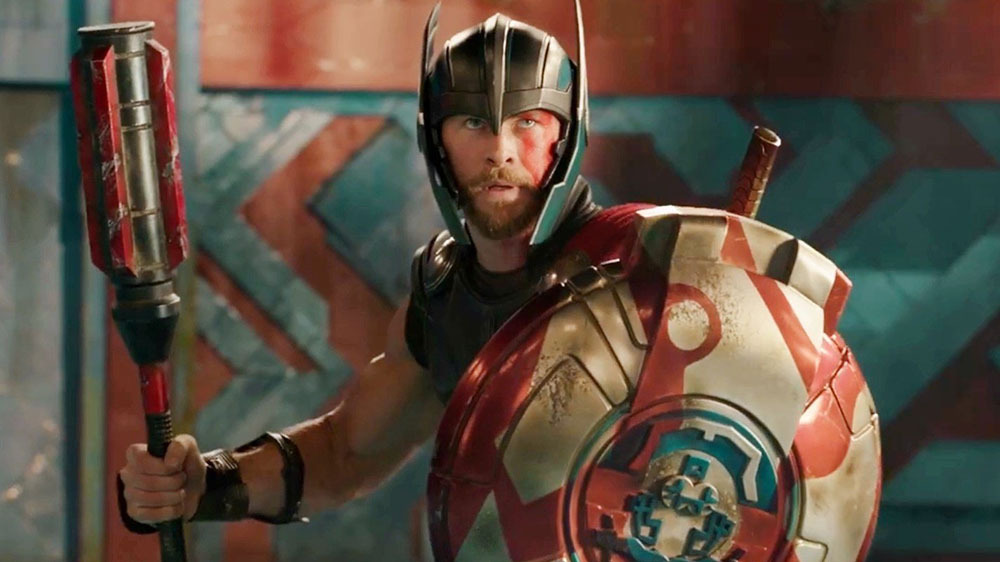