Airing on 27 April, 1992 this episode was penned by Reuben Leder and Michael Piller from a story by Rene Echevarria and Leder.

When a couple of Ferengi are brought on board, and disturb Briam’s cargo, Captain Picard (Patrick Stewart) finds himself in a situation he never expected to be.

It seems the cargo the Enterprise is carrying for Briam is a metamore, an empath named Kamala (Janssen). She adapts to the person who is to be her betrothed, and she imprints within hours. And Picard is her choice, after pursuing Riker (Jonathan Frakes) for a moment.

I do get a giggle from the fact that she reveals she is a mutant, which is what she’ll play a little later in her career.

Picard can’t help but be attracted to her, as she is to him, but he must focus on the task at hand, and maintain peace between the two cultures that she is meant to save.

The moments that the two characters share are very well-crafted, and watching Picard argue for Kamala’s needs which is something she doesn’t need. She is exactly what she wants to be, and is only happy, when she completes her purpose. It’s an interesting exploration, and their relationship is really quite nice.

Unfortunately for the mission, she imprints on Picard, but much like Picard, she knows she must go on with the mission, resigning herself to a life she now, no longer wants.

The 4 May, 1992 brought us yet another kid episode. This one was written by Edithe Swensen and Brannon Braga from a story by Jean Louise Matthias, Ronald Wilkerson, and Richard Fliegel.

Clara Sutter (Noley Thornton) and her father have only been on the Enterprise for a short time, and she has difficulty making new friends, so she relies on her imaginary friend, Isabella.

Unfortunately, when a sentient force investigates the Enterprise, they bring Isabella (Shay Aster) to life, an she manipulates Clara into exploring the Enterprise, and causing problems.

Troi (Marina Sirtis) is unconcerned at first with the idea of Isabella, but when she learns that the imaginary friend is asking Clara to do things she knows is wrong, her warning bells start going off, even though she doesn’t realise there is an alien life form at work.

Honestly, after a season with more than its fair share of episodes featuring children I was less than happy to have to endure another one.

I also think this could have been a little more sinister, and by the time Isabella turns dark, it’s too late.

I will say this, the effects in this episode are very nice, there is a reuse of the Mutara nebula from Star Trek II but the strands within it are brought to reality in a dazzling way.

Happily the final four episodes of the season are all pretty strong, but you’ll have to wait until Thursday when the Human Adventure continues… 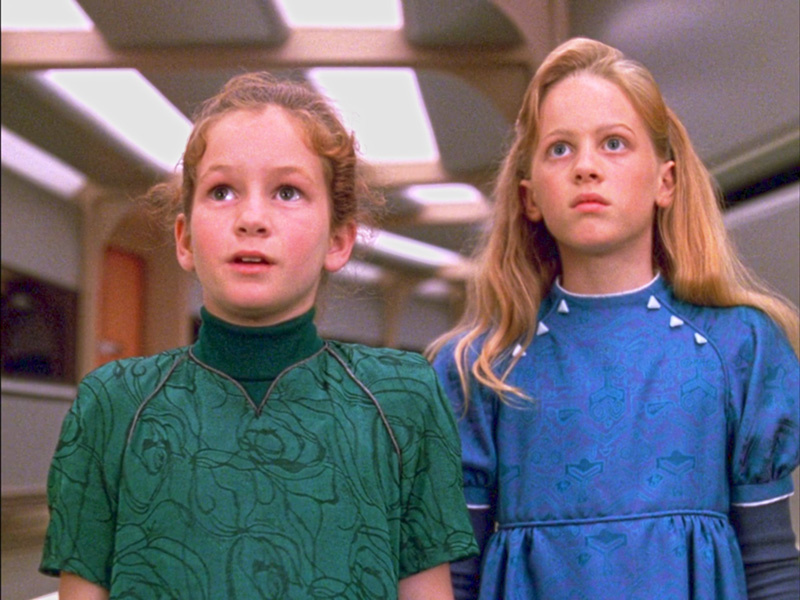