Disney’s tale on Robert Louis Stevenson’s classic tale of pirates and high adventure is the first recommendation from the Great Movies – 100 Years of Film book following my screening of Pirates of the Caribbean: The Curse of the Black Pearl for the action genre.

Disney branched away from animated shorts and films with this, their first live-action movie. It plays fairly faithfully to the source material, and is a solid family fare.

Vibrantly technicolor, the film follows young Jim Hawkins (Bobby Driscoll), who comes into possession of a treasure map that is being sought out by pirates and treasure seekers of all sorts.

The young boy teams up with Squire Trelawney (Walter Fitgerald) and Dr. Livsey (Denis O’Dea) who secure a ship, and a crew. Unfortunately it’s manned mostly by pirates, all loyal to the notorious Long John Silver (Robert Newton – who helped define the now accepted pirate patois) who masquerades as a cook, befriending the young adventurer until he can secure the map and the treasure for himself.

In fact, Silver manipulates Jim every chance he gets. But Trelawney and Livsey rumble what is going on, and they to use Jim, making sure he keeps an eye on Silver. Poor kid is used by everybody in this film.

When Long John seizes Jim, the excitement really kicks off as young Jim hunts out the treasure, tries to elude pirates, and has himself an unparalleled adventure. 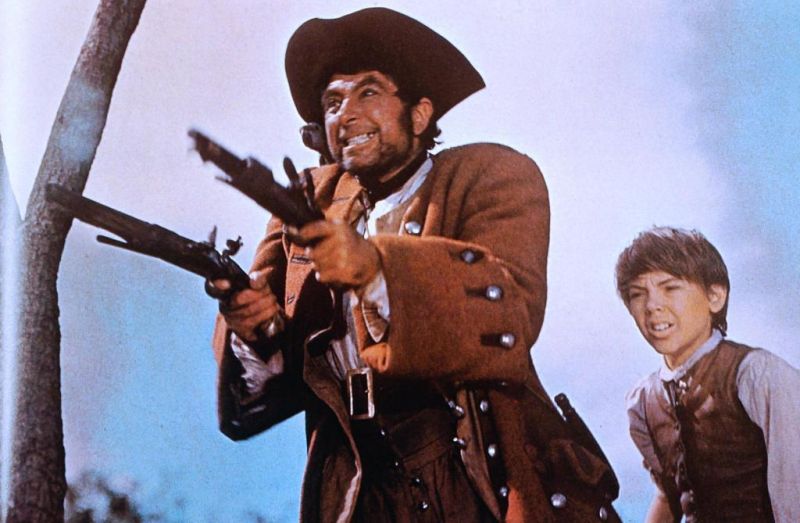 Beautiful sets, gorgeous mattes and paintings, and a bit of location work, bring the film vibrantly to life, and it plays with a sense of innocence and nostalgia. In fact, watching this film I could imagine young viewers coming out of the theatre and playing at pirates, and treasure seekers.

Taking into account that this is their first live-action feature film, Disney does a great job, and watch for the occasional appearance of a Time Lord… Patrick Troughton can be spotted amongst the pirates, and almost kills young Jim.

There is blood, death, and high adventure on the seas. In fact, for a Disney film there is a pretty high body count, and Jim finds himself in all manner of dangerous situations. It makes for a riveting and exciting film that has stood the test of time easily.

And of course, the one thing through it all is that Silver isn’t to be trusted, and he’s fairly likeable, but he’ll betray any and all whenever he can.

Now, while it may not be as action packed, or epic as Pirates of the Caribbean, Treasure Island remains a solid classic, and set the stage for future Disney films that adapted classic tales.

Definitely worth a watch! 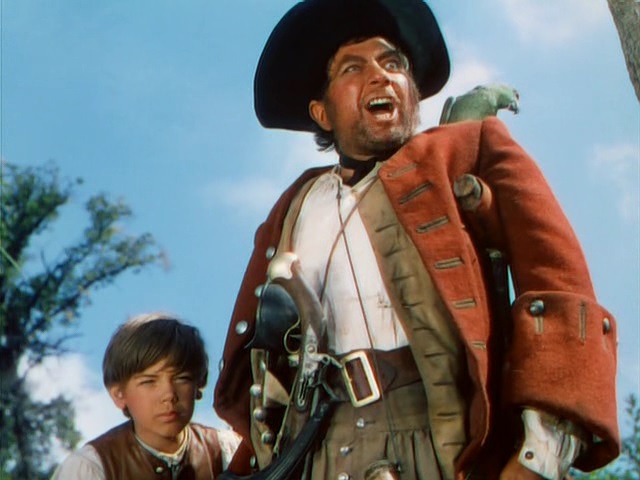