As I return to the Family section in the Great Movies – 100 Years of Film book, I am delighted to dig into another Pixar movie. In fact, the first Pixar feature film. Since 1995, Pixar has released incredible films that have become a treasured part of modern culture. It’s hard to believe that it all started with this feature film (and a couple of brilliant shorts, of course).

Taking a classic thought ‘what happens with your toys when you aren’t around?’ and putting into play the classic Pixar storytelling trope – your main character is great or has something that they love beyond all things, and then take it away from them, to watch them grow, Toy Story started this trend, and Pixar working with this formula continues to amaze.

Tom Hanks brings Woody the cowboy to life. As the de facto leader of Andy’s toys, he loves his life, and things can’t get any better. That is until one of the days that toys dread arrives, a birthday.

Young Andy (John Morris) has been hoping for a new space toy, Buzz Lightyear (Tim Allen) and Woody’s world is rocked when Buzz ends up taking over his life, relegating Woody to the toy box. Jealous of Buzz’s new position in Andy’s room, Woody is out of sorts, and is eventually mistakenly accused of murdering Buzz by knocking him out a window. Determined to find Buzz and prove his innocence, Woody sets off on a fantastic journey that takes him to the far reaches of Pizza Planet, one of the greatest restaurants in the universe (if it existed in real life!) to the terror of Sid’s (Erik von Detten) house next door to Andy’s.

It has now, all become cinematic history, becoming 94 on the Internet Movie Databases Top 250 of all time.

The film discovered the balance of humour that would captivate all members of the family and the equally important thing that eludes not just so many family movies, but films in general, the need for a good story and strong characters.

Filled with memorable moments, the film is also the birth place of oh so many Easter eggs that would pop up in all the other Pixar films, like the Pizza Planet truck, and the number A113.

I can remember the first time I saw this film, and delighted in it. I have seen it countless times since. It endures, and even though, looking at it now, the computer generated images seem dated, the story, moments, and characters will constantly prove that you have a friend in me. 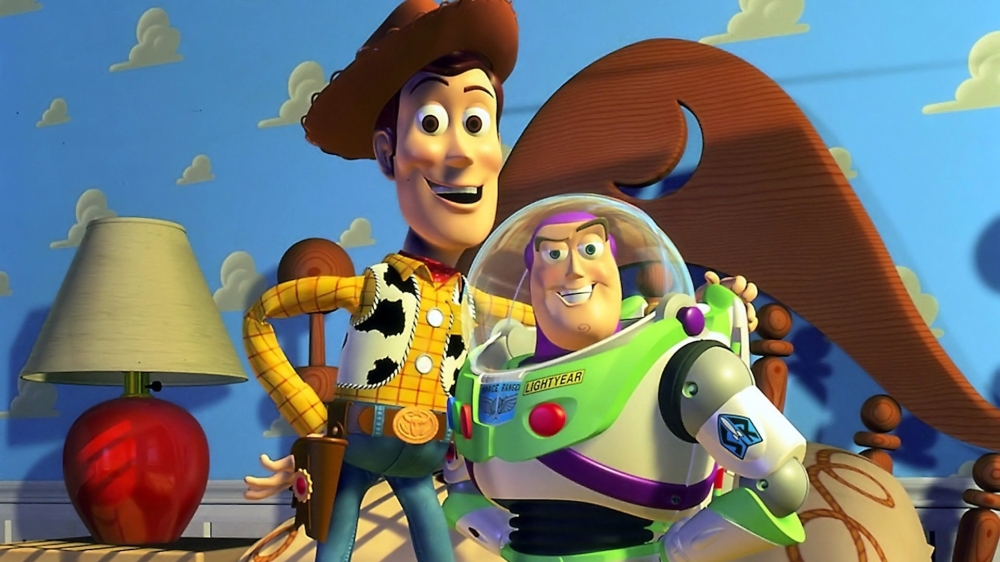