When I saw Dunkirk in IMAX this summer, I came out of the theatre with a one word review, “Wow.” Now Christopher Nolan’s brilliant retelling of the British evacuation from Dunkirk comes home on blu-ray and DVD thanks to Warner Brothers.

Running at a taut hour and forty five minutes (Nolan’s shortest film since Following), and it’s a nerve-jangling, nail-biting ride the entire way. Nolan shot over three quarters of the film on the large format IMAX camera, and the blu-ray transfer slides back and forth in screen sizes to give you the theatrical experience at home.

There is something about the level of detail that is captured by the IMAX camera that just makes this entire film an incredibly visceral experience. In fact, the entire way through the film, I remember that I had clenched the armrests of my seat, it was such a tense experience for me.

Filled with a bunch of young, new to the screen actors, which only adds to the reality, the film was shot entirely on location at Dunkirk. Bookending the performances of these youngsters are Kenneth Branagh as Commander Bolton, Tom Hardy as spitfire pilot, Farrier, Cillian Murphy as a shell-shocked soldier picked up by a boat on its way to Dunkirk, and a listen close and you’ll miss it audio cameo by Michael Caine.

This temporal shuffling is also highlighted in the use of sound, and in the film’s score by Hans Zimmer with a ticking clock resonating and pulsing constantly.

This means, of course, that you have to pay attention and keep the temporal lines straight in your head, not a difficult task, but it makes you an active participant in your watching of the film, it’s not an objective experience.

Nolan will do it practically every time if he can, and Dunkirk is no different. It’s on location, with actual planes and ships (some that were actually on site during the actual Dunkirk withdrawal), once again lending to the reality of the film

Dunkirk remains a stunning, visceral experience, brought vividly to life by a filmmaker at the top of his game. This is one of my favourite films of the year, and a must have for any cinephile. .

The blu-ray comes with an additional disc with a string of featurettes, running as one complete two hour documentary, that take you behind every moment of the film, and how they were crafted. 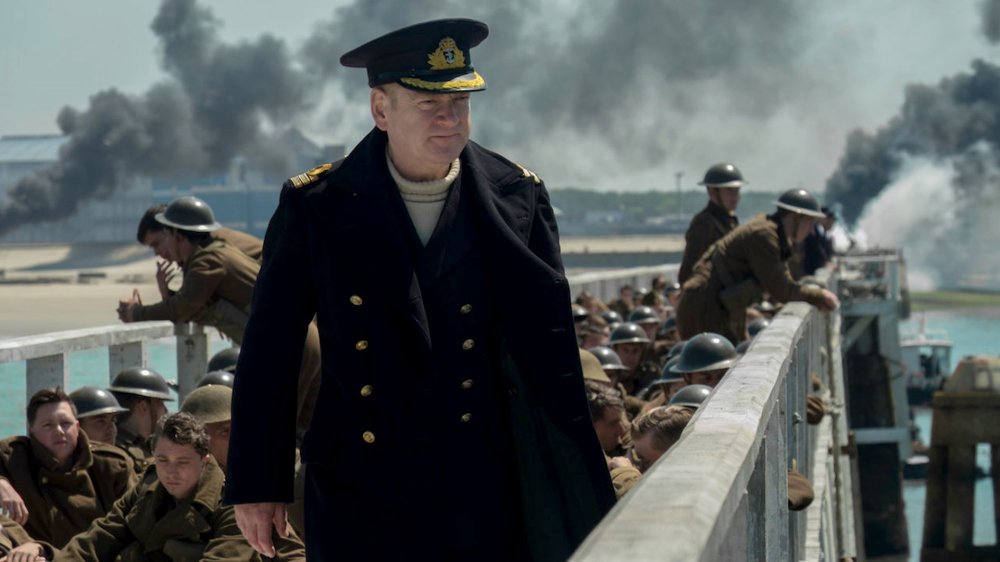