The hyper-kinetic assassin thriller The Villainess, has it’s Toronto premiere this evening at Toronto After Dark, screening exclusively at Scotiabank Theatre. This South Korean film is nothing short of a high-octane thriller that recalls Besson’s La Femme Nikita with overtones of Tarantino’s Kill Bill.

Ok-bin Kim stars as Sook-hee, a violent woman with a violent past who is recruited and trained, after a dizzying point of view action sequence which opens the film, by an agency to be trained as an assassin.

Even as her training progresses there are elements moving around her, manipulating her. We are treated to flashbacks that fill out her character, and reveal secrets, motivations, and terrifying truths.

The action sequences are bloody, not quite over the top, but hinting at it, but they are also stunningly staged, the highlight being a motorcycle chase/sword duel.

Truths are revealed even as Sook-hee struggles to balance a life with her child, and the violent assignments that draw her closer to an ultimate, inescapable confrontation that will shake her world to the core. 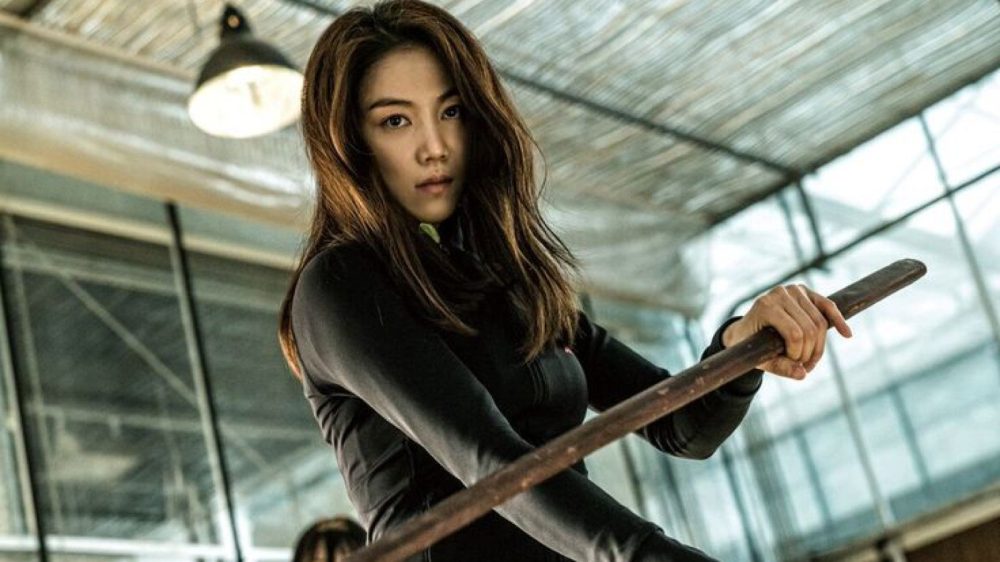 Kim turns in a solid performance, and the action sequences are nicely choreographed, though at times the camera work is a little too shaky for my personal preferences.

The story is involving as the film interweaves past and present as Sook-hee finds herself conflicted, loved, and on the hunt. It’s a solid romp. This violent homage to a pair of classic films is dark, entertaining, and sure to be a crowd-pleaser for the After Dark crowd.

There isn’t a lot of subtext to the film, it’s all on the screen, and blatant in its delivery, but that doesn’t mean it’s not a fun ride, and Kim is wonderful to watch.

I love when the second act gets under way, as we, the viewer know, that Sook-hee is being manipulated, and that once everything is revealed to her, things are going to go sideways very quickly, and when they do – things unravel quickly and violently.

This film, and the rest of the selections that the Toronto After Dark festival runners bring in, are designed to work with a receptive audience, and the After Dark crowd is very much one of those. This one is going to rock the theatre.

This was the first film of the festival that I was able to take in, and was, for me, a great introduction to this year’s offerings.

What will you be watching After Dark? I’ll see you there!