There’s the road sign up ahead, it’s time to take a weekly turn into The Twilight Zone, as I delve deeper into Season 4 of The Complete Series on blu-ray, now available from Paramount Pictures.

First up is a tale of love, jealousy and witchcraft with Jess-Belle. Written by Earl Hamner Jr. this spooky little gem first aired on 14 February, 1963.

Jess-Belle (Ann Francis) is consumed with jealousy when her heart’s desire, Billy Ben (James Best) gets engaged to Ellwyn (Lauren Devon). Determined to win the heart of the man she wants, she ventures out to see the local witch, Granny Hart (Jeanette Nolan). Unable to pay for a love potion, she makes a more costlier deal, but she must have Billy Ben!

Despite the potion’s potency, when midnight strikes, Jee-Belle’s tab is called, and she discovers what price Granny Hart will exact.

Now from a modern perspective, Jess-Belle isn’t quite the baddie the story would have you believe she is, considering what happens to her at the story’s climax. We get the history of the relationship between Ben and Jess-Belle, and it seems like he just used her in secret until something ‘better’ came along. Now sure, she can’t let things go, but she was definitely wronged in the treatment she received.

She becomes a tragic character following the cost of her bargain,and Francis is very good in the role and while you want Ellwyn to be happy, you want a form of justice for both her and Jess-Belle.

The extras include an interview with Anne Francis, commentary by Hamner and Zone historian Marc Scott Zircee, a 1978 interview with Hammer, producer Buzz Kulik, and Francis, sponsor billboards and an isolated score by Van Cleave. 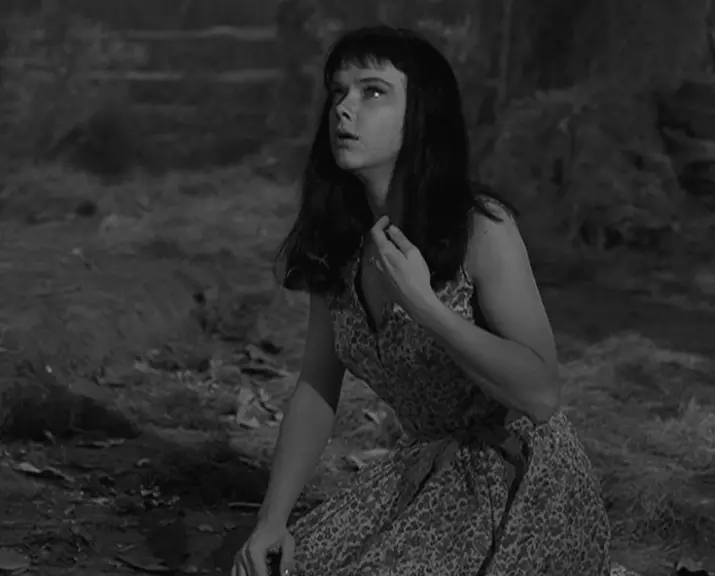 Miniature is up next. It was written by Charles Beaumont and first aired on 21 February, 1963.

Robert Duvall stars in this episode as Charley Parkes. Charley is a bit of an outsider, and finds that his world begins to collapse in on itself, when he comes across a dollhouse that becomes more important, and more real to him than his job, and his domineering mother (Pert Kelton).

As he watches the inhabitants of the dollhouse come to life for him, and he becomes more fascinated with their lives than he is with his own.

His family try to help with finding him a job, setting him up on dates, going to see a doctor, but none of it seems to interest him. Instead he would rather lose himself in the world of the dollhouse, and the lives of its inhabitants.

It’s a fun ending, and a is a bit of a love story, and Duvall turns in a solid performance.

The extras include a commentary by William Windom who plays Dr. Wallman, a commentary by Zircee and renowned script writer William F. Nolan. There is also an isolated score by Hollywood legend Fred Steiner.

Next week we gear up for more eerie tales as I continue exploring Paramount Pictures The Twilight Zone: The Complete Series on blu-ray. 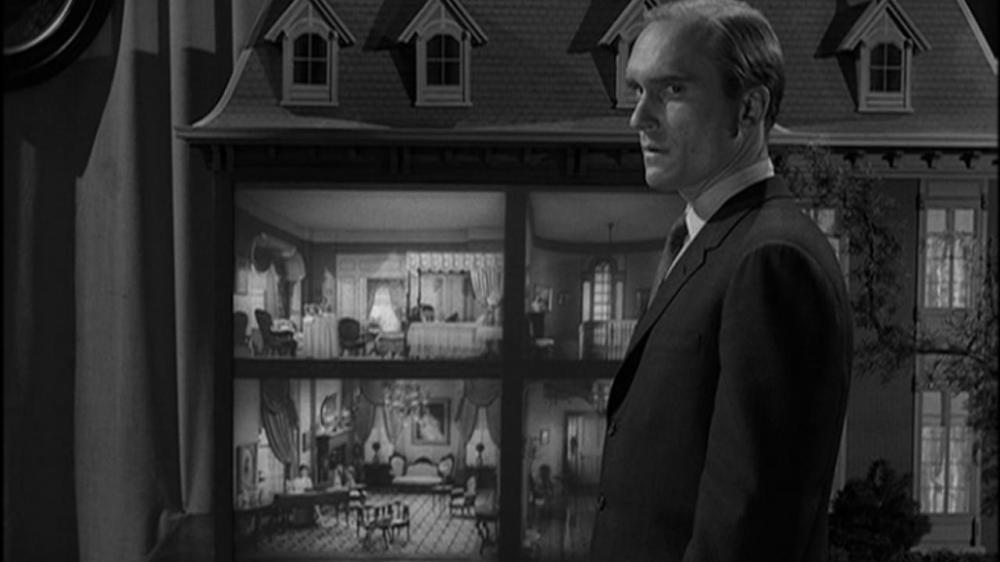