The next title on the What Else to Watch list in DK Canada’s The Movie Book, following their recommendation of Blue Angel (previously reviewed) is Bob Fosse’s 1972 Oscar winning classic.

Starring Liza Minnelli as Sally Bowles, the film is set in Berlin. Sally, an entertainer in a local club, is the film’s centre but is surrounded by a number of interesting and secondary characters including Brian Roberts (Michael York) and Fritz (Fritz Wepper) as the Nazis rise to power around them.

There is the pursuit of money, lovers, and maybe even occasionally love, but it’s all hidden by a joyous, playfully dirty facade.

Joel Grey is perfect as The Master of Ceremonies, singing the iconic song Willkommen, which won him an Academy Award for Best Actor, Supporting. Minnelli took one home for Best Actress, and the film strolled away with Best Director, Best Cinematography, Best Art/Set Direction, Best Sound, Best Editing, and Best Music for Ralph Burns.

Fosse directs, and stages the musical numbers, bringing his inimitable style to the screen. It’s by turns funny and dramatic, overtly sexual, and celebrates its freedom in front of the oncoming fascism of the Third Reich.

Sally is funny, and talkative. Constantly going on, talking so much that she doesn’t say anything at all, while dealing with some daddy issues and keeping real emotions at a distance.  So what happens when it comes along? Will it be Brian or the charming, wealthy, Maximilian (Helmut Griem)? Or will there be so much more to resolve?

And as final shots go, the one in this film is brilliant, and may in fact be one of my favourites.

I’ve never been the biggest Minnelli fan, but I can openly admit she’s fantastic in this one, but Joel Grey steals the scene every chance he gets.

The film revels in its freedom, even if that freedom is clumsy, self-involved, and unique. I love how the film plays with sexuality and makes no judgements on any of it, leaving that in the hands of the Nazis whose goose-stepping draws ever closer throughout the film.

In fact, given the state of the world at this moment, this film seems almost to be the anthem that is needed, even with that forbidding final shot. In the end, it is the fascists who have the skewed perspective on reality, seeking to conform it to their views, when the rest of us know that the real world is messy, filled with emotion, variety and diversity, all of it loving and longing to be loved.

I really enjoyed this one, I laughed a lot, dug the story, liked most of the songs, and practically cheered every time Grey was on stage.

But don’t take my word for it, check it out yourself, or pick up a copy of DK Books’ The Movie Book and find something amazing to watch tonight! 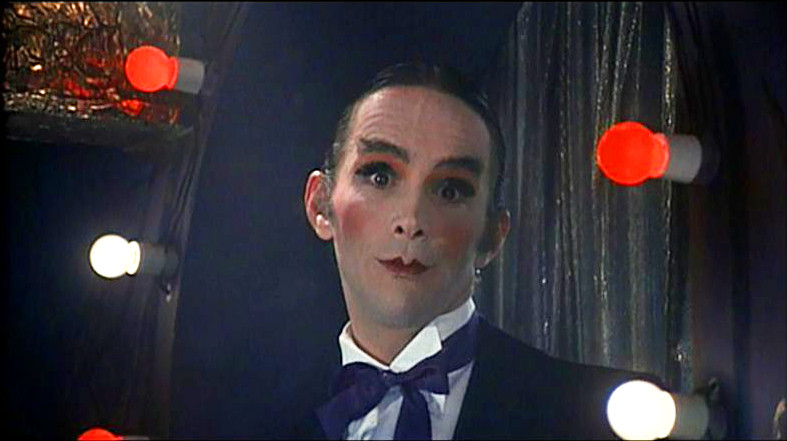