The final film for me to watch from DK Book’s The Movie Book What Else to Watch list following my screening of Steamboat Bill Jr. is this Buster Keaton classic.

Keaton plays Rollo Treadway, a young rich socialite who is in love with the equally rich young woman, Betsy (Kathryn McGuire) across the street, He has a big plan to marry her and take her on a cruise to Hawaii. All he has to do is ask her.

Unfortunately, she rejects him. Rollo decides to go on the cruise anyway, but through a series of comic circumstances he ends up on Betsy’s father’s ship, The Navigator. Unbeknownst to Rollo, Betsy comes aboard when she hears her father calling for help.

With just the two of them aboard, the ship is set adrift, and the two characters eventually discover one another, and despite having no real skills, survive together through comedic incident to comedic incident.

There are some great moments, the early part of the film has a running gag that sees Rollo constantly losing his hat but reaching through a doorway to grab a fresh one a moment later. 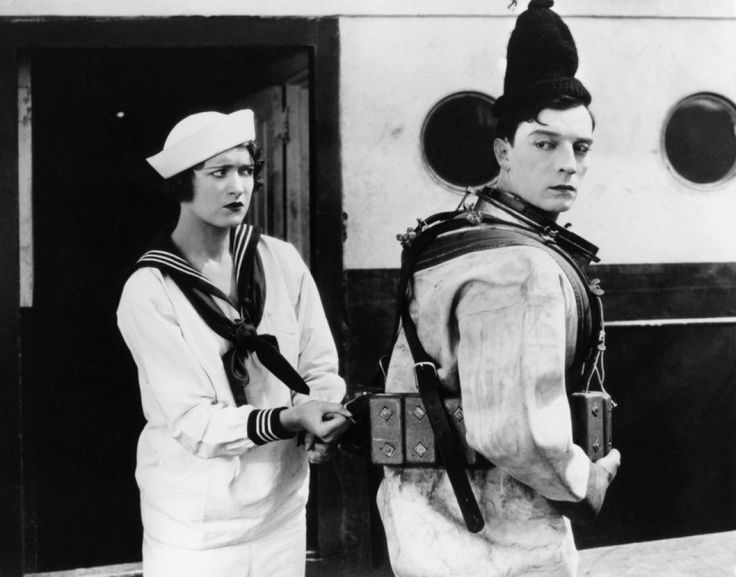 They learn to live together, begin to fall for one another, and carve out a semblance of a life. That is until they draw too close to an island filled with dangerous natives.

While extremely fun, and featuring some great moments, and stunts, it doesn’t feel as solid or engaging as the other Keaton films I’ve watched over the past few days. Don’t get me wrong, it’s solidly entertaining and has a number of laugh out loud moments, but I just wasn’t as hooked with this one as I was the other films I watched.

Keaton remains brilliantly likeable, puts himself, literally, into precarious positions, and is intent on telling a good and entertaining story. The film is filled with some great sight gags, including a wide shot of the ship as Rollo and Betsy climb stairs, and pass through various entryways as they search for one another.

I will admit to enjoying the absurdity of the underwater sequence that sees Rollo duelling with a swordfish.

With a runtime of an hour, this one, while not as strong as Our Hospitality, is another great introduction to the performer and actor. It’s amazing what he is able to convey with an expression, and the humour he is able to imbue in his films.

If you’ve never seen a Buster Keaton film the list and recommendations provided by DK Books’ The Movie Book is a great place to start. You should pick one up and find something to watch tonight! 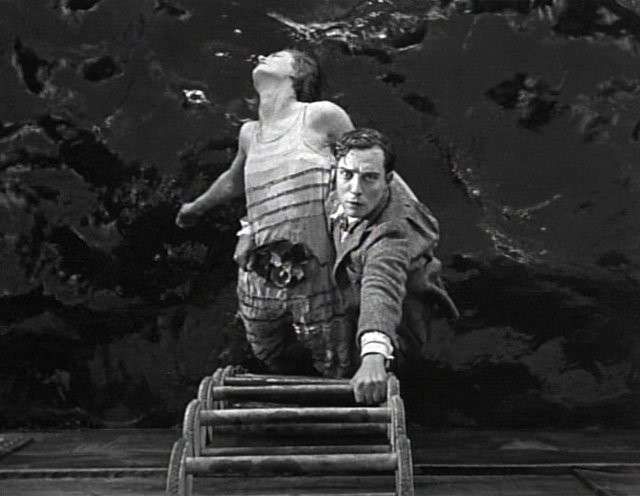