Lonely Among Us is another mixed bag episode that shows the series is still trying to find its feet. Written by D.C. Fontana from a story by Michael Halperin, this episode first aired on 2 November, 1987.

The Enterprise is ferrying delegations (necessitating the introduction of the new dress uniform) to the planet Parliament (why they just couldn’t use Babel, and tie it in to the Original Series I don’t know) when she passes through the edge of what they think is just an energy cloud.

What the crew don’t realise that the cloud is composed of life forms and one of them is now aboard the ship, travelling from person to person, until finding a kinship with the exploratory soul of Captain Picard (Patrick Stewart).

The ship’s First Officer, Riker (Jonathan Frakes) is trying to juggle the problems with the delegates while realising that there is something wrong with the captain. He, Dr. Crusher (Gates McFadden – who is forced to wear a ridiculous head mounted contraption which makes its first and only appearance here) and the rest of the crew have to decide if and how they can stop the Captain when he makes bizarre decisions, and orders them to return to the cloud.

Seeds of continuity are planted with the reappearance of yet un-named officer played by Colm Meaney and we are introduced to Data’s (Brent Spiner) love of Sherlock Holmes, Worf’s (Micheal Dorn) deadpan sense of humour. We get yet another Chief Engineer, Singh (Kavi Raz), though Argyle is mentioned. Singh also becomes the first crew member to die aboard ship in the series. 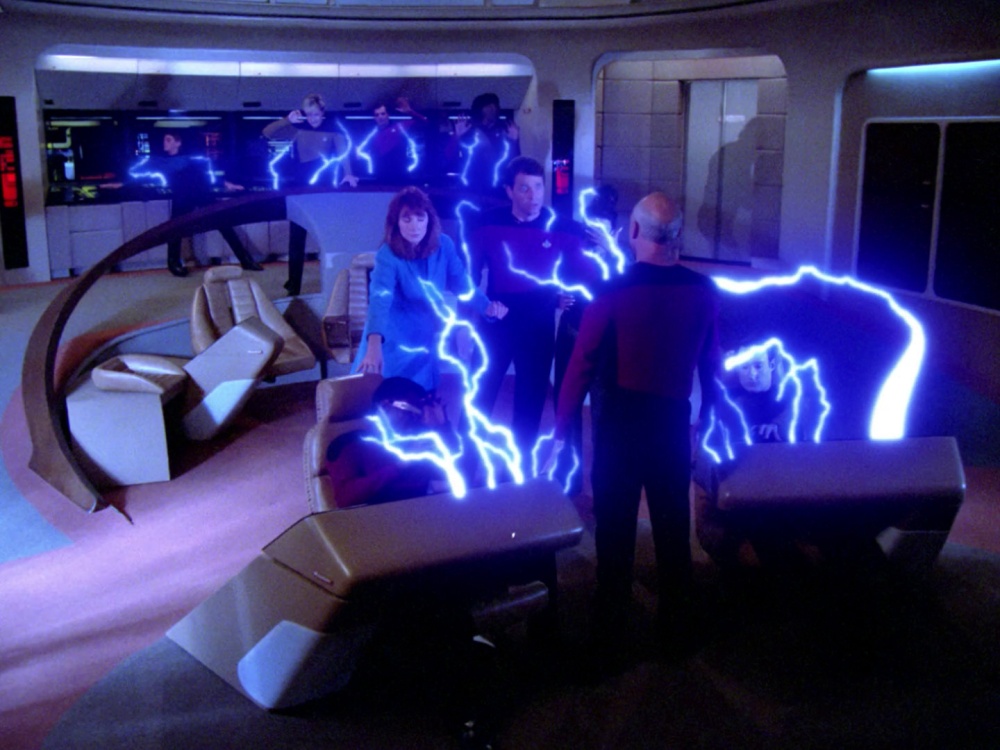 Oh, that Wesley (Wil Wheaton). He definitely seems to find his way into trouble throughout the first season.

Justice was written Worley Thorne from a story developed by he and John D.F. Black. It first aired on 9 November, 1987.

After a successful but trying mission, the Enterprise takes it’s first R&R at the planet, Edo. The inhabitants are sensual, passionate and active, with minimal rules, but those that are enforced carry only one sentence – death.

Of course, Wesley finds himself in trouble when he accidentally breaks one of the laws, and now his life is forfeit.

Picard, with Beverly Crusher frantic about her son at his side, tries to figure out a way through this that will bring satisfaction to all parties.

A strange reading in orbit hints that the god of the Edo may be a real thing, and Picard discovers an alien vessel who has set the guiding laws of the planet. He appeals to them, arguing that laws cannot be absolute if justice is to be served.

I can honestly say I have seen this episode way too many times since it first aired, and I have to be honest, I’ve never cared for it.

Yes, I like the location shoots, it had to be nice to get out of the studio, but the story still doesn’t do much for me. 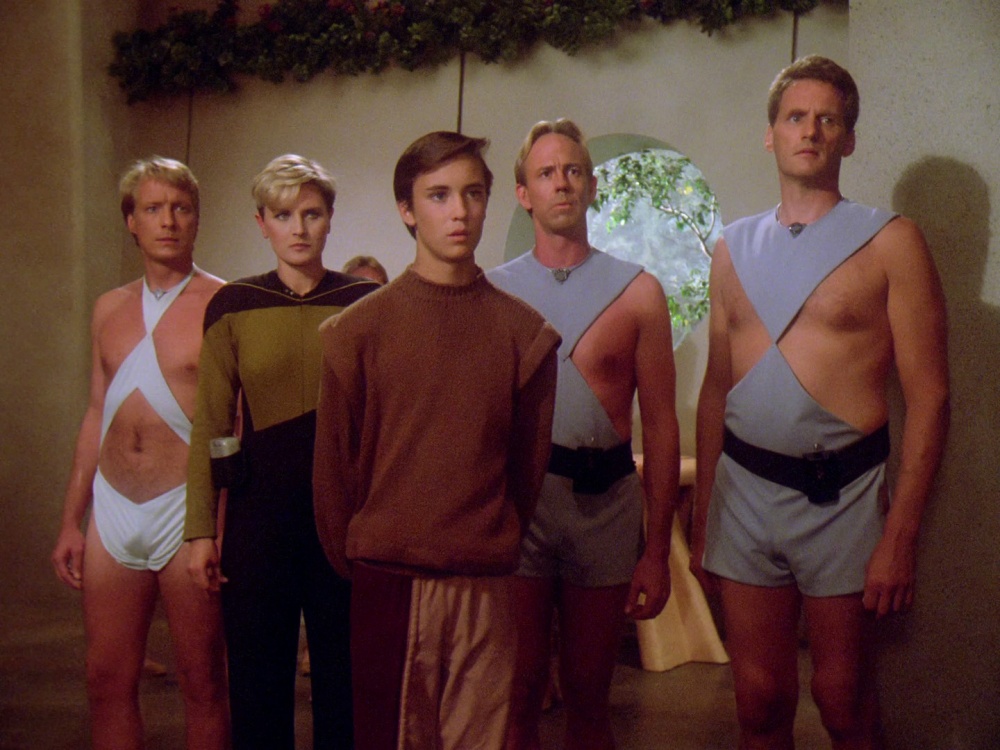