I return to the Great Movies – 100 Years of Film book and venture back into the family genre. And despite the fact that it’s May, it’s apparently time for a Christmas movie.

I’m a little bit divided on this one. It has so much working for it. It’s written and produced by John Hughes, directed by Christopher Columbus, features a score by John Williams, and has a very solid supporting cast, everyone from Catherine O’Hara, John Candy, John Heard, Joe Pesci, Daniel Stern, to Roberts Blossom.

And yet, this one never really worked for me. But I think that’s because I bring my own baggage to it. No, I was never left behind when my parents went on Christmas vacation which it was happens to young Kevin McAllister (Macaulay Culkin).

No, the film came out while I was at University and was home for the holidays, and it was put out as an idea that we all go see the movie together as a family. This was a rough time for all of us. My parent’s marriage was in real trouble, I was an angry teenager, and I fought with my father more than I should.

But it was Christmas.

Still the idea of going to a family movie, with my family, really didn’t appeal to me. I think I instinctually grew to dislike the film because of the circumstances in which it was presented as an option to me.

Suffice to say, I didn’t go to the movie with my family, and that may well have been the last time we would have gone out and done something as a family. 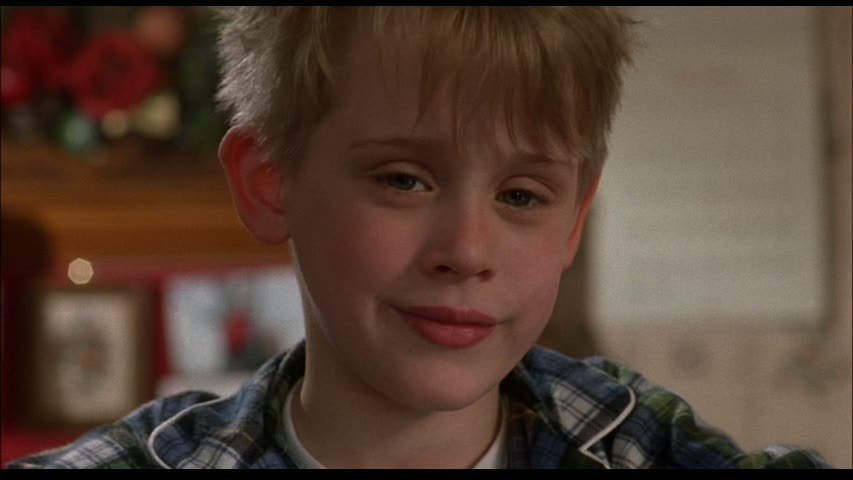 Sure, I’ve seen the film a couple of times since then, and if’s fun for what it is. I just wonder if I would have enjoyed it more, if I had gone along and done that one last outing with my family.

Kevin is left behind in a flurry of confusion and accidents when his family, and extended family run out the door, almost late for their plane to France. While his parents and everyone else try to find a way home to Kevin, who breaks the fourth wall a couple of times, is having a great time doing all the things he wouldn’t be allowed to do if his parents were home. And they are all things, kids have always wanted to do.

Things aren’t all jumping on beds, and eating junk food, however. It seems two criminals, Harry (Pesci) and Marv (Stern), have learned that the McAllister family, as well as others on the street, will be away for the holidays, and they plan to knock over all the houses.

Kevin, who is a bit of a brat, and always has everything done for him, realises he is going to have to defend his home from the invaders and face his fears.

There is a good heart to the story, the comedy tends to be pretty broad, however, leaning towards the Three Stooges in terms of physical humour, as Harry and Marv trigger traps Kevin has created and get pummelled constantly.

Watching it now, I laughed a few times (and who doesn’t love the whole “Keep the change ya filthy animal” bit), but the thing that I really enjoyed, as I always do, is the score by John Williams. Columbus has proven he’s a more than capable family film director over and over, and while this one may be one of his biggest hits (at least until he did Harry Potter) it’s not my favourite example of his work.

But like I said, that may be my history with the film. Everyone else seems to love it. 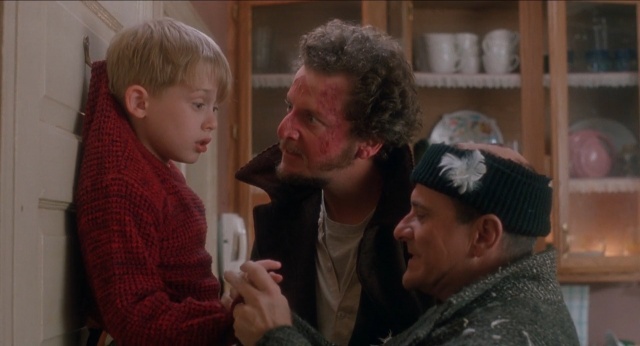