My time with DK Books’ The Movie Book pays off big time with the What Else to Watch list associated with Melies’ A Trip to the Moon – it brought me this 1964 oddity, which is based on H.G. Wells’ story.

A multi-national crew is making the first manned landing on the moon. Imagine the crew’s shock when they come across a Union flag and a proclamation from 1899 laying claim to the moon for England and Queen Victoria!

The space agencies on Earth try to hunt down the meager leads the mission gives them, and it brings them to the aging Arnold Bedford (Edward Judd) who tells a bizarre tell involving the woman he loves, Katie Callender (Martha Hyer) and an eccentric professor, Joseph Cavor (Lionel Jeffries).

It seems Cavor succeeds in creating a material that disrupts gravity, and fashions a space capsule around it. This whole sequence is pretty fun, filled with humour, and played lightly. In fact the whole film is played as escapist fare. It just strikes me as odd that I hadn’t heard of it before. I would have loved this one as a kid.

Once launched into space, the gravity formula wears off enough for the capsule to end up being caught by lunar gravity (thank goodness for that, because the capsule had no real engines, and didn’t look to have enough food for a long voyage), and at this point the film becomes a UFO nut’s dream, combining nicebly with a bit of Victorian steampunk, thanks to Cavor’s invention. 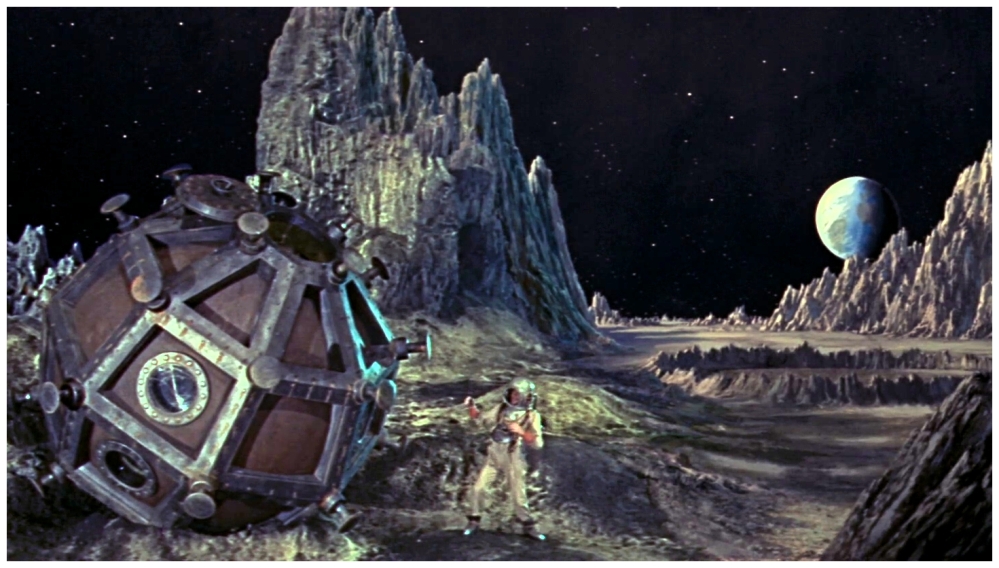 ​
On the moon, they discover an underground alien base, inhabited by large-eyed insect like aliens who are a little smaller than humans, appear kind of grey/green/black and they conduct an examination on the capsule’s inhabitants.

I’ve heard all of those things before in supposed alien abduction cases. It’s all there in this film, but the aliens, who are smart enough to be using solar power, don’t have any ships. Everything else sure sounds familiar to conspiracy theorists who will no doubt recognise some of the rumours that race through the UFO community.

Cavor needs to create more of the material before they can leave – again, why didn’t he pack enough? And we learn that the aliens aren’t necessarily bad, just different.

The story is fun and most of the special effects work, most. The stop-motion used does a fairly nice job, and you can forgive the man-in-a-suit aspect of some of the aliens, especially when you can see masks flapping, or not sitting right on the performer’s head.

I’d love to see something like this remade right, perhaps a little darker, really playing up the wonder and fear of such a discovery on the moon. 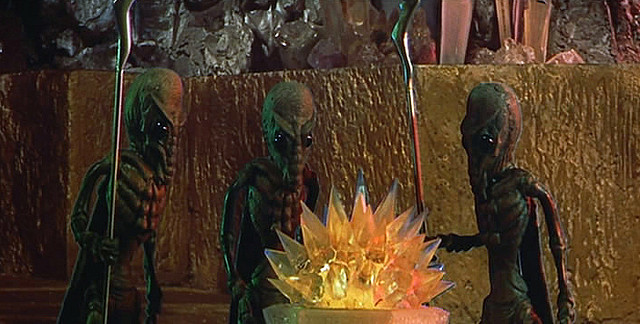