Buckle up because there’s the signpost up ahead! It’s time for more eerie tales from The Twilight Zone as I continue to explore The Complete Series on blu-ray from Paramount Pictures.

Up first is A Thing About Machines. Penned by Rod Serling, with an original airdate of 28 October, 1960, the story follows Barlett Finchley’s (Richard Haydn) fear of machines. Nigh on paranoia.

And what if he is right to fear them?

His television, clock, toaster, typewriter, car all seem to have minds of their own. Of course, no one believes him in his battle against his appliances… Is he going mad? Is it really happening? Every piece of machinery and electronics in his home seems to be against him. Of course, he could always move… but this is his house!

He seems to treat people as cruelly as the machines treat him. He is aloof, cold and austere. And apparently, the machines will teach him a thing or two before the end of the tale.

If done right, this could have been a spooky, in fact, flat out frightening tale, but instead it is just a little haphazard. Its message is there, but overall this one feels like a swing and a miss, because we know what it could have been. 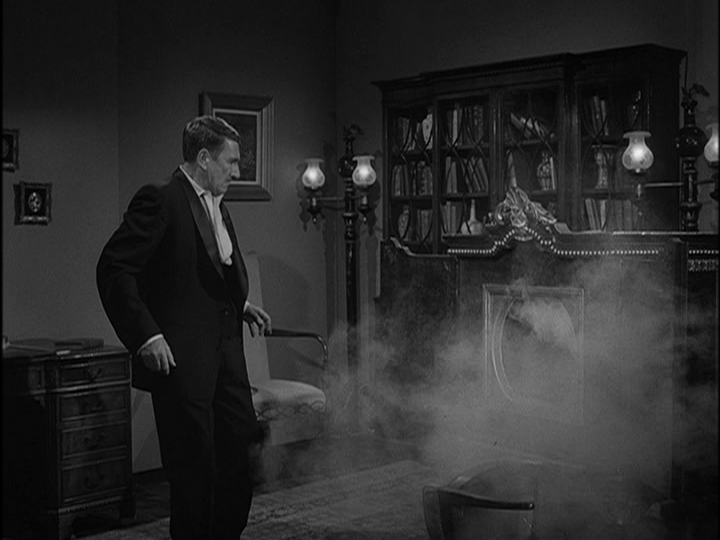 The Howling Man is next up. Written by Charles Beaumont, the episode first aired on 4 November, 1960.

This one I like. David Ellington (H.M. Wynant) is forced to take refuge from the a storm one night and finds himself at an abbey, overseen by Brother Jerome (John Carradine). The host of monks attempt to turn him away from their isolated home, but Ellington is ill and they finally agree to take him in.

Ellington is troubled by the revelation that the monks seem to be holding a man (Robin Hughes) prisoner, a man who will not cease his howling and calls. Ellington thinks the man should be set free, and when Brother Jerome reveals who the monks believe the man is.

Jerome claims that the man in the cell is no men at all, but is in fact the Devil himself. The Brother, who looks like a Moses wannabe, makes his argument to Ellington, but the ill traveller is unsure of what to believe.

Are the monks right? Should Ellington free him?

The extras this time around include an audio interview with Wynant, billboards, a radio version starring Fred Willard, a 1978 interview with Douglas Heyes, the episode’s director and a commentary by film historian Gary Gerani. 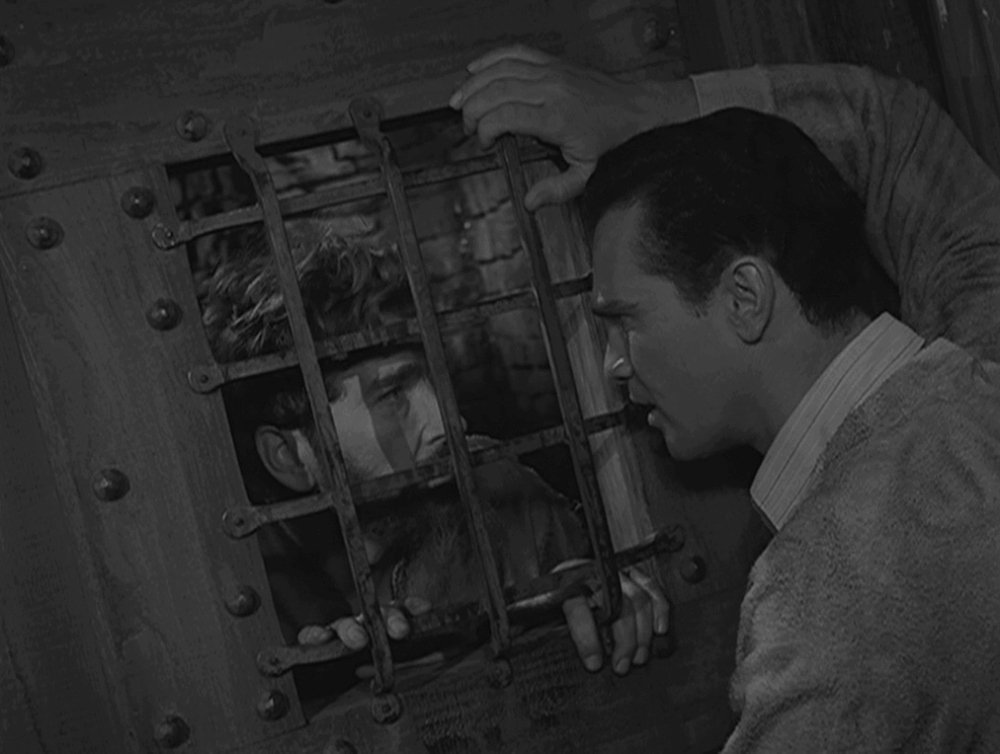 The final episode this week is the iconic Eye of the Beholder. This has the wonderful twist at the climax of the episode that has been parodied, copied, and nodded to over the decades. The story is by Serling, and first saw the light of day on 11 November, 1960.

Janet Tyler (Maxine Stuart) is in her hospital bed, face completely wrapped in bandages as she has undergone an operation in a final attempt to make her look normal. She wants to fit in and be beautiful like the rest of the world.

The reveal is kept almost to the end of the movie with no one’s face being seen onscreen until then, only backs of heads, and silhouettes. Today, as the story has been around for so long the reveal isn’t as surprising now, but it’s still a solid and well-earned moment, proving once and for all that beauty truly is in the eye of the beholder.

Not to be overlooked are the themes at work here, the fear of the other…

The extras alone should tell you how important the episode is not only to the Zone, but to television itself.

My explorations continue next week! Make sure you check them out, and take a look at The Twilight Zone: The Complete Series on blu-ray from Paramount Pictures today! 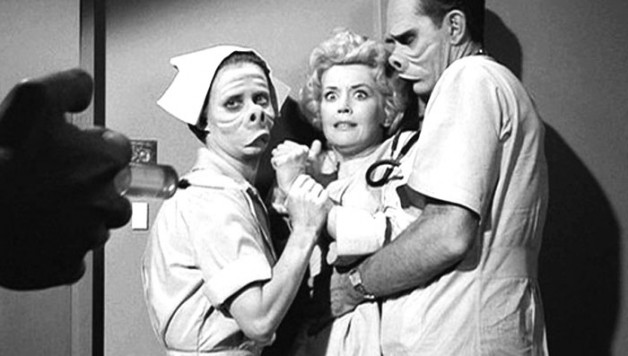