The first series of the relaunched BBC series, Doctor Who , comes to a close this week with The Parting of the Ways. Written by Russell T. Davies and with an original airdate of 18 June, 2005 the episode saw the Doctor (Eccleston) confronting the Dalek fleet with Captain Jack Harkness (John Barrowman) at his side while he flies to save Rose (Billie Piper) and figure out how his mortal enemies escaped the Time War.

We also get the revelation of the meaning of Bad Wolf, and why the phrase has followed them through time and space. It changes the game for all parties involved, and it’s hard to say who it affects the most – Rose possessed by the heart of the TARDIS (not to mention everything that leads her to that), the Doctor’s regeneration, or Jack’s return from the dead.

This is a wonderful finale for the first season, and pays off with some incredibly emotional beats . It’s fast-paced, well written and puts our heroes in harm’s way. By the end of the tale the events of the story will cost our heroes. It’s time for a regeneration, something that stuns Rose, and leaves the audience (most of whom were new to the concept) agog. They just got comfortable with a new series getting into the idea of the Doctor, and then he changes on them!!

I remember, even knowing about regenerations being a bit shocked, but incredibly excited that we were getting a new Doctor, the series would continue – there were a few regnerations to come yet. It meant that there would be more travels in the TARDIS. 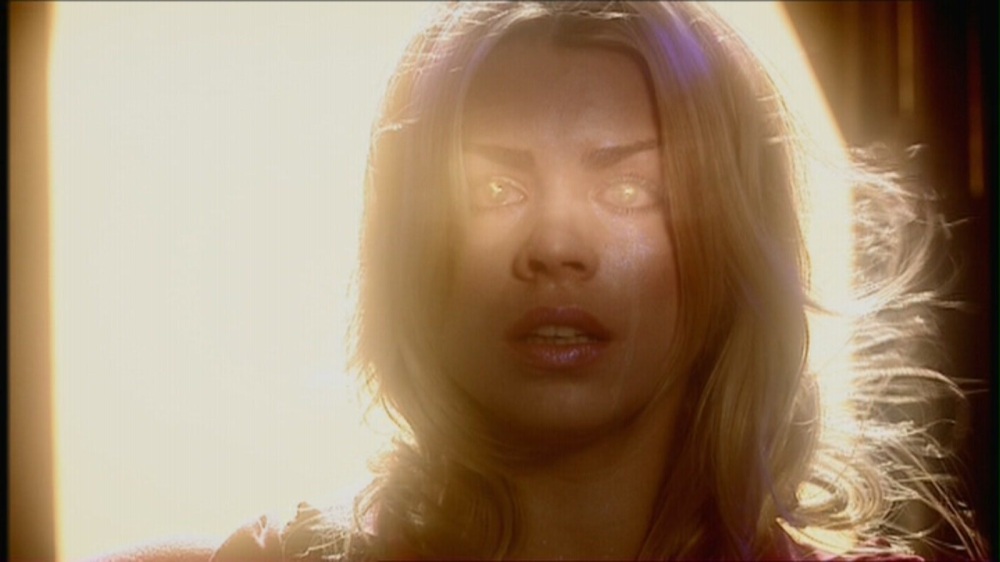 The Christmas Invasion started a new trend for the Doctor (David Tennant) and the series, a Christmas themed special that would serve as an event story, and usually not play as part of the rest of the series, whether ending it or following it.

This story also served to introduce Tennant’s Doctor, despite the fact that he is in a regeneration induced coma for most of the episode.

It’s Christmas Eve and the TARDIS has returned Rose and the unconscious Doctor to London, while the Time Lord is laid up on Jackie’s (Camille Coduri) bed, Rose, Mickey (Noel Clarke) and her mother watch in awe and blossoming terror as they are attacked by robotic Santas, Christmas Trees and more, but they are all a precursor to the arrival of the Sycorax.

Happily, Harriet Jones (Penelope Wilton) is the new PM and is ready for such a threat, thanks to Torchwood. With the Doctor on the mend, will she go too far and what will happen when the Time Lord recovers enough to save the Earth once again.

Tennant’s Doctor is fun, smart, irreverent, friendly and quickly became a fan favourite, even when he goes through an angry streak, doesn’t allow for second chances, or brings down a government with six words. And as we buckled up for the big ride we didn’t know what to expect, nor how it would all play out.