Set in 1950s Pittsburgh, Washington pulls double duty, serving not only as director, but in the lead role of Troy Maxson a former ball player who struggles to do what he thinks is right by those he feels responsible to; his family. I don’t want to say any more, I went into the film with the barest knowledge of the film, only knowing all the actors involved were amazing. The experience was revelatory. One I will happily talk about it to anyone who wants to, but I won’t discuss it here on the blog. Have the experience.

Viola Davis (who took home an Oscar for her performance and everything you’ve heard about her is right, she is nothing short of fantastic) as Troy’s wife, Rose, turns in an amazing, stunning and heart-rending performance that is stirring, poignant, and nothing short of a masterclass.

The two together guide us through a tumultuous period as Troy does what he can to get by, but for all the giving he says he does, he takes and uses just as much, and through actions of his own, his world, his life, is torn apart.

It’s easy to point a finger at Troy and say he’s a bad man. To say that what he does to his family is wrong, but you also take in all the things he’s dealing with; how he was treated by the national league, fighting for a change in position at work, how his brother is treated after his discharge (and how Troy took advantage of it). It becomes tougher to rationalise that thought.

It brings up questions, makes you think, and makes you examine the relationships and connections in your own life. It’s a passionately made film and a strongly crafted cinematic realisation of a profound play.

Not always the easiest film to watch, but that’s the point of art, to make you uncomfortable and to ask questions. Washington and his talented cast and crew, which includes Stephen Henderson, Jovan Adepo, Russell Hornsby, Mykelti Williamson and Saniyya Sidney bring us into their family, and lets us looking unflinchingly at the flaws and diamonds that make up their lives.

The blu-ray looks gorgeous, translating the image nicely to the home screen, and making for a more intimate, powerhouse experience. Rounding out the blu-ray are a solid collection of extras, including how the film was adapted to the screen, a look at the cast, a profile and chat with Washington, Davis, and a look at Pittsburgh in the 1950s.

This is an actor’s film. All the performers have a chance to shine, and each and everyone of them is up to the task. Watching their performances, they bare everything for the cameras and their effort is beyond noteworthy and exceeds exceptional. There is never a moment of doubt that these are real people and we are watching their lives, the highs and lows, the pain and those moments that make everything worth it.

A beautiful film, Fences is available today from Paramount Pictures. 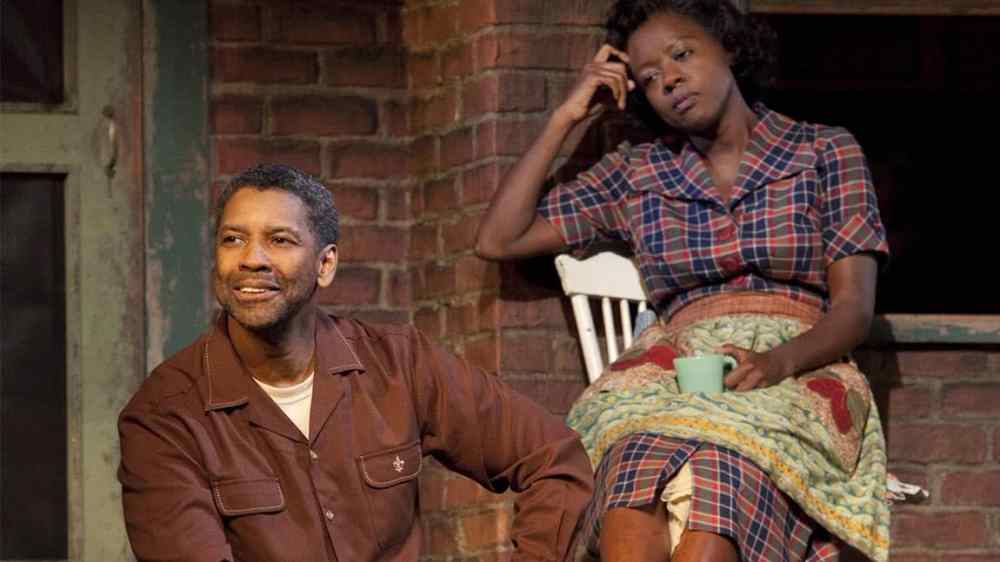