It’s a Wonderful Leap for Sam (Scott Bakula) when he finds himself as a New York cab driver, Max Greenman, in a contest to win his own taxi medallion. It’s 10 May, 1958, and Sam is about to realise he has more help on his side than just Al (Dean Stockwell).

This episode first aired on 1 April, 1992 and was written by Danielle Alexandra and Paul Brown.

Sam is aided by a woman, who he inadvertently struck with his cab when he leaped in. Her name is Angelita (Liz Torres), and she not only knows who Sam is, she tells him that she’s an angel.

An angel sent to help him.

There is a lot of fun moments with Sam, Al and Angelita, especially when it’s revealed that she can see Al.

It opens up a couple of ideas and theories about the universe Sam inhabits, as Angelita seems to on a mission not unlike Sam’s.

This ends up being a fun, smart and entertaining episode, that expands nicely on the mythology of the series, while telling a damned fine story.

Sadly, there’s a brush with history in this episode that is better best forgotten, considering Sam could have stopped a whole presidency with a few choice words. Sigh.

Despite that one thing, this is a beautiful episode, and Torres is priceless as Angelita. 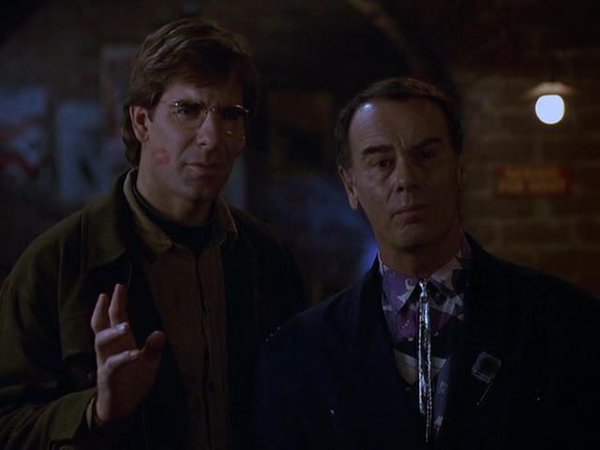 Moments to Live first aired on 8 April, 1992 and was written by Tommy Thompson. One could argue it’s Leap’s take on Stephen King’s Misery.

Sam is Kyle Hart, a soap opera star on 4 May, 1985. As the star of the most successful soap in America, he’s host to a contest winner, who will have lunch with him. As such, he meets Norma Jean Pilcher (Kathleen Wilhoite), his ‘number one fan.’

Norma Jean has a problem differentiating the fiction of the show and reality, confusing Kyle with his character, and Sam is on edge immediately. But his nerves don’t warn him about what comes next.

Sam ends up being kidnapped by Norma Jean and her husband, Hank (Pruitt Taylor Vince) and Sam has to do his best to change the original history – which, according to Al, saw Kyle being killed!

Things get worse when Sam learns why he’s been kidnapped.

With Al’s help, Sam tries to find a way out of the scenario he finds himself in, but Hank and Norma Jean are both troubled.  Sam will have to make Norma Jean face reality if everyone is going to come through this adventure alive.

Sam smooths everything over and just as things improve, he leaps…

…and finds himself exploring an ancient tomb, and discovers that it may be cursed.