This week’s DK book is going to get a lot of use from me in the upcoming months, as I dive into the rebirth of Doctor Who (I’m almost done with my run through the original series as I write this). DK Books and the BBC have come together to create this very beautiful visual dictionary, that ties in more with the recent seasons, than it does the ones that came before.

While acknowledging that the Time Lord we are currently spending time with has been around since 1963, and has had a variety of appearances, the book only seems to really concern itself with regenerations 11 and 12, with a little bit of 9 and 10 thrown in.

That being said, the book is highly detailed, and not without a sense of humour in its demarcation of certain items, and people, capturing the playful world the Doctor seems to not so much inhabit as create.

It takes us through a number of things that have been introduced since the series celebrated its return in 2005, from small things on space helmets, to a discourse and breakdown of the sonic screwdriver. We are introduced to his Companions, his allies and his enemies.

Now while most fans will be able to name people, locations, items, they may not know all the details that are put into them to add to their reality within the context of the Who-verse. They will now!

Having problems keeping River Song’s convoluted timeline straight in your head? Even this one might not help you.

Filled with beautiful production photos of props and performers the book looks gorgeous open or on the shelf with the rest of my Doctor Who books, though the lenticular cover definitely means I want to show it off.

The thing I love about books like this is that it gives the creators a chance to show off the level of detail they’ve crafted into the props, costumes or characters, and share pieces of trivia that may have been overlooked, even in repeated viewing of an episode (or two or three or all).

Officially licensed by the BBC, the book gives us a long overdue look at the Doctor’s universe including a beautiful look at the interior of the TARDIS console room, though the butterfly room, and the pool aren’t to be seen anywhere.

I’ve leafed through the book, read it, leafed through it again, and love wandering its pages, this is a book that is going to get a lot out of me, a fairly big Doctor Who fan. So if you have one of those on your Xmas list, this may well be one you may want to pick up before the Doctor returns (finally) on Christmas Day with The Return of Doctor Mysterio.

Doctor Who: The Visual Dictionary is available now from DK Books. 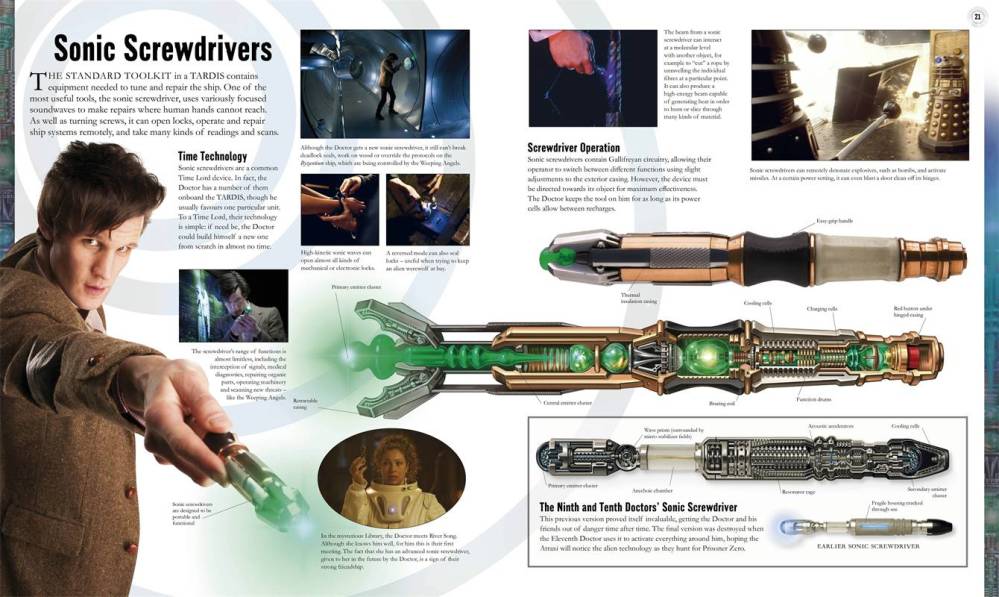